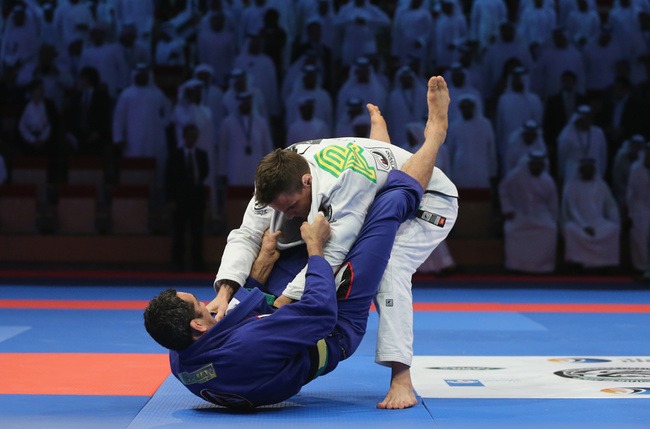 BJJ has come to a state where every time someone goes to pull guard they’re ridiculed. This behavior is highly reminiscent of how people acted towards leg locks not so long ago. The BJJ community is the habit of constantly having a black ship among techniques. Pulling guard is actually something that is very specific to the sport, and should be something grapplers are proud of. Despite what some people might think, a guard pull is a highly technical movement, and there are more ways than on to do it. there are a few really fun and effective ways of pulling guard beside the regular one and the jump guard. Let’s explore those a little bit.

To Pull Guard or Not?

Deciding to pull guard as your number one move from the feet, is not a wrong thing. Pulling guard is a perfectly valid technique, especially in competition. Developing a takedown game takes time and dedication. On top of everything, not everyone that comes to Jiu-Jitsu has a background in other grappling martial arts. For those without Judo or Wrestling skills, the guard pull is the perfect option to get the fight to the ground. PPlus it is a BJJ specific technique that no other arts have. As such, it is a great advantage over competitors with different backgrounds.

The takedown game in Jiu=Jitsu is a highly diverse one, due to how open the sport is. Apart from just a few moves that are forbidden only under certain rule sets, everything else is a go. You can grab the legs, you can manipulate collar, sleeves, work form a clinch, a headlock or do arm drags. As long as you’re comfortable and efficient with it, anything is going to work. So why should you be afraid to pull guard, even though it is perfectly legal at every level? The guard pull fits the takedown game perfectly, despite not being a move that results in points. Even though people do not see it as one, it is definitely a takedown that offers ample attacking opportunities. 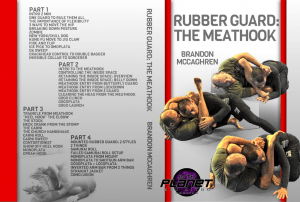 So, what do you do after you pull guard? Let Brandon McCaghren guide you through all possible attacking options. He has them all at your disposal, in the “Rubber Guard: The Meathook” DVD set. Learn attacks you’ve never seen before by a true master of the guard! 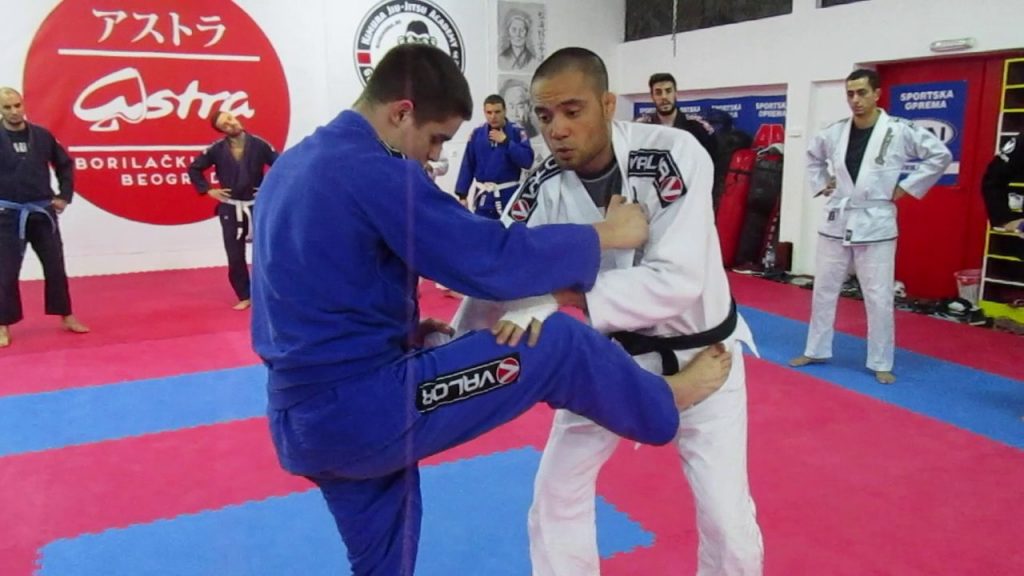 In the world of machismo culture, doing anything in a smart and risk-free fashion is regarded as not manly enough You would think that BJJ, wit hall it’s ego-taming properties is beyond such things. But, no, it seems there are certain aspects of the art that just can’t shake that negative vibe. Up until a while ago, it was leg locks, and mainly due to the same reason. they were seen as moves done by cowards, who do not know how to ass the guard.

With the guard pull, it is pretty much the same situation. Attempting to pull guard as a main offensive option from the feet, is probably going to get you branded as a coward. However, doing the same move after attempting a takedown or throw, somehow makes it okay. It is one of the few idiosyncrasies of Brazilian Jiu-Jitsu that no one can explain.

In truth the bad name guard pulls have, just like with leg locks, is complete without merit. There is nothing cowardly about going to a specific attacking position when you’re grappling. The guard pull is just a way of entering the guard. So, even though it is not technically a takedown, it is still an efficient and high-percentage move to get the fight down to the mats.

Why You Need To Pull Guard

There are a bunch of reasons why you actually need to include guard pulls in your game. The first one is a very obvious one – they work. The beautiful thing about pulling guard is that it doesn’t take too long to learn. There’s nothing complicated about how you pull guard, so even beginners can master it quickly.,

Furthermore, it has plenty of variations for all you advanced people out there. While most people above blue belt are going to be savvy to the regular guard pull, variations give you the options to guide the match toward the desired direction. If you really like fighting off your back, then pulling guard should be your number one takedown option.

On the plus side, simply going for a guard pull setup allows you good control over a standing opponent. Your leg on their hips means they can’t get close to throw you. Plus, you can transition directly into throws like the Sumi Gaeshi, if you desire to spice things up a bit.

Your basic beginner guard pull is really easy to perform. Once you establish a collar and sleeve grip on your opponent you can go for it. The first thing to remember is which leg you need to place on their hip. Unless you want to get taken down, lift the leg that’s on the side where you control their arm. This is going to make it hard for them to brush your leg off.

Once the leg is on the hips, get you but as close to your heel as possible and sit down. However, instead of rolling backward, look to keep an extended leg on the hip and go slightly sideways. Your grips will all you break the opponent’s posture. The sideways angle makes it really easy to establish a closed guard. Or any open guard variation, for that matter.

Jumping guard is a potentially very dangerous move to go for. It is forbidden for white belts in all tournaments based on IBJJF rules, and even higher belts should be cautious. It is a good way of getting to an opponent who knows you’re about to pull guard. The same grips apply, only there’s no foot on the hips. Instead, you pull your upper body with your grips and jump, crossing your legs into closed guard the moment you reach your opponent.

Pulling half guard is certainly a great way to end up ina top attacking position. For the half guard pull, though, you’ll need to change things a bit. Grips stay the same, but you’re going to approach at a different angle. Namely, in order to get the half guard, you’ll need to get one leg in between the opponent’s legs first. This both helps get you into position, and prevents passes if you mess things up along the way.

To pull half guard, you’ll need to step in with the leg on the collar control side. You’ll also want to fall a bit towards that side so that your leg can entangle theirs. Once down, lock your feet down and go for the underhook. From there you can go and play your favorite Z-guard, butterfly half or whatever variation you favor.

The web guard is essentially the spider web position. Getting there when hunting for armbars is nothing new, but not many people think you can get to spiderweb by pulling guard. To be honest, I have no idea who came up with it. I saw it from Firas Zahabi first, so credit where credit’s due.

This pull guard variation does flirt with the legality border under IBJJF rules. However, if you hit it right, it is a perfectly legal and viable option. What you need for this guard pull is the correct angle. You basically want to star with an overhook over your opponent’s arm. You also want to angle yourself towards that overhook side as much as possible. The goal is to do a jump guard, however from a sideways position. Instead of ending up in front of your opponent, you want to jump guard facing their side. From there, your main goal is to grab

Time to piss everyone off and pul guard in order to get a leg lock. While this is predominately a No-Gi setup, it works just as well in the Gi. The setup once again deviates from the regular collar and sleeve grip. This time, you go for a two-on-one grip, one of the staples of No-Gi. Just as a side note, the Gi material makes this grip even tighter. Once you have the grip, you’ll look to pull your opponent towards you, as if trying to go for the back. Their normal reaction is going to be to keep their hips back, which requires them to post a leg forward.

While holding the grip, you’re going to walk your feet in between their legs and get down on your back. USe the grip to pull the opponent over you so you expose their leg even further. From there, you simply shoot your hips up to establish a SIngle leg X guard. And, as you know, leg lock finishes are not very far away!