One of the less fun aspects of Brazilian Jiu-Jitsu is being on the receiving end of certain moves. Ok, in all honesty, begin on the receiving end of all moves sucks. However, some things are certainly worse than others. For example, nobody likes tapping to an armbar, but once you’re past a certain point you’ll have to. Also accepting a pass or a sweep becomes inevitable at a certain point, although it is anything but fun. Despite all this, there’s one aspect of Jiu-Jitsu that makes most people cringe- pressure. And there’s hardly a time for more pressure than during a smash pass. Or more cringe during useless defense attempts.

Contents hide
The Art of Being Heavy on Your Opponent
Where Does All The Pressure Come From?
Common Mistakes With Smash Passing
Easy To Use Smash Pass Defense Principles

The Art of Being Heavy on Your Opponent

The art of being heavy on your opponent is something that is not specific to Jiu-Jitsu only. All grappling martial arts have the pain of some kind. Keeping an opponent down is much easier when you can distribute your weight correctly. This is where BJJ starts to differ from other grappling martial arts though. Inj Jiu-Jitsu, the concept of pressure works dynamically as well as statically. The smash pass is the perfect example – it is a pin during which you can transition past the opponent’s legs. It is a sadistic tool that makes people’s will break and sometimes leads to taps because of too much pressure. Defending this monstrosity of a pass is rarely effective, and there’s a good reason for it.

Actually, this is exactly where the secret to successful defense lies. You need to understand why most common defenses fail so that you can focus on what works. The number on reason for failing to prevent a smash pass is discomfort. People focus on the points of discomfort too much and try to create space by using the wrong mechanics. Since nobody likes discomfort, especially coupled with pressure, people want a quick solution. The trouble with this is that they go for an instinctual defense, which only makes things worse. Luckily, there are concepts that work and work well. All you need is to follow a few simple steps to take all that pesky pressure away. 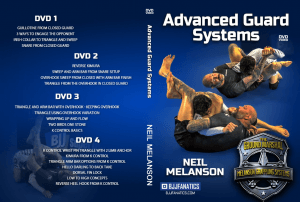 Neil Melanson’s “Advanced Guard Systems” DVD is a great way to become extremely dangerous from your back. It won’t even give your opponent’s time to go for a pass before they’re tapping to a submission. Check out all he has to offer, or better yet, just buy the instructional!

Where Does All The Pressure Come From?

Smash passing is more of a concept than it is a particular technique. Most people think about a cross-face half guard pass when they hear the phrase smash pass. This, however, is not the true definition. Smash passes are a category of moves that are technically different. their common thread is in the basic modality of getting past your legs. 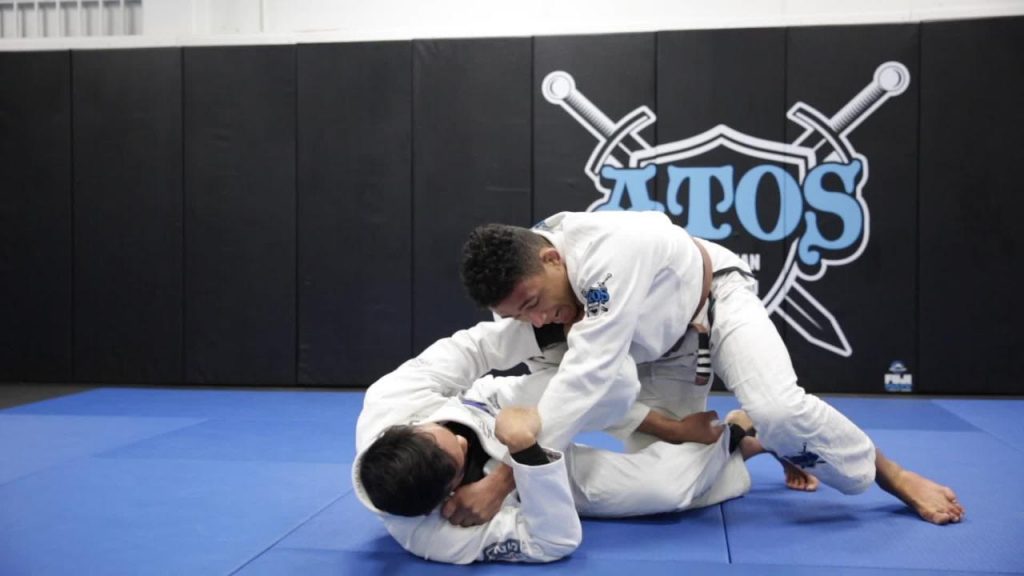 To begin with, passing via cross-face control from top half guard is definitely a smash pass. But, so is the now trendy over/under pass, as well as the knee slice/smash pass. Even the leg surf pass is a variation of a smash pass. Another really famous option is the leg drag as are some smashing options past the butterfly guard.

All in all, what defines a passing sequence as a smash pass are two things. First, it is pressure, which only works with the right weight distribution. Next up is direction, which depends on angles, body positioning, and structure. Furthermore, the goal of a smash pass is to put immense pressure on one of the two main areas of the body. The primary spot where most smash passes focus are the hips. The shoulders are the second point of control that is crucial for smash passing. the trick is that you usually can’t control both very well unless you’re past the opponent’s guard. Remember this point as it is going to be the base of a successful defense strategy.

The first problem is allowing your opponent to keep, or even increase the pressure. Regardless of the pass variation that the opponent employs, you can’t let your instinct take over. When there’s something pushing on us, the first instinct we have is to push back. This is a futile attempt, as the opponent’s weight distribution is going to make them feel like they weigh 300 lbs. Directly opposing a smash pass, regardless if it’s at hip or shoulder level, is only going to tire you out, and allow your opponent to exert even more pressure.

Secondly, you should not attempt your opponent from passing in the direction they want to. This means not clinging to a leg in half guard or the knee slice, or trying to keep them from moving. Once again this is only going to tire you out. Actually, working on pass prevention without dealing with the pressure first is never going to work. Instead of fighting losing battles, focus on fighting the correct ones.

The first thing you need to understand about pressure is that it creates discomfort. A smash pass will either make you feel claustrophobic (if control is near the head) or feel that your spine is about to give way (if your hips are smashed). None of these fears is rea. As hard as it may seem during a smash pass, breathing is an absolute must. Otherwise, no defensive concept is going to work.

We’ll stay the course with pressure and direction. As far as pressure is concerned, you need to look to release it. After breathing, this is priority number one. All pressure in BJJ has a focal point, and a smash pass is no different. Once you figure it out, you’ll need to create a structure to make sure you redirect the pressure so that it becomes less powerful. This, inevitably, means creating space, which is exactly what guard passers do not want.

In terms of dealing with direction, you’ll need to think a step ahead. Instead of thinking about preventing the pass from taking place in the desired direction, you should think about creating frames. Once you relive the pressure, you can use all the extra space to actually get away from your opponent, instead of trying to keep them close to you. When you place a frame, you can even let your opponent pass. They won’t be able to establish any controlling position before you re-guard or counter-attack.

As a final note, make sure you start with prevention instead of defense. Every smash pass has a focal point of pressure and a leading edge like the shin in the knee slice or the shoulder in the over/under. If you manage to block this leading edge from getting near you, you’ll disrupt smash passing even before it begins.

A Shortcut to Passing The Guard – The Tozi Guard Pass