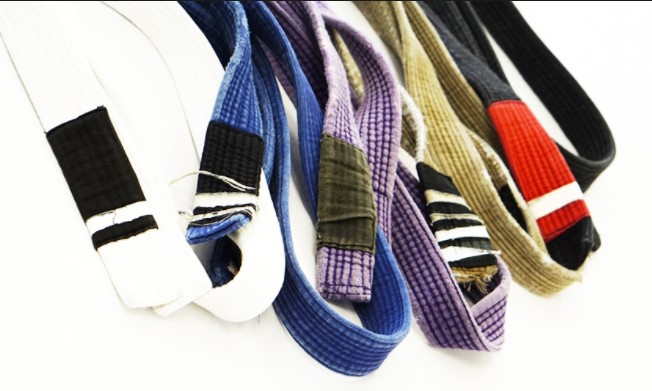 And I believe this is wrong. Belts are something you should talk about with your instructor. Sometimes it’s not your fault that you don’t get or you don’t deserve a new belt. Maybe it’s about your instructor and maybe it’s his fault you don’t have a belt yet.

Your instructor is just a human being and not some supernatural creature knowing everything in every moment and a person who can’t make mistakes? And yes, maybe it’s a mistake of your instructor that you didn’t get a new belt for a long time.

Maybe your instructor doesn’t like you or he doesn’t like the way you behave at the gym or outside of the gym.

Are you sure your instructor just have your technique in his mind and how well you do in sparring with other guys?

Are you acting disrespectful to him or other guys?

He can have a lot of other reasons to give you or not to give you a new belt and it’s on you to find out what are the reasons and what is it that you’re doing wrong.

Well, we can’t avoid a fact that your instructor might be a douche and you should leave that gym as fast as possible. And if you’re interested how to recognize that read this article: Reasons why your instructor sucks

But, most of the time your instructor is right about your promotion. Most of the time you don’t deserve the belt you want for a numerous reasons. Reasons like you’re not training consistently, or you just want to spar so you progress slower or you’re just not talented enough to progress etc. It doesn’t really matter what’s the reason as long as you know what’s the reason.

Yes, you have to know what you’re doing wrong if you’re doing something wrong and if you can’t find it out by yourself, your instructor is the only person who can give you an answer to that. So go and ask him!

We could hear many times in our lives that there are no stupid questions, only stupid answers. While that is the truth in most cases, it’s not really in this case. If you ask your professor questions like “when will you give me my belt” it really is a stupid question.

You should never ask your professor about when will you get the belt, but what do you have to do to EARN the belt. If your instructor gives you an answer like, “just train”, and you’re white belt training consistently for 4 years that means he’s a douche and he doesn’t really care.

Your instructor should give you an honest answers and honest reasons! Whether you like them or not you should accept them and work on your problems or mistakes that you’re doing. Being honest with yourself is a great way to improve in Jiu Jitsu too.

But, for example, if he tells you that you’re doing some technique or some concept wrong for the last 3 years and he never told you anything about it before feel free to tell him he’s a douche because that’s something you’re paying him for the last three years. And he’s definitely in THIS category then.

I guess you got the point. Communicate with your instructor as much as possible and do your best in a training session and rewards will come. Sooner or later doesn’t really matter as BJJ is a life long journey so just enjoy it.