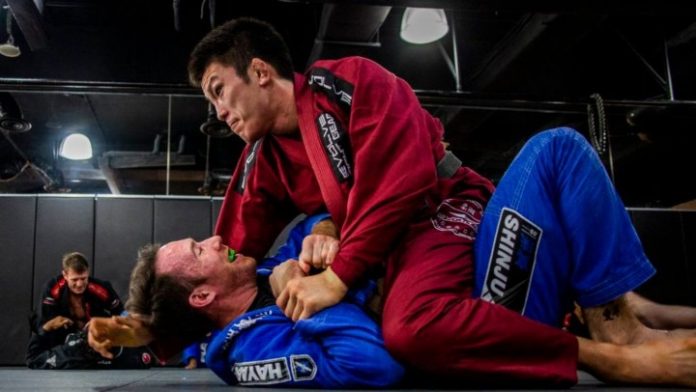 In the past six months or so, I’ve spent a lot of time working on my mount position. What I learned along the way was that we all take the mount for granted. At least until such a time that someone just slips out effortlessly. Moreover, I discovered a mount BJJ position I never knew distinctly before. AS it happens we ll spend a lot of time in this mount variation, albeit mostly in an incorrect way. And that’s why it doesn’t’ work, and we look to move to more submission originated mount positions. However, all fo that is pretty much impossible if you do not have an understanding o the middle mount. That I going to be our focus today.

Before we go on, yes there is such a thing as the middle mount BJJ position. In fact, it is the mount variation you’ve been trying to play since day one. In that sense, the middle mount is something we don’t pay a lot of attention to. Well, we should, as it not just connects both the low and high mount but also opens up versatile attacks. In fact, getting the back form the mount can happen in two instances with a high percentage of success – when using a Gift Wrap, or from the middle mount. Not to mention extremely cool attacking options as you’ll see later on.

The Three Types of Mount

Before we focus on the middle mount BJJ position, let’s talk a bit about all mount variation. Or, rather, the three that are worth talking about and that work at every level of the sport. Starting at the bottom.we have the low mount position. That’s when your hips are under the belt of the opponent, as the main reference point. Stuff like grapevine and skydiving are common ways of controlling someone from there. Attacking options include Ezekiel choke and lapel chokes, and bent arm locks (mostly Americanas). Easy to maintain.

On the other end of the spectrum is the high mount. In this variation, your butt is as high up the chest as possible. In other words, you’re attempting to sit on your opponent’s chest. Often time,s you do this at an angle, like for example, the S-Mount.  This is a position that requires a lot of time to get the knack for., It may be hard to stay there, but once you get it, the pressure is immense. Moreover, attacks are ample, ranging from armbars, to cross collar chokes and everything in between. 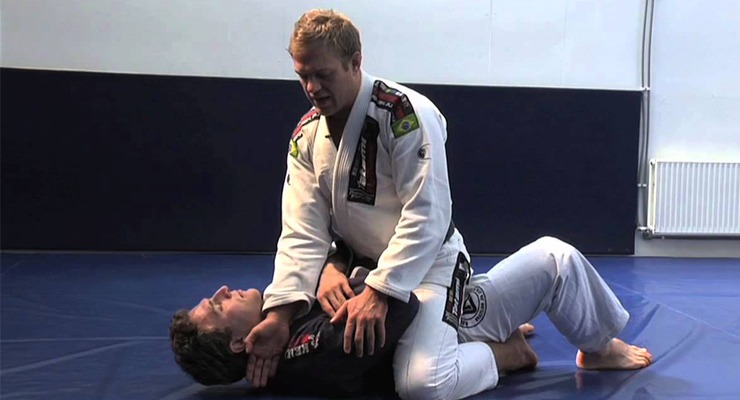 Finally, the middle mount BJJ position. As the name suggests this one is bang in the middle between the two. This is often seen as an entry point to the mount, and a transitional spot between the high and low mount. However, the middle mount offers much more than that, if you know where to look. It is the missing piece of the puzzle that’ll make your overall mount more dangerous, as well as amplify your low and high mount.

The Mount Nobody Talks About

The middle mount is not too difficult to understand but it does require a bit of finesse. Getting there is usually done from the low mount, given that once you arrive in a high munt variation, you tend to stay there and finish. From the low mount, you can get there on your own, by sliding the hips marginally forward, to reach blet level or just above it. The other option is letting your opponent get you there while they’re trying to escape your low mount.

The first thing to consider in the middle mount is knee position. Regardless if you arrive form the low mount or directly form side control/knee on belly/ guard pass, you need to have your feet and your knees to the ground. First up, this is going to bring you mount points. IF both knees and feet are not on the ground, you won’t get anything. Next up, this builds a base to keep you safe and able to attack. IN that sense, you need the back of your feet firmly placed on the ground, and your knees pinched to the ribs of your opponent. That way, you’ll feel any movement they do extremely early.

Still just staying in a position like this with bad posture is only going to get you thrown off. In fact, this is where most people get the middle mount BJJ position wrong. IN this mount you need to have an upright posture, much like in closed guard. That said, there’s a neat little trick here – tuck your hips forward. This will both give your spine a curve and distribute your weight so that you become extremely heavy and tough to budge., Now, you can start having fun from the middle mount.

The first key tip for the middle mount BJJ position is staying there. Two things are going to happen. One, your opponent will try to frame your hips and slither out. That’s extremely hard as your posture allows you to lift their arms and thus, destroy the frame. The second option, which is more viable is to try and bridge you off. This might work if you’re trying to stay too tight to your opponent. Instead, your reaction should be the simplest one of all – allow them to bridge. What you need to do is simply lift your hips up, while keeping your knees and feet planted on the ground. This will only result in a positive outcome for you.

One thing that’s extremely easy in this situation is thinking about getting the back. Lifting your hips will allow your opponent to turn underneath you. Whether you go for the gift wrap or choose to go for the back immediately is down to you. Simply lifting up will open up back attacks better than any other way you have of getting them from the mount.

But that’s not the best part, there’s a neat little choke that only works form the middle mount that you simply have to know. It is a lapel choke that’s unusual and people never see it coming. You start off with a reverse grip, meaning thumb in and four fingers out on the lapel. The position is like a for a paper cutter, with your elbow to the ground on the opposite side. You won’t choke anyone there directly. However, the middle mount gives you the security to place your second grip on the other lapel, four fingers in. Pull that second lapel for one of the tightest lapel chokes in BJJ!

The middle mount is often taken for granted because it is considered to be the beginner’s version of the mount. Given how effective it is, and how many unusual attacks it offers, it’s a shame not to use it at the higher levels. Have some fun with it and use it to connect your other mount attacks for an unstoppable top game.