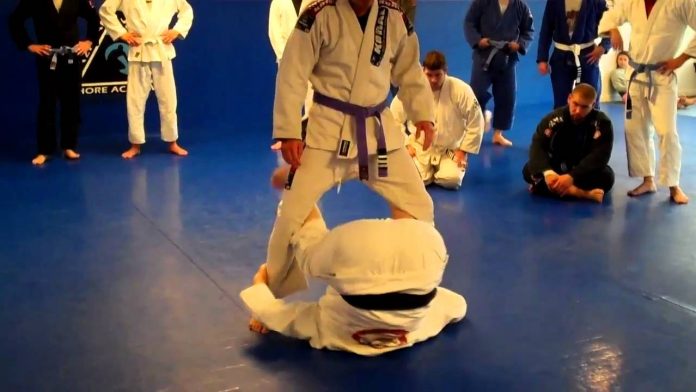 Jiu-Jitsu can really get awkward at times. The Gentle Art is only gentle when you’re manipulating someone against their will by using technique and pressure. Once you’re on the opposite side, nothing about it feels gentle. The same holds true for some of the positions Brazilian Jiu-Jitsu gets us in. Just think about it. The art has them all, from torturous positions like knee on belly to stuff like the North-South, probably only a part of Kama Sutra before BJJ. And then, there is the inverted guard. A position so awkward it feels just as uncomfortable as it looks. Especially when you have someone trying to smash their way past it. Is it effective? By all means yes. But the cost of going inverted might not be worth all the hassle. At least in the long run.

The inverted guard is part of the new school Brazilian Jiu-Jitsu techniques. Actually, it might be the spark that gave birth to the Berimbolo, Tornado guard, and countless other modern grappling concepts. Going inverted is now an integral part of Jiu-Jitsu, at every level of the sport. It is not uncommon to see white belts going upside down in an attempt to do something even they don’t understand. Actually, does anyone truly understand what the inverted guard does? I don’t mean in the sense of preventing your opponent from passing or attacking. I mean internally, what is the cost that our body has to endure for us to fight from a position not really meant for human beings?

Most inverted guard variations need us to be on our neck. Even in a best-case scenario, we need to be on our upper back/traps in order to be effective. Unless we can use such a pivot point, our hips won’t have the mobility to truly do anything from the position. Much like when a white belt tries to pull it off on you. However, once you go against someone really versed in inverting, you’ll ultimately be battling a human fidget spinner. There’s simply no way around. However, the more you stay in the position, the more stress certain body parts feel. As stress mounts up, things are bound to give way. It is, in short, what has happened to me, and countless other grapplers I know. But why did it happen and is there a smart way to approach the inverted game?

Anatomy Of The Inverted Guard

The inverted guard is often seen as a position for those with flexible hips. While flexibility can only help it is not a pre-requirement for the inverted guard. Actually, nowadays there are drills that people do almost every class to make them better at inverting. The Granby rolls were not always a part of the warm-up drills for BJJ. They represent a very technical way of training inversions. And inversions are integral for a top-level Jiu-Jitsu game.

What essentially happens when we go inverted is that we gain both distance and mobility. We also establish a great structure, albeit at the cost of a solid base. Once we’re upside down, our hips are too far from the opponent for effective control. Furthermore, when we’re pivoting correctly, as high as possible on our back, the hips are also extremely mobile. We can go in any direction, 360 degrees, with not much effort. 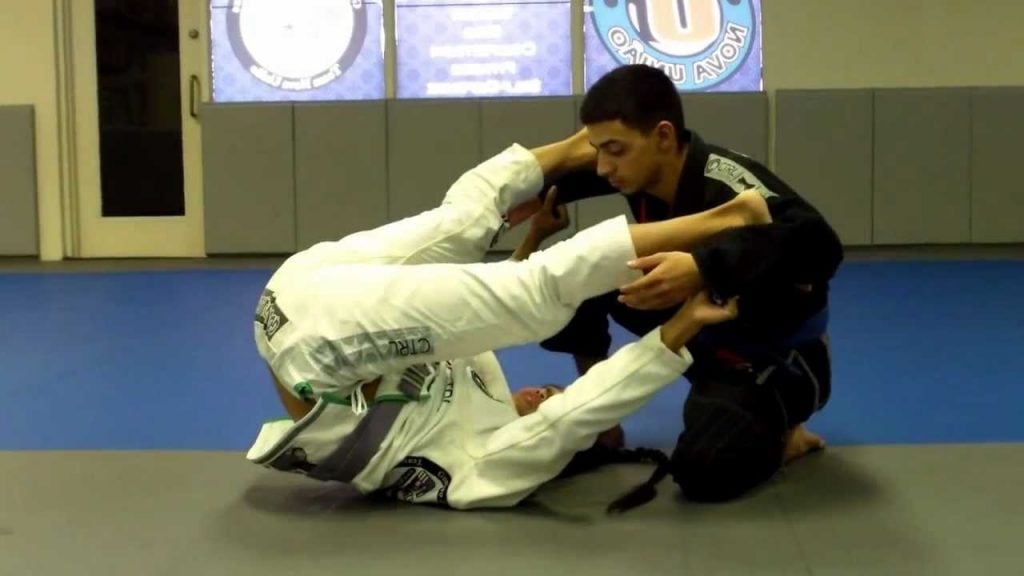 So, with the Granby roll as our perfect technical entry and all the benefits associated with the inverted guard, why doesn’t it become as normal for a grappler to use it as a half guard, for example. Well, the trick is in staying upside down. Going inverted to prevent a guard pass, or to open up space for an escape is unquestionably efficient. However, staying in that position and attempting to play an inverted game has not been proven sustainable. At least not this far. The main issue that arises, is in staying inverted for too long. Regardless of the nature of your game (offensive or defensive), the inverted guard is not a long-term position you need to be considering.

The Price Of Going Upside Down

As we said before, going inverted means we end up pivoting on our traps and/or neck most of the time. getting to a position of the inverted guard is not uncommon for gymnasts or Yogis worldwide. Yet, none of them seem to share the ailments that grapplers end up with when going inverted. The reasoning behind this is very simple – other athletes do not have someone actively trying to smash and tear them apart.

An external force is a factor that leaves most inverted guard enthusiasts (me included) with a spinal hernia of some sort. It may be the neck, upper back or lower back. It might be mild or aggressive, and it’ll certainly become chronic if you keep on inverting. Going inverted puts enormous stress on the spine of the neck and upper back This inevitably results in faster degenerative processes and all the side effects that come with having a spinal hernia.

As we age, our disc spaces tend to become constricted even without the stress of grappling. Discs become more brittle and degeneration slowly develops in everyone. Now, add to that the stress of grappling with all the chokes and cranks and you already have more stress than the body can handle. If you end up staying inverted, while carrying the weight of a partner on top of that, you have a real disaster. Don’t take this lightly as having a hernia means that you’ll have to change your whole game if you want to keep training. It may even end up sidelining you for good.

So, from all the conflicting evidence above we learned two things by now. First, the inverted guard works like a charm to prevent passing and get you out of tight spots. Second, staying inverted for too long might cost you your BJJ career. That’s a gut-wrenching dilemma if ever I saw one. However, nothing is finite and there’s always a way to find balance.

For starters, lay off the inverted guard as your first choice. Do not go upside down immediately after the slap’n’bump. Furthermore, avoid staying in an inverted guard any longer than actually required. And finally, try to avoid using it unless you absolutely have to.

That said, going inverted as opposed to playing an inverted guard should be something you have in your toolbox. Whether it is for pass prevention or some fancy modern leg lock entry, you need to have the skill to invert. What you do not need is a hernia, so make sure you manage how often and for how long you use inversion in BJJ. 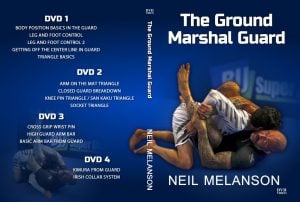 If you’re on the lookout for a guard that works to replace your inverted guard, then your search is over. Neil Melanson has a whole DVD set by the name of “the Ground Marshall Guard” that’s the answer to all your prayers. It’s unorthodox, effective and is going to spare your spine any additional stress.