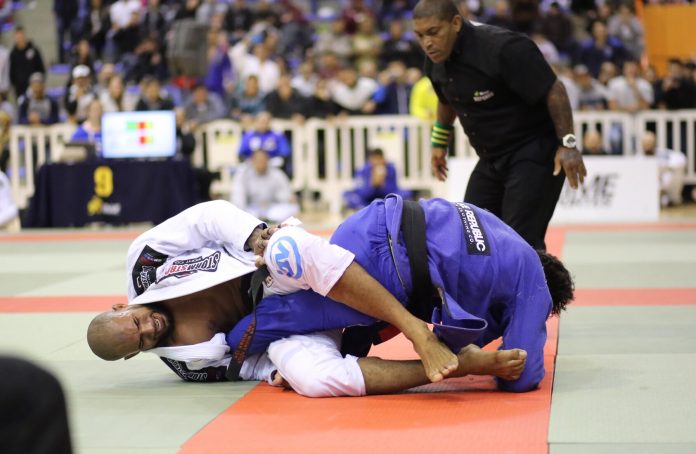 This article is aimed predominantly at those grapplers training and competing in Gi-only tournaments. The modern leg lock game is an undeniable part of Brazilian Jiu-Jitsu now, so there’s a clear need to address it appropriately. For those who part take in No-Gi training with Gi classes and those that train exclusively without the Gi Jiu-Jitsu, leg locks are not really an unknown. However, the approach to training them might be. Most BJJ academies across the globe still tend to look at leg locks as advanced moves. This contradicts even the highly restrictive IBJJF rules, where ankle locks are allowed to all. So, how should you approach training, or for that matter, teaching Jiu-Jitsu leg locks?

The main reason why Jiu-Jitsu leg locks are still a bit of a taboo is history. In a classic “Boogeyman” fashion, leg locks are the nasty, career-ending submission that hides in dark, damp places, waiting to scare the daylight out of you. While the scare of this was real amongst grapplers, the perceived injury potential was way off. Even to this day, despite all the evidence to the contrary, people remain afraid of leg locks. This scare prevents people from either training them at all, or it contributes to faulty training strategies. In both cases, the result is falling back behind the rest of the BJJ community. The effects are all the taps you’re going to give away in tournaments. because of a Boogeyman scary story. 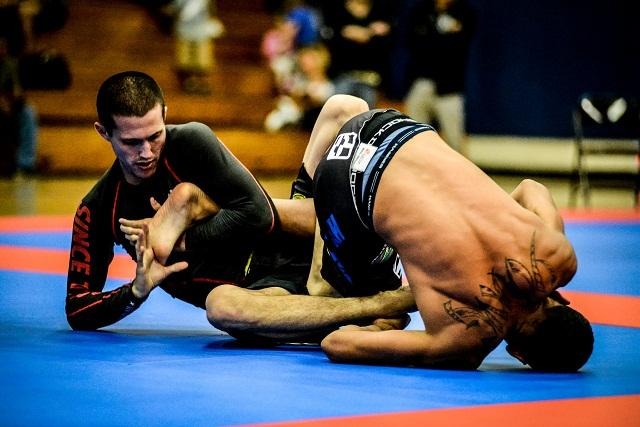 Another big excuse people use to shy away from leg locks are competition rules. The IBJJF doesn’t allow anything apart from straight ankle locks until brown belt level. For brown and black belts, kneebars and toe holds are also open for use. Conversely, people usually choose to start training Jiu-Jitsu leg locks once they can use them. Often, this means that even ankle locks get put off until brown belt. What you end up with then, is a grappler who is completely inept at leg locking. Trying to pick up the slack at the brown belt is the same as trying to learn how to do a Kimura as a black belt. While you have overall grappling knowledge, you’re very much behind in a certain aspect. And, as you should know by a brown belt, there are no shortcuts to learning Jiu-Jitsu.

One of the best pieces of BJJ advice I ever got was back when I was a blue belt. A newly promoted black belt, whom I strongly respect and look up to was teaching at our academy. After a few rolls and plenty of kneebars induced taps later, he said to me “Invest in the legs”. That really made an impact on me. Training at a Gi-mostly academy, there was no leg locking whatsoever on the curriculum. Not even defense. Which got me thinking.

Instead of waiting until la technique becomes legal, you should be looking to master it. It is as simple as that. There’s no point in waiting until brown elt to even start training toe holds and kneebar. Should you do it straight off the bat? Of course not. Fundamentals are fundamentals for a reason. A good time to start playing with Jiu-Jitsu leg locks is the blue belt. And not just a freshly promoted one. People with a year or so experience at blue belt should already be acquainted with ankle locks at least.

Ad you near the purple belt, you should open up to learning leg locks. This is going to give you years to practice them in training and think about them in competition. As you compete you’re going to discover where leg locks can fit into your game. And I’m not talking about training only inverted heel hooks. Competing with the Gi, under IBJJF rules is also a great platform to use leg locks on.

Start training knee bars, ankle locks, and toe hold early. Invest in knowledge, so that when the time comes, you’re ready to use them. It’s like learning to drive with your old man before you’re even of age to get a license.

Be Ahead Of The Learning Curve

Learning a new skill is no different at brown than it is at blue belt. You’re going to need time in order to cover every aspect of it. If you think you can just train a few Jiu-Jitsu leg locks and you’re ready to use them, you’re in for a rude awakening. Just like with all other techniques, leg locks have multiple aspects to them.

The learning curve of a technique in Jiu-Jitsu is a big one. You need time in order to master even the simplest moves. Now add to that the fact that you rarely do just one thing in grappling and that curve gets even bigger. Let’s see an example. 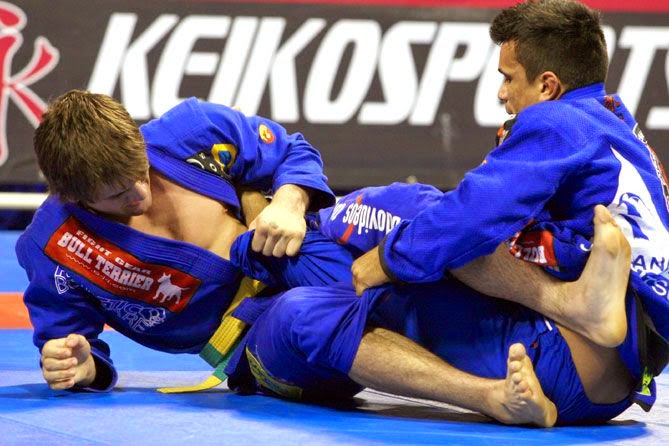 When you learn an armbar, you first need to know what an armbar is. For the sake of argument, we’ll look at an armbar from the guard. You need to understand, first and foremost, how to get into the proper position for the submission. Where do the hips go, how you grip, what’s the optimal angle, and so on. Once you’re down with how an armbar works, it’s time to see how to enter into the submission. An armbar from the bottom has plenty of entries, and they all require a basic understanding of the final goal in order to really work.

As you master getting an armbar from scratch, you’ll notice that a new aspect opens up. transitioning from an armbar to other submissions, and vice versa is another huge skill you need to master. But, in order to get there, you need to know what an armbar is and how to enter into it. Now imagine it’s a kneebar instead of the armbar. The process is the same. the timeline of learning is also going to be the same.

How To Safely Train

Still afraid, but intrigued at what we’re saying? Why not make sure you have every precaution in place before you start training leg locks, then?

First and foremost, learn to form a qualified instructor who has experience in the matter. Next, make sure you practice the techniques and rill with like-minded partners. Your best bet is higher ranked belts, preferably those that can use a variety of Jiu-Jitsu leg locks in competition. They’ll help point you to what works, and what to avoid.

Next, adopt a catch-and-release policy. Never ever go for a pain-induced tap fro ma leg lock. When you get into a position, hold the roll. Look at the mechanics and your partner and slowly apply the submission. The same goes for when you get caught in one yourself. Learn and explore instead of panicking at what might happen.

Finally, even if you do not like to use leg locks, consider that learning how to execute them is going to make you better at defending them. You can recognize a cross collar choke from the mount the moment your opponent shifts weight for a grip. This is due to experience and begin in that situation over and over again. Knowing that a toe hold is coming is going to make it easy for you to prevent it before it even becomes a threat. You just need to start early and invest in mastering leg locks before you’re allowed to sue them in the competition!

Eddie Cummings has a great digital resource for mastering both leg lock attacks and defenses! The Wolverine offers his immense knowledge in a very detail oriented Ashi Garami Seminar that you simply can’t miss! Here’s a list of all the techniques included.

The IBJJF Legal Leg Locks and How to Do Them