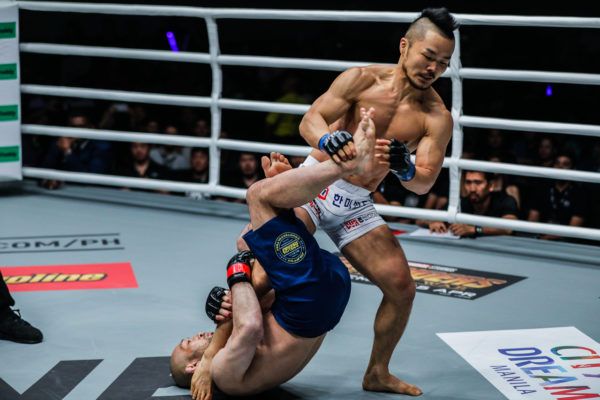 With all the leg locks flying around today, there are a lot of things coming out that are simply worthless. Some moves are flashy and will only get you in trouble, while others are low-key but bring about certain taps.  And, of course, there’s everything in between. Danaher’s control-based approach really changed the world of leglocks. However, the new-school leg lockers, such as Craig Jones will not stop there. Plenty of new entries are coming out and some are as effective as they are entertaining. THere’s one thought that has always fit this mold. Fast, spinning, and attractive, the Imanari Roll is a legit and high-level leg lock entry.

Ahh, leg locks again. Well, this article is not going to address a leg lock submission per se, nor one of the high-control positions. This one is all about entries and the most attractive one at that. THe Imanari roll is not a new entry, but it’s rising to prominence along with the leg lock craze. As the name suggests, this entry has Japanese roots thanks to one of the most fearsome grapplers of all times – Masakazu Imanari himself.

However, today’s Imanari is a long way from the original setup. Many people have influenced the move over the years, and I suspect a great many more will in the future as well. This entry is undoubtedly efficient and can work at the highest levels of the sport. Even better, it works for both IBJJF legal leg locks, making it a great choice for all competing platforms. So, why exactly the Imanari roll? Isn’t it difficult to execute? Doesn’t it seem too risky? Read on for answers to all these burning questions along with many more!

Learn all the best leg lock entries from one of the best in the game! Use the Craig Jones “Down Under Leg Attacks” DVD to gain access to the most innovative leg locking entries that the rising star has come up with! Complete instructionals to controlling and finishing are also included, so don’t miss out on this one!

First of all, let’s make the etiology clear. The name Imanari is due to the “Ashinka Judan” Masakazu Imanari. “The Great Leg Lock Master” was highly successful with heel hooks and other lower body submissions in both grappling and MMA. Imanari is one of the first leg lock specialists in the game and, as such, responsible for many of the techniques we still use to this day. the Imanari roll is one of them.

Although the name cannot be traced back to an exact moment, the connection is clear. Imanari liked to fight off his back and had vicious submission attacks spring-loaded at all times. Since getting into leg entanglements is not easy, Imanari found a way around. Literally.

Since the old days of Imanari rolls in Pride, other people adopted the move to great effectiveness. Ryan Hall is one name that stands out in terms of using the roll to set up heel hooks. Much like the father of the move, Hall used it in both BJJ and MMA matches, in an awe-inspiring fashion. Since then, the new wave of leg lockers also gave in to the temptation of using the Imanari roll entry. Remember 10th planet prodigy Marvin Castelle’s breathtaking viral execution of the move? It’s on the left, for all of you who need a reminder.

So what exactly is this Imanari roll? It is essentially a hybrid between a Granby roll and a backroll which allows you to place a standing opponent in an Ashi Garami of choice. Executing it requires you to have a certain level of dexterity and at least some grappling experience.

First, you need to know which position you’re after since the Imanari can end up in a few different ones. Second, you need to know how to invert and Granby roll, which are BJJ drills that you should do in every class.

Let’s take an opponent in a parallel stance as the starting point in our Imanari roll execution example. You’ll start on your butt, feet close together like in a butterfly guard. The first goal is placing a hook grip on the leg you’re about to attack.  for the grip, you need to place your palm on the inside of their ankle, palm facing outwards. This is going to allow you to end up with a perfect grip once you roll.

The roll itself is anchored on this first grip. Basically, you want to use your grip to pull yourself into inversion, rolling your legs toward the outside of your opponent. To do that you lay down on the shoulder of the arm that’s gripping the leg and you swing your legs around and over. Your shoulders should be the only thing touching the ground when you roll. The goal of the roll is to end up with your legs on either side of the leg you’re attacking. this is going to land you in a high control Ashi Garami position so that you can finish with a leg lock.

So, how does this entry put you in a dominant leg locking position? Well, the idea is to sue a roll to get to a leg entanglement, and, at the same time, use the inertia of the roll to bring your opponent to the ground. A pretty effective strategy. The only catch here is speed. You need to be fast to get the inertia benefit and get into position before the opponent reacts. This requires relentless drilling of the entry before you can use it against high-level opponents in competition.

The finishing positions available from the Imanari roll depend on the placement of your legs after the roll. If you place your outside foot in a “reaping” position you’re all set for the Honeyhole AKA Inside Senkaku. The inverted heel hook finish is as easy as spelling Masakazu Imanari.

Ryan Hall’s take on it was to get to the 50/50 position instead. For this, the leg that goes in between the opponent’s legs needs to come out in front of them. Since this requires a bit more movement than the previous one, you’ll use your outside leg on their hip to help you thread the second leg. the leg on the hip also determines when you’re going to take your opponent down. The 50/50 is a legal IBJJF position and if you attack an ankle lock from there you can use the Imanari at all levels in competition.

Finally, if you like to attack from a straight Ashi Garami position, both the outside and basic Ashi are available. After you bring your opponent down with the 50/50 set up, simply transfer their leg across your chest so that it is not in the cross position.