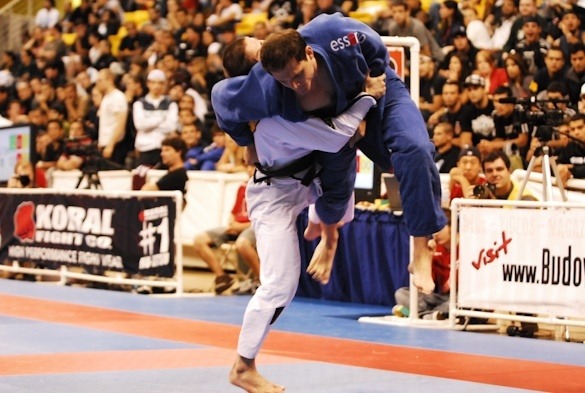 You’ve heard of the High Crotch takedown. You’ve even seen it if you’ve ever watched any of Daniel Cormier’s MMA fights. But have you ever attempted to use it in BJJ? Moreover, have you give it a try wearing the Gi? Although this is one of those wrestling moves that are highly specific to wrestling, you’d be surprised how easy it is to pull off in Brazilian Jiu-Jitsu. There are countless ways of getting there, plus, at least as many ways of using it to get something else. Why aren’t we seeing more of the high crotch takedown in Jiu-Jitsu? Let’s try and answer some of the most common questions.

Wrestling is a perfect companion of Jiu-Jitsu – that much we all know. However, it is mostly single and double legs, and lately, front headlocks that people use. Of course,m there’s also the arm drag, but it has morphed so much that there’s now a BJJ and a wrestling version of it. And, as with all other aspects of Jiu-Jitsu (submissions, pinning, etc), we have to turn to techniques that are not as common to surprise opponents. A staple in wrestling, from the earliest moments training, the high crotch takedown is notoriously underused in BJJ. It doesn’t matter why, really. What matters is whether it works or not. I claim that it does.

What Is the High Crotch Takedown? 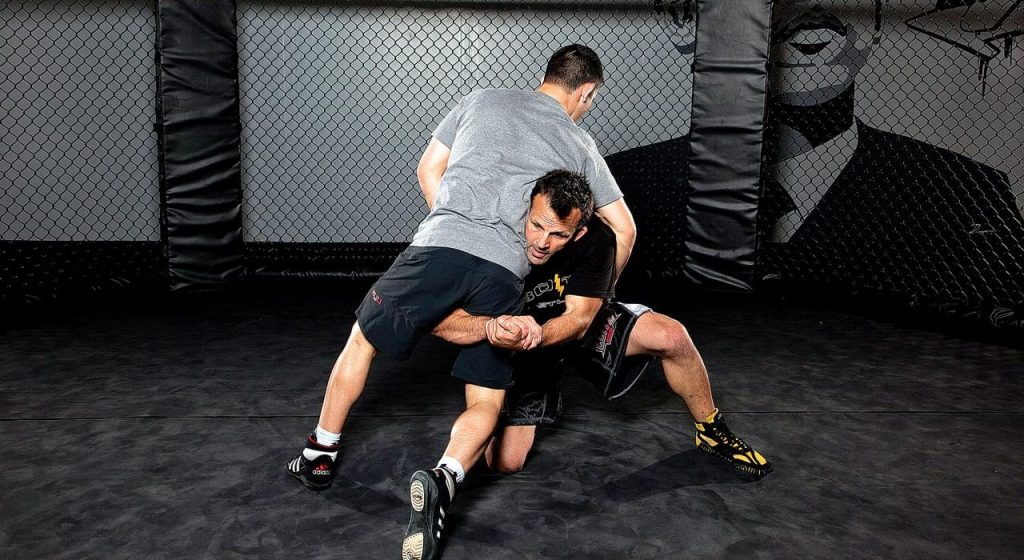 In wrestling, there’ no way you could compete without dedicating time to the high crotch takedown. When you come to think about it, it is downright perfect. To get it, you need to be really close to your opponent, solving the distance issue. Moreover, you’re not going to low, like shooting for a double or single, taking away sprawling as a defense. Moreover, given that we’re looking at it from a BJJ perspective, you’re literally halfway to the back from the position.

The high crotch takedown is like a single leg takedown but without any of the usual counters and a much better finishing rate. The difference is mainly in the placement of the arms. Instead of hugging at the knee level, you look to isolate the leg as high up as possible. Hence the name ‘High crotch”. The positioning of the arms influences how you position your body as well. Your head, even though on the side is safe form headlock attacks, and all sprawling motions are useless. Even a Kimura counter is notoriously difficult if you have your elbows tight. From there on, there are several ways of finishing or transitioning into their takedowns.

So far, we know that his works perfectly for wrestling and even MMA. But will it work for Gi BJJ? Why not? Granted, the approach is a bit different, but what you actually get are better ways to connect to your opponent and finish. Speaking of finishes, you can go single-leg style, or lift someone completely in the air before slamming them down. And yes, this type of slamming is legal in Brazilian Jiu-Jitsu.

In No-Gi, getting to the high crotch takedown is fairly simple. A collar tie is usually a starting point, with a grip on the opposite side wrist also preferable. Collar tie controls distance, while the wrist grip is what will open the position up. In fact, it’s a surefire way of shooting. When you decide to shoot, you do the same as for a single leg. However, having that wrist grip, you pull the opponent towards you, while shooting to get your other ar deep and high up the crotch.

With the GI, you have even more options. Here, you have no need of actually connecting your hands together around the hip. You can simply hold on to the Gi pants and skirt to get incredible control and connection. Form there, finishing is much the same.

Check out all possible variations of the High Crotch as well as plenty of folkstyle wrestling magic. Adam Wheeler’s “Fundamental Folkstyle Wrestling” DVD is all you need to become more than well rounded on your feet.

In wrestling, there are several defenses for the High Crotch Takedown. It is a hugely important part of wrestling so it is understandable that people have figured out ways to deal with it. However, in BJJ, most people do not know high-level ways to defend it. Moreover, attempting defenses only opens up more attacks for you. The one thing you need to keep your eyes open for is a Kimura counter. However, if your arm is sufficiently high up the hip, there’s no way for an opponent to get it. In that sense, the answer is yes, the high crotch is perfect for BJJ. You shoot without risks of getting choked, you can stabilize the position easily and stay there, and you heave sever follow up options, both for taking someone down or attacking with other BJJ attacks.

As with everything else, you’ll probably fail with the high crotch from time to time. What then? Well, first of all, the easiest thing to do is disengage. However, since you’re not on your knees like in a double leg, you can do so easily. Moreover, you deny any grips when you disengage, which is often the case with failed single leg takedown attempts.

However, nobody likes to actually disengage after getting to a position. If you can’t really throw your opponent using the high crotch. Perhaps you’d want to think about going to a different takedown. You can always hit a double leg, a knee tap, a single leg, or even try and go for a Frieamn’s carry from ta high crotch. Moreover, the back is always present, when an underhook is not, and vice versa. A win-win position.

Learn an air-tight top game to have all the follow-up options you need from Lucas Barbosa. The “Hulk” will return you into a top position machine with his “Top Game” DVD set. Check it out now!

Building A Game Around the High Crotch Takedown

Before we wrap it up, let’s talk about a few ways of using the High crotch takedown to build a great system for standing. In fact, it doesn’t have to be standing, as you could also set it up from a bottom turtle position in certain situations. That said, the logical follow-ups are double and single leg takedowns. What you need to consider here is to actually use the high crotch to set them up, if they’re your preferred choices. Think of it as the lazy way of getting a single or a double. I like to use an arm drag or a Russian tie to get to the side and hit a high crotch. From there it is very easy to get a single leg or go for a knee tap / double leg. It is lazy because you do not have to shoot at any point.

Taking the back is also a breeze form the high crotch takedown. You can do it in two ways. The first is transitioning while standing, and doing your thing form the. Another is actually finishing the takedown by lifting and slamming your opponent to the ground. In most cases, you’ll get a reaction in the form of turtling up. Remember that you have top grip still, meaning you can get he back or hit the Truck and do some fun stuff from there.

Of course, you can also switch gears completely and go for a leg lock. Whether you’re stuck in high growth or use it as fake, you can always transition to a leg lock on the opposite leg. All it takes is sitting down for half an Imanri roll, and transitioning into either 50/50 or an outside Ashi Garami. From there on, you know what to do.

Wrestling classics are always a good fit for BJJ. Whichever way you look at it, a high crotch takedown is going to be effective in Jiu-Jitsu. In fact, I’ll go as far as to claim it is more effective in BJJ than in wrestling, given all the options you have. Have some fun with this one, and if you have any more questions, let us know so we can add more answers to this article.