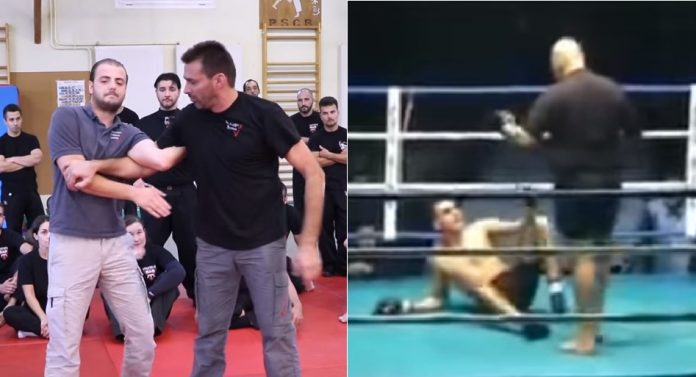 Fred Mastro is a self-defense master and the creator of the “Mastro Defense system”. We can see him in all flashy videos easily fighting and subduing multiple opponents, bigger opponents, tough opponents with very interesting and flashy moves. The only thing we can’t see is resisting opponents and that’s something we all want to see.

Most of the self-defense systems and training lack real sparring and that’s why people who train real fighting martial arts will say that everything that Mastro shows is unrealistic and can’t be done in any real fighting situation.

In the video below, we can see Fred Mastro in a real MMA fight. We give him credit for doing an MMA fight and in training MMA, but this is a situation where we have to ask ourselves, where are all of his flashy moves? How come he couldn’t show 1% of anything that he’s showing to his students and on seminars every day? It’s not Fred Mastro who’s in question here, because he was training MMA and he was in an MMA fight, but the system that he shows and reasons why he’s showing that. 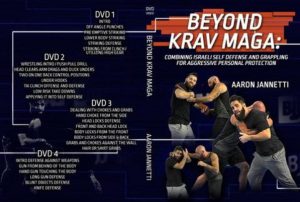 As you can see in this video Fred Mastro didn’t show striking skills, BJJ skills, wrestling skills, simply nothing. And we can say that this match is really bringing to question his “Mastro Defense System”. Although people training in real fighting martial arts were never in question if his moves are working because they knew it’s not working at all, those who like to believe in moves showed only on nonresisting opponents should think twice.

Check out the facts about self-defense and an answer to the question, what martial art should I train to be able to defend my self?

Grandmaster with 12 Black Belts and 7th Degree in Grappling