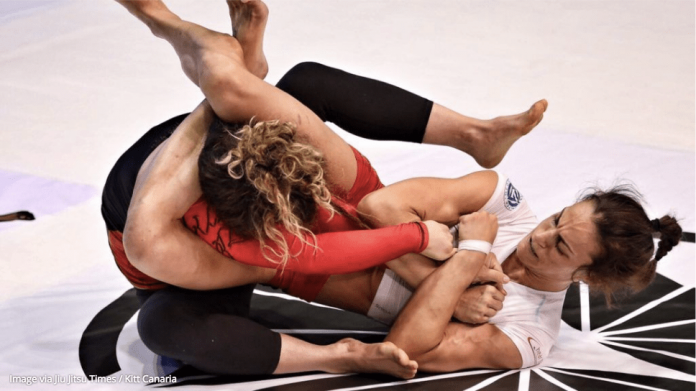 Brazilian Jiu-Jitsu submission holds are the pinnacle of the Gentle Art.  Everyone is after a submission, whether they manage to get it or not. And, believe it or not, despite most BJJ matches ending on points, everyone tries to submit their opponent. However, Jiu-Jitsu has so many submission holds that it is extremely difficult to keep track of them all, let alone learn them all, right? Nope, not really. In essence, there are few basic categories of BJJ submissions and they all share some fundamental principles that make them work. Understand those, and you’ll be able to submit everyone with anything.

Brazilian Jiu-Jitsu Submission holds are actually not that complicated. Sure, when you hear all about Omoplatas, Gogoplatas, Neckties, heel hooks, etc, you’ll get confused. Moreover, as you realize there are more and more of these things as you dig deeper, it might start to feel as if you’ll never understand BJJ submissions. Well, you might not learn all of the technical versions of submission holds, that’s true, especially when you take into account that new ones are emerging almost weekly. However, you can definitely understand how they all work, using some common sense, a few shared principles, and logical concepts.

What are the main categories of Brazilian Jiu-Jitsu Submission holds? Well, that’s simple. First of all, you have chokes, an area in which Brazilian Jiu-Jitsu definitely excels in comparison to other grappling martial arts. You can call them whatever you want: chokes, strangles, compressions, etc, the fact is, every time you try to attack the neck of a person (bar a neck crank) you’re going for a choke.

The second category that we all know of and love to use are joint locks, and in particular, arm locks. While attacks on the elbow and shoulder joint are the most common, there are also wristlocks, legal from blue belt onwards. In BJJ, there are more ways to break an arm, or dislocate a joint on the arm, than you could ever hope to be able to master. And still, three’s a formula to make any type of armlock work for you.

The third category of Brazilian Jiu-Jitsu Submission holds are leg locks. That is a subject that is still dividing the BJJ community nowadays. However, that’s only because people don’t like change and are either too lazy or too afraid to accept the fact that leg locks work, and they’re here to stay. Some area legal for everyone, some just for senior students, while others are pretty much outlawed, at least under mainstream BJJ rules. You still need to know them though.

Of course, there are also other types of submissions, like muscle slicers and spinal twists that are in categories of their own. They’re very few, though, compared to joint locks and chokes, and are subject to “legal issues” in terms of rules, so we’ll leave them be or the moment.

So, how do we understand Brazilian Jiu-Jitsu Submission holds, and figure out a way to get one even when we’re not sure what we’re doing? Easy. We just need to focus on what makes each category of submissions effective. To figure that out, we need to ask ourselves why a submission hold works in the first place. Believe it or not, there’s a really easy formula for each category that will allow you to finish way more submissions than ever before.

Let’s kick things off with armlocks. When it comes to armlocks, they’re either straight armlocks (attacking the elbow), bent armlocks (attacking the shoulder), or wrist locks. The common thing for all of them is that they place pressure on a joint, forcing it to go in a direction it is anatomically not designed to go in. The reason we’re able to place such pressure is down to one thing only, and that is the fundamental reason why armlocks work – control of the two neighboring joints. 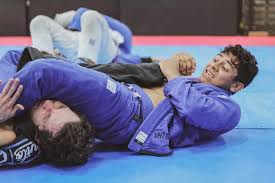 It is just like first aid. You want to immobile the two nearest joints on either side of the one you’re attacking. Achieve that, and you’ll be able to finish any armlock, under any circumstances. When it comes to an armbar or any straight armlock, those would be the shoulder joint, and the wrist. Given that straight armlocks attack the elbow, these are the two joints you need to immobilize in order to achieve your goal.

In terms of shoulder locks, which include Omoplatas, Kimuras, Americanas, and the likes, the same rule applies. However, with the shoulder joint being the one you’re attacking, the two neighboring joints you’re looking to isolate are the elbow and the neck. Think of a north-south Kimura and you’ll see that you’re’ using your legs to control the head, and the figure four grip to control the elbow.

For wrist locks, it is the elbow on one side, and finger knuckles on the other that you need to control. 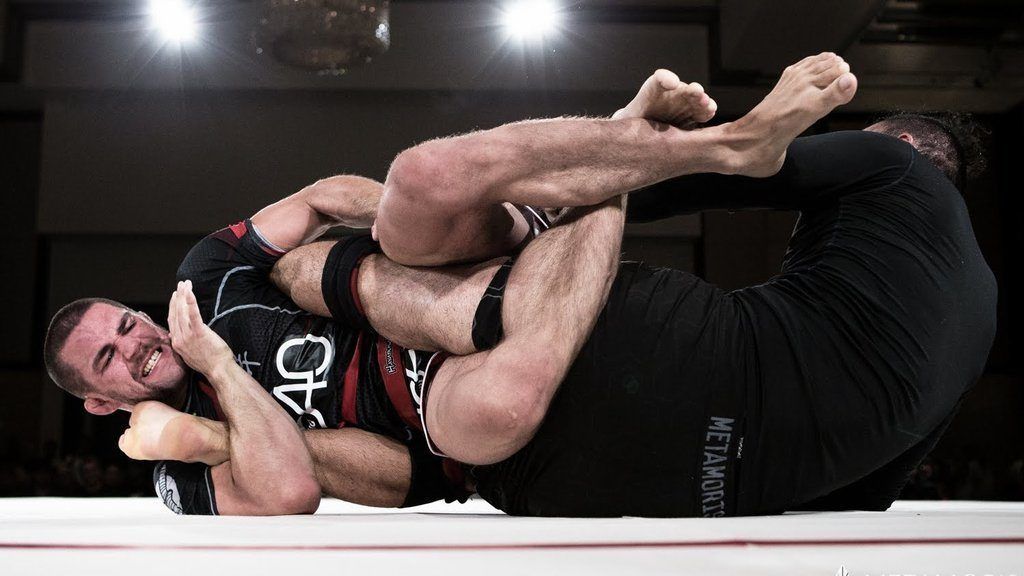 Finishing all leg lock Brazilian Jiu-Jitsu Submission holds comes down to control. Actually, it is pretty much the same as with armlocks, but you’re’ not really going after two neighboring joints primarily. Legs have different anatomy compared to arms, mostly in the fact that they’re somewhat adjoined to one another via the pelvis that is a rigid structure. That means that if you can control the hips, you’ll be able to finish a leg lock.

How exactly do you go about controlling someone’s hips? That’s easy – make them sit on the ground. If you can manage that, you’re halfway done with any leg locks you want. The next crucial details are how to control each side of the hips. One side is controlled directly via an Ashi Garami, which is exactly why Danaher’s approach changed the way we view leg locks. The other side is controlled indirectly, with you gripping and tying up the free leg. As long as the foot of that leg doesn’t’ touch the ground, you’ll run into next to no resistance on your way to finish with a leg lock. Any leg lock.

Finally, let’s talk chokes. They’re the Brazilian Jiu-Jitsu Submission holds that are perhaps the most numerous in terms of technical setups. However, they all boil down to a very simple principle – place pressure on someone’s neck. When it comes to attacking the neck, there are four things you can do: air choke, blood strangle, chest compression, or a neck crank. Very often, when we attack we involve several of them, despite one being the most obvious. However, for maximum effectiveness, we want to aim to go for blood chokes. 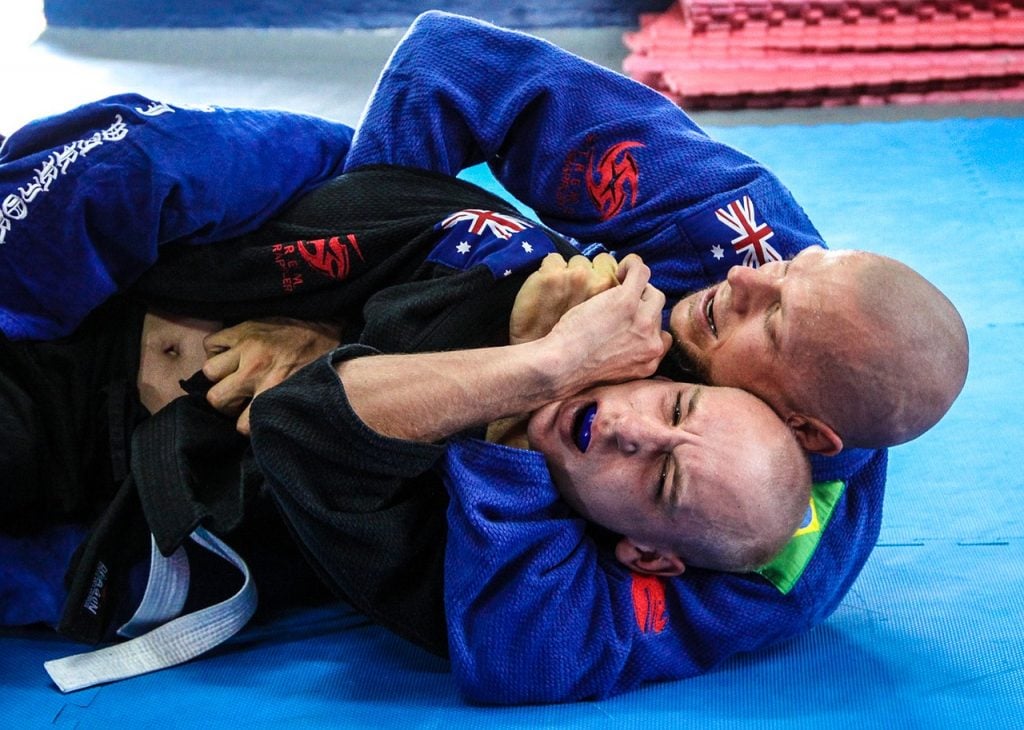 The underlying principle that will make you finish all chokes, has two parts to it. The first one is structure, which has the goal of “plugging the hole”. That means there can’t be any space in between whatever it is you’re using to choke (arms, legs, Gi, etc) and the neck. I call it the Macarena principle – setting your arms like that famous dance will help you create a structure that will plug most holes.

The second part of the principle has to do with patience. Once you plug the hole, you need to count to 20. If a person doesn’t tap or go to sleep by then, simply plug the hole better, and reset your count. The thing with the carotid arteries is that they can’t be completely cut off. You can compress the, which means less blood flow and oxygen to the brain. However, it will take the brain time to register that levels of oxygen are below a certain threshold before it switches off. In other words, plug the hole, and stay patiently in place, not moving a muscle for 20 seconds.

Brazilian Jiu-Jitsu Submission holds are nothing too complicated. We only make them seem like they are, with all the technical stuff we throw-in. “Move your wrist thirty degrees to the outside to achieve this and that”. That is nonsense if you don’t understand why a submission hold works in the first place. When you know why all holds in a certain submission category work, you can try and figure out the correct angle at which you need to place body parts. Without understanding, though, you’re just overcomplicating BJJ and making life harder for yourself.

Try Something Different: “The Scientist” Half Guard Sweep