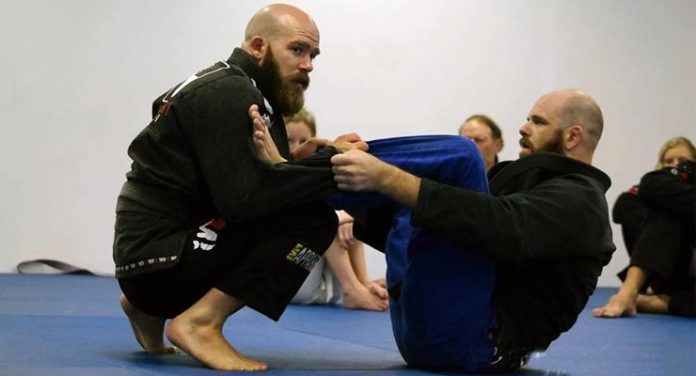 Why do you train Brazilian Jiu-Jitsu? Regardless of the finer individual goals and aspirations, everyone trains to get better. Nobody wants to be a white belt forever, or barely progress in the sport. On the contrary, everyone wants a World title, a black belt in record time, and to be able to tap everyone while never tapping out. The black belt, (although not in record time) is the most realistic expectation out of those three for most people. To get that, you need to become good at doing Jiu-Jitsu. So, how do you get good at BJJ? The answer is in the things you should avoid doing, rather than those you should do.

Too many times we try to figure out what to do to become better, for who to emulate in order to find a shortcut or two. Similar to all other aspects of life, this does not work in Brazilian Jiu-Jitsu. Why not think outside the box, or, in this case, completely in reverse? How about the things we should not do? The thought process here is that removing the obstacles to getting good at something, will immediately help you get better at it, won’t it? So, the answer to the question of how to get good at BJJ lies in what not to do.

Contents hide
How To Get Good At BJJ?
8 Things to Avoid Doing In BJJ Training
Slacking
Seeking Instant Gratification
Avoiding Going In Bad Positions
Being A Lousy Teammate
Not Accepting Advice
Leave Class Early Or Arrive Late
Getting Technically Overwhelmed
Not Listening To Your Body
Closing Arguments

How To Get Good At BJJ?

Just show up, right? Well, it is not quite that simple. Simply being present in a BJJ academy will help you learn a thing or two, but definitely not get good at Jiu-Jitsu. Of course, people that come in to train usually do not spend most of their time, not training, like they do in commercial fitness gyms. The nature of grappling makes it hard for you to be on your phone, given that there’s a partner counting on your attention and cooperation. 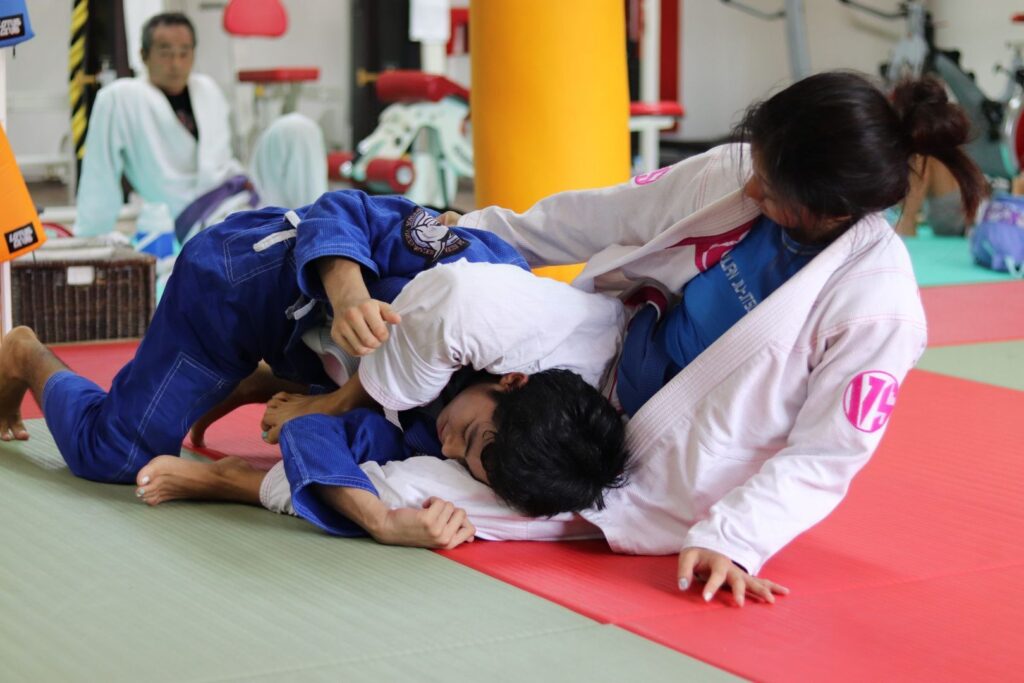 And still, people will figure out incredibly creative ways of slacking through what they don’t like, even if it comes at the cost of them getting good at BJJ. Whether it is skipping warm-up, slacking through drills, skipping rounds at the open mat, or a bunch of other things, looking for shortcuts is in human nature. Well, guess what? Those that actually do make it to World Champion level, and get to tap out most people while rarely tapping out themselves, are the ones that do not look for shortcuts, but rather, the longer and harder road.

There’s no magic formula on how to get good at BJJ. Hard work comes first, and removing all obstacles to your progress is second. However, plateaus and outside factors are not the obstacles you need to be looking to remove. It is those things that keep you in your comfort zone, with at least one foot, that is holding your progress back in most cases. Figure out what the best of the best are not doing on the mats, and replicate that, instead of trying to eat porridge with the exact same recipe Gordon Ryan does, or do the drills the Mendes brothers do.

There are far more than 8 things that can hold your progress in Jiu-Jitsu back. However, the list below features the things I’ve seen scamper people’s success and potential over the years on more than one occasion. In simple terms, do your own thing, be all-in when on the mats and try not to look for the easy way out. When the time comes to face that hard way out, and in BJJ, it most certainly will, shortcuts just won’t cut it. This is how to get good at BJJ by not doing certain things:

How many times have you slacked through the warm-up, or skipped a rep or two (or ten) when drilling? We are all guilty of this, but it does take a huge roll in our BJJ progress. Simply put, when you’re on the mats, you might as well do everything that’s big asked of you. After all, instructors put together classes with the goal of helping you achieve something. All the drills and exercises and techniques are not just random stuff from their brain. The next time you feel like not drilling or warming up, instead of slacking, do one more rep of everything than anyone else in the gym. That is how BJJ World Champions think.

This is pretty much something that is universally true for martial arts, but in Brazilian Jiu-Jitsu it takes on a whole different meaning. I often say to people that if they’re looking to learn something during a single class, they’re in the wrong gym. I believe that to be true of all Jiu-Jitsu academies. Learning BJJ is a lifelong process, and you’ll see results and progress spike up down the road, regardless of how much effort you put in at the moment.

Learn about delayed gratification, and enjoying the fruits of your labor in the future rather than instantly. This is one o the great secrets of how to get good at BJJ. 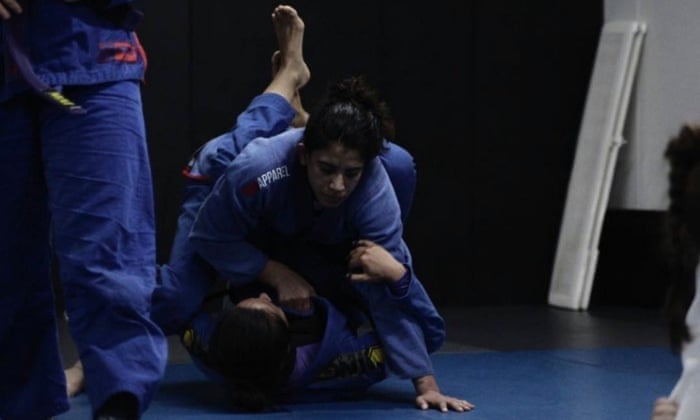 Suffer, suffer, and then suffer some more. IF you wonder how to get good at BJJ, there’s no better way than to tap. Even if you’re miles better than someone you should not just look to dominate people, but rather go into bad spots and try to figure ways out. You’ll get crushed, smashed, tapped out, and all associated uncomfortable things. So what?

IF you want to learn Jiu-Jitsu, you have to get comfortable everywhere. You won’t be winning all the time, and even more importantly, you need to understand how to turn a bad situation into a good one for you. That will only happen if you go deep into deep waters and battle the sharks.

I can’t restress this point enough. In my academy, you won’t get promoted if your attitude toward people on the mat (and off them) is disrespectful and condescending. You can be as technically gifted as Marcelo Garcia, but if you’re a lousy teammate, your progress will suffer. And it is not just about belts, you won’t get better at BJJ by making fun of teammates or belittling them, even if you’re better than them. there’s always someone better than you, and you wouldn’t want to be in a situation like that. one of the most important aspects of how to get good at BJJ is not being a dou#$&ag and treating people with due respect. It is astonishing how much you can learn from everyone if you just listen to them.

Another big no-no is being too confident that the way you’re doing things is the only way, and not accepting advice and feedback from people, And yes, that includes lower belts! There’s no ego in BJJ, right? Well, that doesn’t just refer to the ego in rolling, but in every aspect of the sport. Not every piece of advice will improve your game, but Developing the ability to take other people’s opinions into consideration is a huge step in getting really got at Jiu-Jitsu.

Something that really gets on my nerves, and I know every other instructor will agree is people coming in late for class or leaving early. Exceptions are, of course, not an issue, since we’re not running military academies here. However, doing stuff like these disrupts the flow of the class, the instructor’s denominations, and takes away from everyone’s attention. In other words, it is not just you getting a piece of this information instead of the whole picture, but also everyone else. As far as how to get good at BJJ goes, being punctual and staying for the entire class, not skipping anything, from rolling rounds to cooldown stretches is very important to your progress. 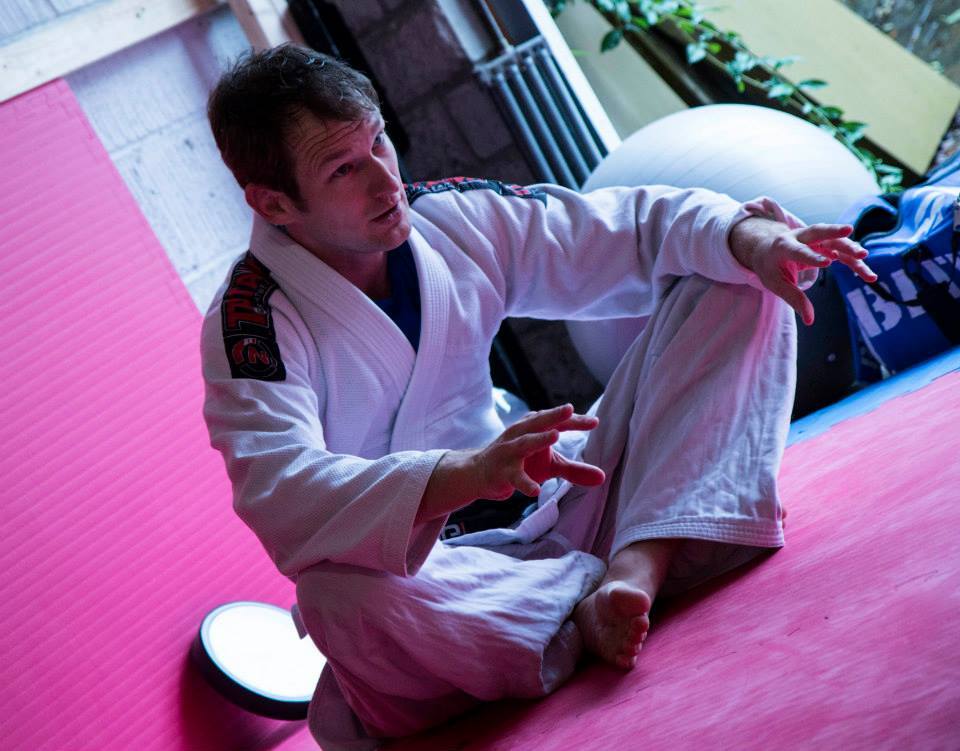 If you’re trying to learn everything from every possible Danaher DVD at the same time, you’ll never be able to figure out even the simplest things. It doesn’t have to be  DVD’s it can be YouTube videos, Instagram videos, or even stuff you’re learning in class. Here’s just no way you can work on guard passing, back takes, sweeps, submissions, and takedowns at the same time/ You’ll just do bits and pieces of everything and see no progress at all. Instead, focus on one subject, the narrower it is, the better, and go research it and experiment with it for months. Once you feel confident you have an understanding you can go for something else and repeat the process.

This is what the very best grapplers in the world do. there simply is no way to learn different aspects of Jiu-jitsu all crammed together. Divide and conquer!

Not Listening To Your Body

Probably one of the most important aspects of getting good at BJJ. If you can’t go to train because your body isn’t allowing you to, nothing of the above really matters. Why is this point last on our list then? Because of its importance! IF you are too tired, haven’t eaten right, slept too little, or are dehydrated, you won’t be able to perform.. this refers to both physical and mental performance.

The one caveat of how to get good at BJJ that you can’t skip is taking care of your body, and most importantly, listening to it. If you’re not feeling like you can train productively, stay at home! Beter miss out on one training session then get injured and be sidelined for two months.

How do you get good at BJJ? Don’t look at what other people are doing, but rather at what they’re not. Learn from other people’s mistakes rather than their successes. It just so happens that everyone’s paths are different when it comes to the approach they take, but mistakes, especially in BJJ, are universal for most. Give yourself every chance of progress and remove every obstacle in your way. Only then can your own goals and aspirations come into play and help you achieve the progress you’re after.

Frustrated Because Your BJJ Progress Is Stalling?