The belt system in Jiu-Jitsu does not just represent the skill level of people. There are many other meanings behind having a belt, which is exactly why people tend to misunderstand promotions. We’ve already talked about how your demeanor and overall approach also playa key role in your promotion. Another really interesting aspect is the mentality of each belt. If you stay in the sport long enough you’ll notice that certain traits repeat themselves with most people at certain times. One great example is the “blue belt instructor” Another is the BJJ purple belt know-it-all.

To be completely honest from the get-go this is not an article about downgrading purple belts. On the contrary, the BJJ purple belt is the most important time in a grappler’s career. The purple belt period usually lasts the most because it represents the bridge between beginner and advanced. It is not uncommon for some of the top instructors out there, as well as innovators within the art, to be purple belts. However, there’s also a different side to being a purple belt that we’ve all gone through – being an insufferable know-it-all.

As much as the blue belt is a time for weeding out the serious grapplers, the purple belt is a time where the steel gets hardened. Getting the BJJ purple belt means you’re most likely in it for the long run. Purple belts are usually highly individuals who really embrace BJJ and commit to it. For me, it was the best period of BJJ, hands down. However, it was also a period that revealed a lot about me as a grappler, and not just a period of learning new stuff. 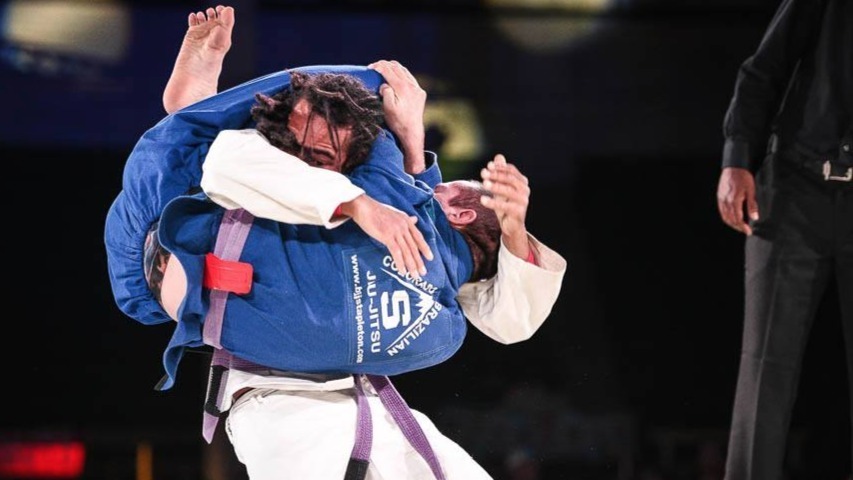 Most often you’ll see the purple belt period marked as the one when grapplers discover their styles. At blue belt, you first learn to survive and by doing so discover the power of the guards in Jiu-Jitsu. However, it is a purple belt that connections start to form. This is when everything that you’ve trained for starts to connect. You experiment a lot with different positions, most of which are brand new. This is imperative in finding out what works for you. However, it also gives birth to a very interesting phenomenon.

From my humble experience so far, the worst student you can find a BJJ academy tends to be the BJJ purple belt. This by no means true for everyone out there, but bear with me and you’ll most likely recognize yourself. How often do you see purple belts coming in late, and trying to slack off while they’re waiting for the open mat to try all their new stuff out? What about every time that they claim to know exactly what you’re talking about and then go about and do it their own (mostly wrong) way again? The BJJ purple belt is by far the worst possible student. Luckily, we all grow out of that phase.

By the time you reach the purple belt level, you already have a lot of hours under your belt. In fact, you have just enough to exhibit a well-known phenomenon. It happens to everyone, from drivers to soldiers and athletes. You reach a point where you’re skilled enough to be good at what you’re doing, but you’re still a long way from being great. The thing is, being good gives you so much confidence that you end up making silly mistakes. In other words, you’re experienced enough to think you can’t make mistakes, but in truth, you’re a long way form bein as good as you think.

As a BJJ purple belt, I was all about the lastest in the submissions department. Moreover, I claimed that each one of those was going to work against anyone, given how unorthodox they were. It took a lot of mistakes and getting humbled (a lot) to actually realize that it is not all about the latest crazy move. Yeah, you get a few people along the way but they’ll soon wise up. Listening to what instructors teach you is the only proven way of actually progressing successfully. That doesn’t mean stop experimenting and having fun, it just means you need to also listen. And somehow, this seems to be the hardest part for a purple belt.

At this level, you’re so confident in your skills that you think you know everything there is. You’re aware you have a long way to got o black belt which is why you focus ion certain areas of the sport. However, the mistake is thinking you’re the utmost expert in those fields. Well, you’re not. As innovative as your stuff might be, black belts are going to shut it down without even breaking a sweat.

Growing Out Of It 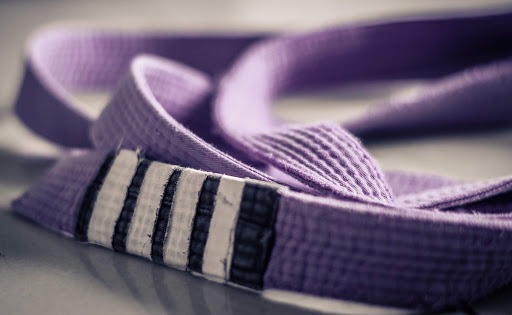 To get out of this, make sure you always remember to stay humble. You can have immense knowledge in certain areas but you’re still a purple belt. And, if you want to be a solid brown and black belt one day, you need to learn how to listen. Staying humble doesn’t just mean tapping to higher belts. It means listening to what they have to teach. BJJ is all about experience and even if they don’t know the attest spinning flying move, they’ll certainly have things to teach you about it.

Just last year, a purple belt proved how deadly they can be, by conquering a double world title with all wins by submission. Now, you can use the same tactics as Roberto Jimenez thanks to his detailed instructional. “Take The Back Every Match” is a 4 part BJJ DVD that is the perfect recipe for competitors of all levels!

Every BJJ belt brings about new challenges. The way people face them is highly individual, but oftentimes it manifests itself in similar ways. Purple belts, at a certain point in time, tend to be really difficult as students. That doesn’t mean they’re bad or won’t get past it. However, it’ll help to both understand this and guide them out of it as an instructor, and try and be less of a problem yourself, if you are a purple belt. After all, one day you’ll be the one trying to deal with the BJJ purple belt know-it-all.

When Are You Experienced Enough To Be A Jiu-Jitsu Instructor?

Jiu-Jitsu Rules To Obey By When Rolling

The Secret To A Huge Gas tank For BJJ Rolling