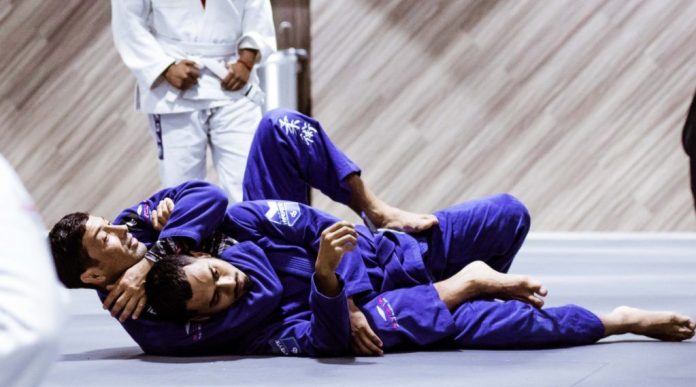 You always remember your first…submission! The one I managed to get was a really hard-fought one and actually features later on in this article. That said, BJJ does offer more submission options than any other grappling martial art out there. That also means that you might end up being extremely confused when you first start training BJJ. It is not that all submissions won’t work for you. Some submissions are simply better for BJJ beginners than others, and it is a smart idea to focus on those first.

Submission hunting is not an easy job, regardless of your Jiu-jitsu level. Still, BJJ beginners really do have it tough. They’d love to sink in a submission, any submission, on anyone in the gym. However, at the same time, they have to try and survive submission attacks and all the positional pressure of more experienced training partners. However, all is fair in BJJ, and there’s no rule that says beginners should only suffer. Still, catching both peers and higher belts in a submission as a beginner is much easier when you use the right submissions for your level.

A Submission Game For BJJ Beginners

As much as BJJ beginners would love to hit flying Gogoplatas, they’ll have to wait their turn. To be honest, there’s really no great time for hunting flying submissions, regardless of belt, but they are out there. For the JIu-jitsu newbies, though, simpler stuff will yield far more results than all the things they look up on YouTube. And that right there is the hardest thing of all – working on things that are great for your level, and not the things that you’d like to do because they’re attractive.

Submission hold that have a high percentage of success in BJJ, share several common traits. The most important one is that they are simple in nature, and require just basic biomechanics in order to get to them. IN other words, the less you have to work for a submission, the easier it is going to be to get it. And BJJ beginners already have enough complicated things in their lives trying to remember the names of BJJ moves, new movement patterns like shrimping and all the positions they’re learning in class.

A BJJ submission game for beginners should only include simple and easy submissions that are easy to set up from specific positions. That means that as a beginner, you should be looking to submit directly, Ifa submission fails, you should either get back to the position or try and get another position. This is not the time to try and link submissions together in a chain and look for fancy transitions.

Actually, when I come to think of it the same submissions that are a perfect fit for BJJ beginners are the highest percentage of submissions overall. So, if they work at the black belt level, why not learn them as early as white?

As I discovered, there’s no real system of criteria when it comes to choosing the best submissions for BJJ beginners. Everyone has an opinion on what the best options are, according to their approach. However, certain submissions do feature over and over against in everyone’s list. So, we came up with our own way of deciding which submissions are best for beginners, and more importantly why.

There are three basic criteria that a submissions should fulfill in order to be easy enough for BJJ beginner to learn fast, and efficient enough to work against more experienced training partners. First up is the complexity of the move, or in other words, the mechanics and positioning. Secondly, we have the percentage rate of a move. However, we rate moves according to how well they work across all belts, not just among BJJ beginners. Finally, there’s the difficulty level when it comes to learning a move, for which we use a scale of 1-5. Just as an example, a flying Gogoplata would score 12 on this scale. 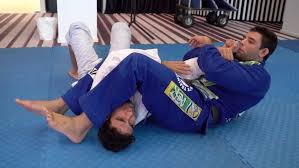 How It Works: The armbar is one of the oldest submissions that makes an appearance in all grappling martial arts. The goal is to place your hips behind your opponent’s elbow, while having their arm outstretched. This places pressure on the elbow joint when you push with the hips. From mount, there is a short transition that gets you in the armbar, but it is not hard at all for BJJ beginners to master quickly.

Percentage Rate: The mounted armbar is actually a much higher percentage finish than the armbar from guard. One look at any BJJ tournament will show you far more finishes from mounted armbars as opposed to guard attacks. In fact, most armbars that start in guard, eventually end up in the same finishing position as a mounted armbar.

Difficulty Level: The submission itself is very simple and extremely effective. However, given that there’s a transition between the mount and the final finishing position, I’d rate the armbar as a 3.

How It Works: Тhe Rear Naked Choke is the most popular submission move in all of the martial arts. What you’ll soon discover in BJJ is that it is not as easy as it seems, but not too hard either. Done from the back, this choke works by grabbing around the neck with one arm and reinforcing it with your other via a figure four grip.

Difficulty Level: 2 at best, and only because people often take a bit of time to get the figure four arm placement right. Apart from that, back control is easy to explain, and the choke is easy to set up. Perfect for BJJ beginners. 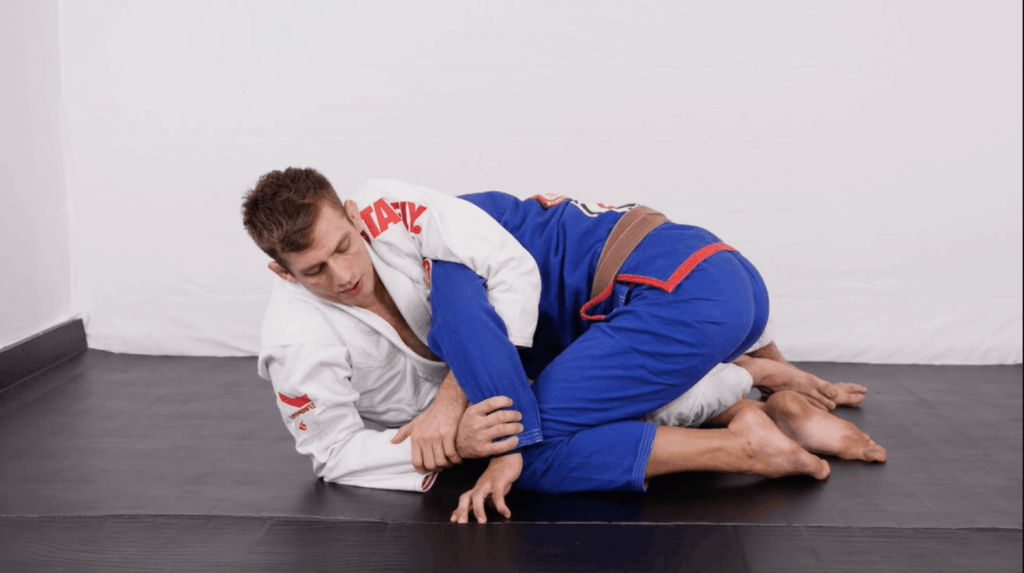 How It Works: The Kimura is another submission that targets the arm. In contrast to the armbar, though, this is a bent arm lock. That means the arm is bent at an angle that should be 90 degrees or less. A figure four configuration of the arms similar to that of the Rear Naked Choke is what makes this submission very formidable. The best part is that you can get it from virtually any BJJ position. My recommendation would be the closed guard for beginners and white belts in general.

Percentage Rate: The Kimura’s percentage level depends on the position you’re doing it from The closed guard offers the best finishing rate for Kimuras. Moreover setting up the submission is extremely easy and can work both as an attack and a counter.

Difficulty Level: Similar to the Rear Naked Choke, the figure four configurations mean it gets a 2. A good thing is that the Kimura and Rear Naked Choke work with a similar grip, cutting down learning time by half. 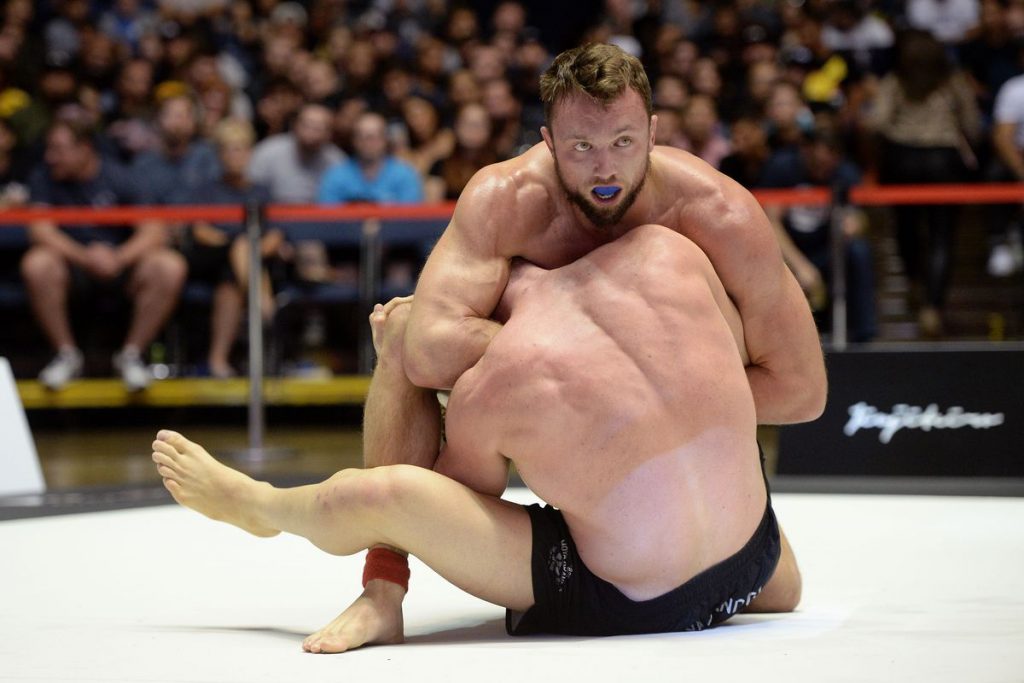 How It Works: The guillotine is a choke that comes instinctively to people. In order to work, though, you’ll have to get the right grip, and even understand angles a bit. However, there are so many grips that BJJ beginners can actually choose which suits them the best. Available from the guard and mount in most cases, the preferred starting point for learning Guillotines would be the closed guard. The way it works is you grab an opponent’s neck with one arm, by placing their head in your armpit. You then connect your arms and you squeeze.

Percentage Rate: The guillotine is one of the most used chokes in BJJ and MMA. It works perfectly with and without a Gi, driving its percentage rate through the roof. Getting out of a really tight guillotine is really difficult, making this submission even better.

Difficulty Level: 3, given the grip variations and angle and pressure adjustments. This move takes perhaps the most time to master, compared to the rest in our list. It is more than worth the effort, though!

How It Works: This is actually the first submission I managed to get as a white belt. The move is really easy, With an opponent laying on the ground facing up, your goal is to hug their head, while lying next to them, facing down. In order for the move to work though, you’ll need to include the opponent’s near sidearm in the “hug”. Clamping your hands together will result in one of the tightest chokeholds in BJJ.

Percentage Rate: High percentage rate, particularly in No-Gi. It works well in the Gi as well, but the collar can get in the way of setting it up. Half guard is a good spot to hunt for the arm triangle, but so is the mount. However, remember that in order to finish it, you have to be falt on the ground next to your opponent, and not on them.

How It Works: A move that most people learn quite early. It is a staple submission of BJJ and works great from both the guard and mount. However, for BJJ beginners, the guard is the more stable and reliable position to set this choke up from. All you need to do is get both your arms in the opponent’s collars by making an “X” with your forearms. A simple pull will get you instant taps.

Percentage Rate: Iн terms of percentage, this is a Gi-only choke, for obvious reasons. That lowers the rate of finishing a bit when we include Gi and NO-gi. However, in Gi BJJ, this one is proven to work even against elite-level black belts, once you get the hang of it.

Difficulty Level: 1. The positioning of the arms is extremely easy, and you need no special movement in the guard to set up. The choking motion requires absolutely no strength, and there’s no reliable way of defending it. That makes it, arguably, the easiest choke you’ll learn as a BJJ beginner.

BJJ beginners do have lots of submissions at their disposal. Learning any and all submissions is far from a bad thing to do if you’re just starting out. Just make sure you dedicate time to one, or even better, all of the moves that are best suited for your level. Once you have a solid arsenal you can dabble with any other submission you like.

DVD and DIGITAL Instructionals Related to the Best Submissions For BJJ Beginners :

3. MASTERING THE GUILLOTINE BY JOSEPH CAPIZZI