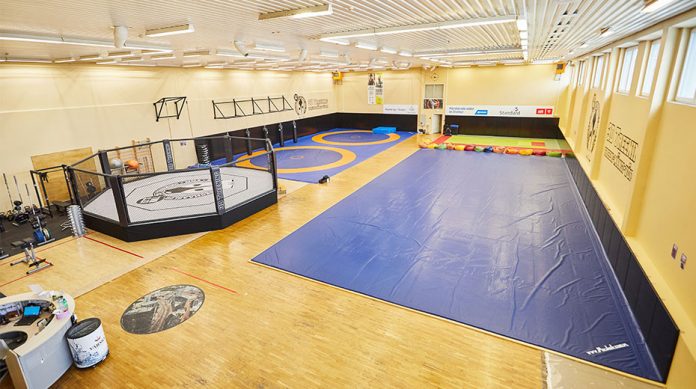 Training Jiu-Jitsu is now easily available in most places around the world. However, there’s not always a BJJ gym in your vicinity. Or, even worse, there is one but it is a McDojo or some of those hybrid modern gyms that teach nutty stuff. What are the options left for Jiu-Jitu practitioners? If you’re looking for a good grappling session, you basically have two options when a solid BJJ gym is not around. One is to go wrestling, which is definitely what most BJJ folks are looking for. The other is visiting an MMA gym during a grappling class. To that extent, let’s take a look at several of the best MMA gyms in the world when it comes to high level grappling and JIu-JItsu classes.

BJJ in MMA is huge, as one would expect. Suffice to say, there isn’t an MMA fighter out there that does not train Jiu-Jitsu. However, that doesn’t necessarily mean they’ll be good at it. In the cases where MMA fighters train Jiu-Jitsu in an academy, the results are usually guaranteed, but it will take time, like for all other Jiu-Jitsu practitioners. For those doing grappling and BJJ in within their MMA gym, there are many things to consider in terms of developing an actual solid grappling gameplan. Some MMA gyms are much better than others in that regard. We outline a few of the Best MMA gyms for BJJ training below.

Training BJJ In An MMA Gym

Jiu-JItsu and MMA go hand in hand together. Almost any MMA gym offers grappling classes. However, the level varies greatly, mostly depending on how is teaching and how the people are behaving. With MMA fighters, it’s all about focus anyway, and they see grappling as just another tool. That’s the perfect approach for Mixed Martial Arts, but not so much for JIu-Jitsu practitioners. BJJ folks looking to train at an MMA gym might not be in a real mood to practice their combat JIu-Jitsu skills, which might end up being the case more often than not.

That said, certain MMA gyms really do offer top of the line JIu-JItsu classes. These are usually the best MMA gyms in the world anyway and can afford to hire both great coaches and have great talents training constantly and with dedication. Those gyms usually offer both Gi and No-Gi classes, despite MMA being inherently NO-gi. Here’s great value to training in the Gi, as most long term current and ex UFC champions can confirm. Some people like Jon Jones, who is a purple belt constantly train with the Gi. Jose Aldo, despite fallen from grace now, is also known for never giving up on Gi Jiu-Jitsu as well.

Having people like that in an  MMA gym means that the grappling classes are not only intended for their fighters. This makes it perfect for visiting Jiu-Jitsu practitioners that are just looking for a high-level BJJ class. The best thing, at least according to me, about training BJJ at one of the best MMA gyms In the world is that people are usually not restricted by rulesets. In MMA, anything goes in terms of positions and submissions. In fact, the wackier the better, as it is often proven in sie the octagon. So, if heel hooks, spinal locks, and other unusual stuff is not your forte, you might want to keep searching for a Gi Jiu-Jitsu academy.

When it comes to selecting the best MMA gyms in the world for JIu-Jitsu practitioners we took several criteria into account. Of course, the main one is the instructor. In that sense, it is very easy – you want someone that people love to listen to, and can transfer knowledge. For that matter, they do not have to be a professional MMA fighter, nor a BJJ black belt. Rather, look into how people in an MMA gym think and rate their grappling coach and start from there.

Next up is the gym’s approach to training grappling. Or, in other words, the training partners you’ll run into on your visit. What you’re looking for, as a Jiu0Jitsu practitioner, is partners to actually train Jiu-Jitsu with you near your level. That means that not every roll should be with the intensity of an MMA fight. With pro-MMA fighters, this is often a state of mind, and you need to be careful who you pick to train. If you don’t have many options, go for the guy/girl that doesn’t have an upcoming fight or the most experienced ones on the mats.

Now, let’s take a look at some of the best MMA gyms Jiu-Jitsu practitioners can visit for a positive and very beneficial grappling experience.

There’s no real order to the best MMA gyms on this list, as all of them offer top of the line Brazilian Jiu-Jitsu classes. In fact, some of them started off as all-out BJJ schools that then morphed into MMA gyms. The gym is located in Rio, although it has plenty of affiliates around the world too. André Pederneiras, the founder, is a Carlson Gracie black belt with a wealth of fighting and teaching experience. Gustavo Dantas and Robson Moura are also among the people responsible for the JIu-Jitsu portion in the gym, so you can rest assured you’ll get one of the best training experiences anywhere. The gym is known for fighters like Jose Aldo, Marlon Sandro, Thales Leites, Joe Warren, and many others. They’re one of those MMA gyms that include regular Gi BJJ training sessions.

Kings MMA is a California based gym run by Rafael Cordeiro. They have two main gyms, one in Huntington Beach, and the other in West Holywood. They offer regular BJJ classes on top of BJJ for MMA ones. Apart from Cordeiro himself, who has several “best coach of the year” awards, esteemed black belt Ricardo Testai is in charge of grappling training. Visiting Jiu-Jitsu practitioners can look forward to training in the Gi, in No-Gi, in competition classes or simply roll. AS a bonus there’s also BJJ for kids included. Notables that train and have trained there are Wanderlei Silva, Mauricio Rua, Anderson Silva, Fabricio Werdum, and many others. 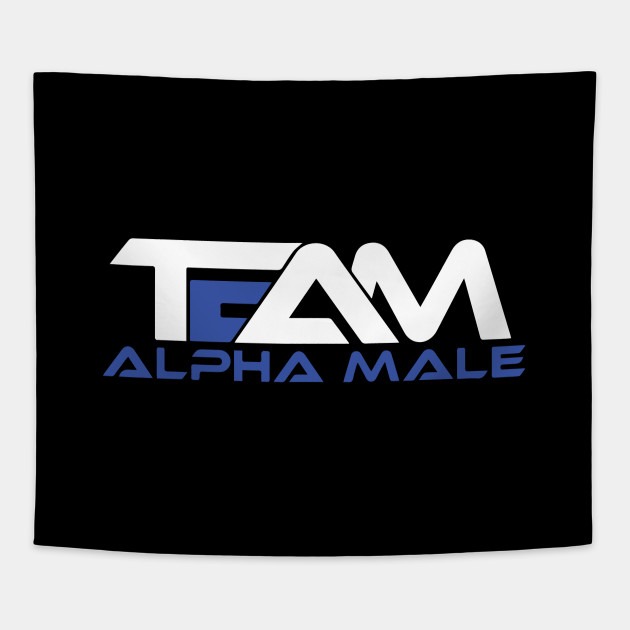 As you might suspect, this is one of the top grappling dens of MMA. Even among the best MMA gyms, when it comes to grappling, Alpha Male clearly stands out. Their headquarters are in Sacramento, and this gym is famous for having the best (and most) lighter weight fighters in the world. There have been many changes in the BJJ coaching staff with founder Uriah Faber always switching things up in any department. However, high-quality grappling is guaranteed, although mostly in No-Gi. Still, what you get is the chance to actually train and roll with folks like Faber, Chad Mendes, Cody Garbrandt and others. Marcelo Clemente black belt Fabio “Pateta” Fredo is the head BJJ coach (world No-Gi Champion). Still, other black belts, like UFC fighter Chris Holdsworth and Dustin Akbari also jump in regularly to coach. 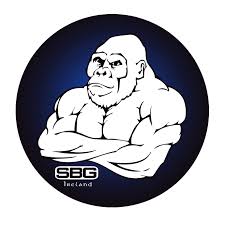 Wherever you read the words SBG, you can rest assured you’re in for an awesome grappling experience. SBG is run by Matt Thornton, who is a grappling genius and a Chris Haueter black belt. Subsequently, he is the man who gave SBG Ireland head coach, John Kavanagh his black belt. Of course, the most notable person training there is Conor McGregor, which is enough to make this one of the best MMA gyms on its own. However,  Kavanagh is a 3rd-degree black belt. He is also one of the people with the deepest understandings of Jiu-Jitsu in the world. It would be a real treat for all Jiu-Jitsu practitioners to get to train with him. The gym is located in Dublin. It offers GI, No-Gi, rolling and kids classes with top of the line coaches and training partners.

Duke Roufus is definitely a household name when it comes to MMA coaches. Operating out of Milwaukee, Wisconsin, he runs a very tight ship. Although himself a prolific striker, he is one of the very best overall MMA coaches. In terms of grappling, Roufusport offers regular BJJ classes dubbed “Carlson Gracie Jiu-Jitsu”. That’s pretty much self-explanatory. Namely, the have Daniel Wanderley, a black belt under Gutenberg Melo of the Carlson Gracie lineage heading the JIu-JItsu classes. On top of Gi and No-Gi Jiu-Jitsu classes, Roufusport also offers submission wrestling and grappling, for those Jiu-Jitsu practitioners looking for variety. Plus, you might run into Anthony Pettis or a number of other UFC fighters there.

When it comes to the best MMA gyms in the world, one of the absolute favorites of everyone is Jackson – Winkeljohn’s in Albuquerque, New Mexico. The gym, as you know, houses the who-is-who of top MMA fighters in the world as well as the most UC champions. Grappling-wise, they have an entire Gracie Barra team training out of the gym. The people in charge are Roberto Alencar and Rafael “Barata” Freitas which says it all really. There are also regular Gi classes in the curriculum.  In addition to that, coach Jackosn himself teaches grappling classes on a regular basis.

Finally, we’ll conclude with Black House MMA, but it is not the end all be all. There are plenty of other MMA gyms out there perfect for JIu-Jitsu practitioners. The ones on our list, though are proven to be among the best MMA gyms in the entire world in addition to offering world-class BJJ and grappling classes. Brothers Antonio Rodrigo and Antonio Rogerio Nogueira are in charge, which is all the proof you need of the level of Jiu-Jitsu there. The who is who of Brazilian MMA fighters have trained in Balck House at one point or another. In charge of Jiu-Jitsu are, of course, the Nogueira brothers in the Rio facility as well as Kevin Casey in the California facilities.

Training BJJ in an MMA gym is a taste of something different for most Jiu-Jitsu practitioners. When it comes to the best MMA gyms, you’re in for a treat. Particularly if you can get into a class with one of the founders. The above options are just examples of how you can think differently while you’re BJJ globetrotting around the world looking to put in a grappling shift or two.