One of the hardest things I have faced as a BJJ coach is trying to figure out what basic Jiu-Jitsu is. It may be simple to just show people how to shrimp and do armbars from the guard, just like it has been done for decades now. But is that really what the basics of the sport are? On the other hand, trying to go too deep into concepts will have people, especially brand new students, equally as confused about it all as they are with techniques. So what is basic Jiu-Jitsu, something that can actually be taught to everyone and have them actually understand, learn and progress?

First of all, let me make it clear that basics are not just things that new students should learn. People usually have quite big holes in their understanding of what makes BJJ tick even when they have higher ranks. Basic Jiu-Jitsu is all about the things that make it possible to do what we do – and that means going painfully simple in terms of things that you should consider basic. What you’ll soon realize is that people will start thinking instead of copying, and that will yield much better grapplers in just a fraction of the time it takes going about the “traditional” way.

Contents hide
What is Basic Jiu-Jitsu?
5 Basic Things Every beginner Has To Master
Keeping An Open Mind
Conclusion
Related Articles:

What is Basic Jiu-Jitsu?

That is a really difficult question to answer with any level of preciseness. Basic BJJ is not about the closed guard, nor is it just about self-defense. Thos e are just some of the things that pop to mind when we talk about basics or fundamentals.

Moreover, this approach is quite widespread throughout the BJJ community, as it is what the people that are currently teaching were taught themselves. If the school education system has taught us something it is that teaching what you were taught without questioning and developing results with unmotivated people that haven’t been pushed to use their full potential. It is the same in BJJ.

There are different approaches to what is basic in terms of Jiu-Jitsu, and all of them have some merits. However, they are based on techniques, for the most part. Teaching new students stuff like the armbar from closed guard on their first day, or a standing opening pass seems logical, just as they were taught to us first.

However, think of it this way: to understand what you are saying, they’d need to know what the guard is, what the armbar is, and how to get there. Those are three areas of BJJ that we spend months understanding, and yet, somehow, we expect people to pick them up from day one.

What is even more important is that those have nothing to do with basics. The basic idea of BJJ first and foremost is to be able to defend yourself, particularly when on the ground. Of course, guards, setups, and the likes have their place, but they enter the picture as people train. Basic Jiu-Jitsu means understanding some key concepts and mechanics that make everything else you are to pick up, later on, make sense. Think of it as the alphabet. 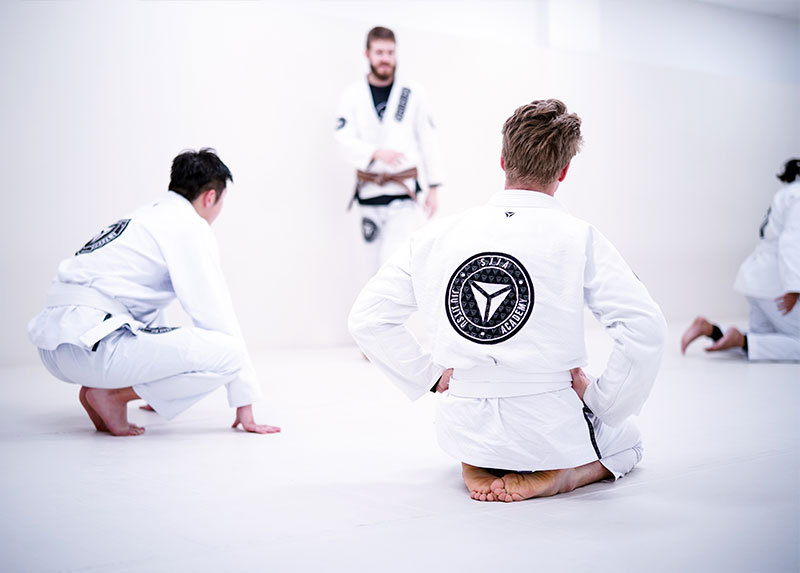 5 Basic Things Every beginner Has To Master

To be honest, I still haven’t completely figured out the best way to get all basic Jiu-Jitsu into a curriculum, if you will. I have had, however, lots of success with using a system that I am about to share with you. Give that I have also taught for years using the old systems, I certainly have enough data to compare the two.

Let me be clear – by submissions I mean submission mechanics. That simply means teaching people how to do an armbar, triangle choke, or a kneebar from the end position. No entries, no setups, no grip fighting.

The mechanics of the submissions provide an interesting subject for people, will give them confidence and teach them when to tap, and they’re highly useful in self-defense situations. There’s nothing more basic in BJJ than submission holds, and the high percentage ones at that: armbar, kneebar, ankle lock, triangle choke, guillotine, rear-naked choke, and the likes.

One of the most important things that everyone in BJJ has to understand is the principle of aiming to be the top player. As Chris Haueter puts it: “Be on top and stay on top”. Conversely, teaching people about the top and bottom positions is a crucial concept that is not approached like that.

Simply put, the closed guard is a great basic Jiu-Jitsu starting position, as it explains that you can be safe off your back. However, people need to understand that you only have two options from it – get on top or submit. Thus, the guard is the ultimate bottom position example.

Conversely, the ultimate top positions people need to consider are the mount and the back. They are, after all, the best positions you can be in BJJ. It doesn’t really get much more basic than the closed guard, the mount, and the back when you’re explaining what is top and what is bottom in BJJ. PLus ti makes teaching sweeps really easy, given that people already understand what the end goal of them is  – to end up on top. 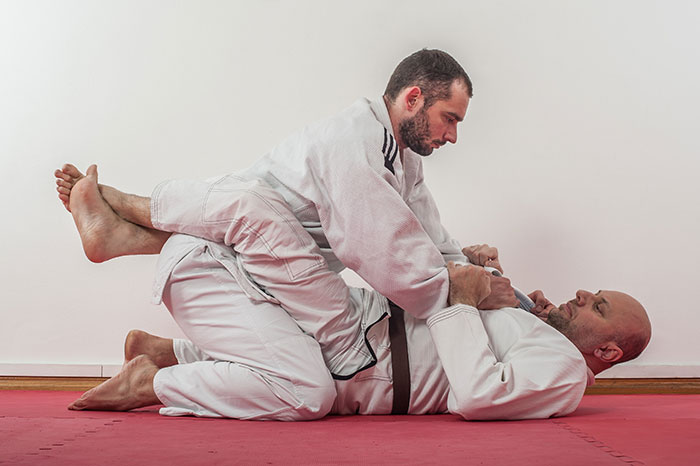 One of the things that have haunted me has been how bad beginners are with sweeps. I mean, it takes almost up to blue belt for most people to really become good with some of the sweeps we show white belts. That said, looking at the scissor sweep, sit-up sweep, and pendulum sweep, the reason for this is more than obvious. these are all movements that require boy awareness that newcomers don’t have just yet. As such, it is wrong to consider them as basics.

Give that making a difference between top and bottom is a key concept, my take on approaching sweeps are simple – use what you already told them: submissions. Namely, it is really easy for people to realize that setting up a submission from the guard (triangle choke, guillotine, or Kimura) also means that you can use that position to easily put someone on their back.

In other words, the conditioning for sweeping someone is having a submission that either near completion or going for one. Going for direct sweep setups that involve 10+ steps is definitely a no-no.

Escapes, at least proper ones, are a subject matter that is difficult for pretty much everyone in BJJ to truly grasp. And yet, it has to be taught as part of basic Jiu-Jitsu. This way, the people will learn to lose the fear of exposing their back or being at the bottom of the mount. they have to understand that there are ways out, and there’s no need to be overly technical about that. SImple key concepts like keeping elbows together, and never allowing both shoulder blades on the ground will be more than enough to get them going. That, and of course, showing them the turtle position as their proverbial safe heaven.

What is the point of every exchange we do in Brazilian Jiu-Jitsu? Submission of course, but that is the very end. The thing that makes every scoring position or submission possible, is occupying the opponent’s inside space (space between the shoulders and knees) and controlling it. Once you have that, everything else will not be hard to hold, get, or finish. Along with being the person on top, and keeping your elbows together as often as possible during exchanges, you give people easy goals to follow. That is what basic Jiu-Jitsu is all about.

20 years ago, it would be considered preposterous to go to a BJJ academy and not learn how to shrimp or attack from the guard in your first few classes, followed by rolling. The fact of the matter is, Jiu-Jitsu has evolved since then.

Along with it, so ahs the understanding we have of it, as well as the people involved in BJJ. Claiming that basic Jiu-Jitsu has not changed since those days makes us no better than Karate. There’ son point in teaching stuff the way they were when we have evidence that there’s a better way.

In another 20 years, I have no idea what people will consider to be basic Jiu-Jitsu that is a must for beginners. I do know two things though – the evolution of the sport means that today’s basics are taught from a different perspective compared to a couple of decades ago. I also know that failing to evolve along with the sport means coaches are doing a disservice both to themselves and the students they are teaching.

The bottom line is that the fundamentals of BJ Jhave not changed, but rather our views and understanding of them have. That, in turn, means that we should also change the way we teach it to beginners. After all, the point should be to teach them more in less time, rather than having them question what is going on around them every class. 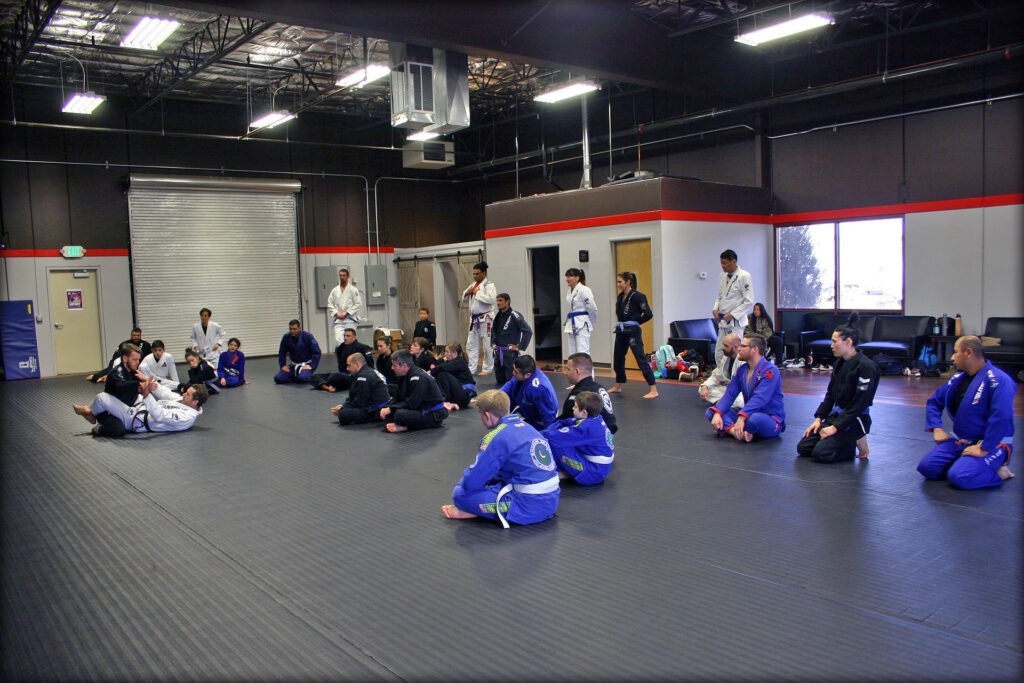 All in all the focus of what is basic Jiu-Jitsu has shifted. That is great because it does not just mean beginners get to learn in a better and more understandable way. it all means coaches and instructors get a different perspective on things. For me, switching things up proved to make a huge difference compared to the traditional method used before. Seeing how other top coaches around the world teach, I can see that this type of approach is definitely the way forward.