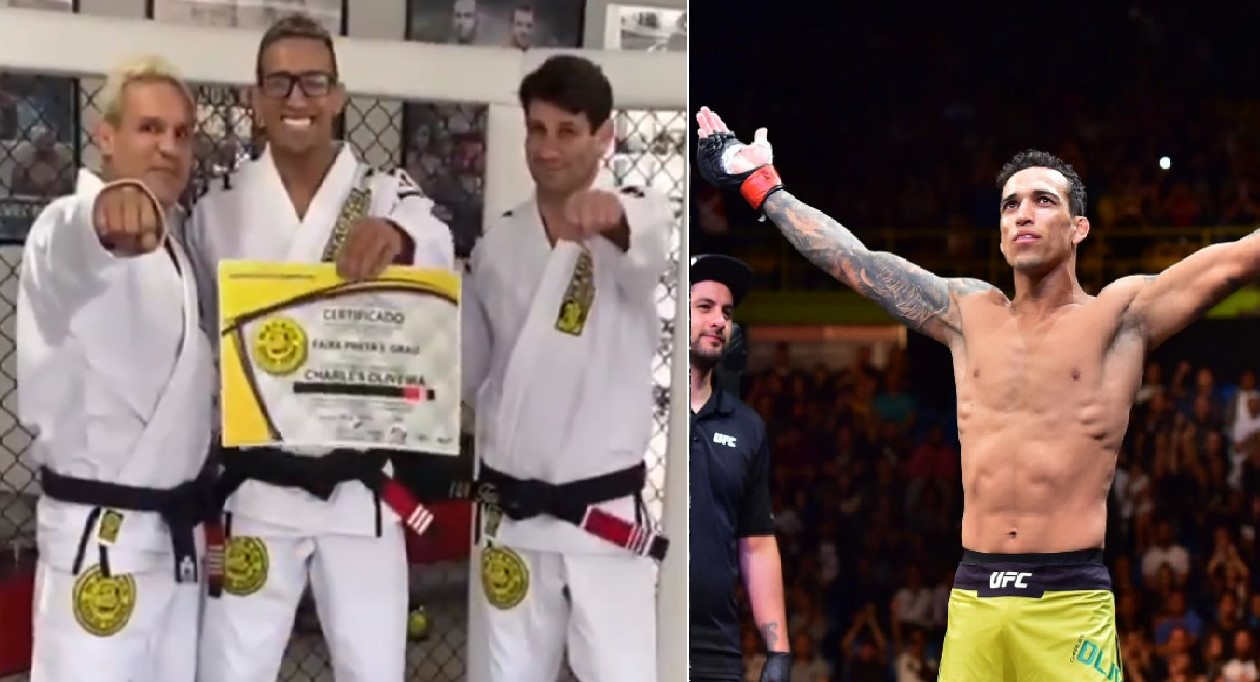 Few weeks ahead of his opportunity to claim the UFC world champion title, Charles Oliveira is promoted to 3rd-degree Jiu-Jitsu Black Belt.

On May 15, Charles Olivera (30-8 MMA, 18-8 UFC) will meet Michael Chandler for the UFC’s vacant lightweight title, and today he was promoted to 3rd-degree BJJ Black belt by his instructor Carlos Tavela and Jorge “Macao” Patino.

UFC’s and Jiu-Jitsu ace announced the news on Twitter:

“Hey! Quick update here… I got my 3rd degree on my Black Belt. I was promoted, by legend Jorge “Macaco” Patino, and prof. Carlos Tavela. I’m very proud! Thank God, thanks fans…”

After his last fight against where he dominated Tony Ferguson, he earned a UFC lightweight title shot against former Bellator lightweight champion Michael Chandler. That was the last of the 8 fights winning streak.

Probably his complete domination and an impressive win over Tony Ferguson sped up his title shot. What’s even more interesting is that Oliveira dominated Ferguson mostly on the ground and Ferguson is the 10th planet Black Belt promoted by Eddie Bravo himself.

After winning eight straight fights, including back-to-back 2020 wins over Kevin Lee and Tony Ferguson, Oliveira was finally awarded his shot at UFC gold. Oliveira will take on former three-time Bellator lightweight champion Chandler, who made quick work of Dan Hooker in his promotional debut at UFC 257 in January.

Watch All Charles “do Bronx” Oliveira Submissions in UFC

Tony Ferguson Shows His Injured Elbow and Talks About The Fight