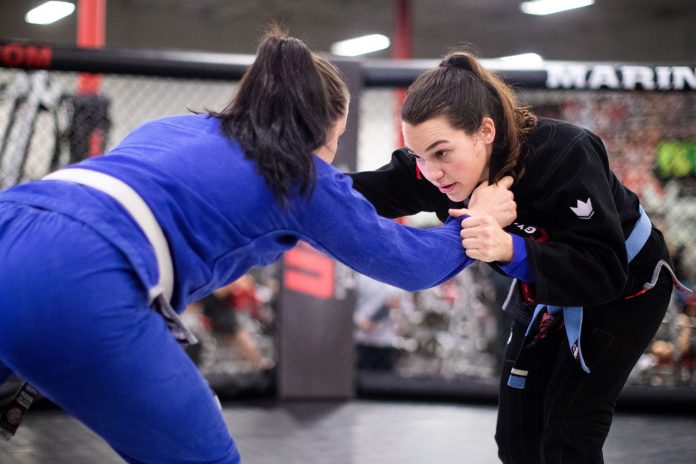 We often say we’d like to know certain things earlier. In Jiu-Jitsu, this is something I’ve said on plenty of occasions. The thing, is, that when it comes to certain technical stuff, or stuff learned through experience, thinking that learning them early would make a difference down not make sense. However, there are certain things that would come in handy to anyone who decides to start Brazilian Jiu-Jitsu training.

BJJ is a hard sport that demands a lot of dedication. Those that make it past blue belt, will really be in it for the long run, most likely for life. Along the way, there are different milestones to reach and huge lessons to learn. However, among all the craziness of BJJ, some things should probably be on the “recruitment poster”, just so people have an easier time as they start training Brazilian Jiu-Jitsu. Those things have more to do with what the actual training is about and some philosophies of Jiu-Jitsu, rather than being something that will change the outcome of a match in an instant.

I’ve trained 6 or 7 different martial arts in the span of 30 years. All of them and their challenges especially form the start. Brazilian Jiu-Jitsu training, though, has to be the hardest one. You start training something that makes you wonder why you’re allowing people to torture you on the ground as they’re doing it. The moment you get out of the gym though, you just can’t wait to be back in again. It is something that’s very specific to BJJ and is something most people experience.

Of course, the way classes are scheduled, and how instructors act and teach makes all the difference in the world. Starting Jiu-JItsu can range from going in and just stepping into class, and eventually going for rolls on your very first day. In other situations, there are intro classes, introductory courses, and group classes that do not allow for rolling at all, for a short period of time. All of this really affects how people perceive Brazilian Jiu-Jitsu training when they first sign up. 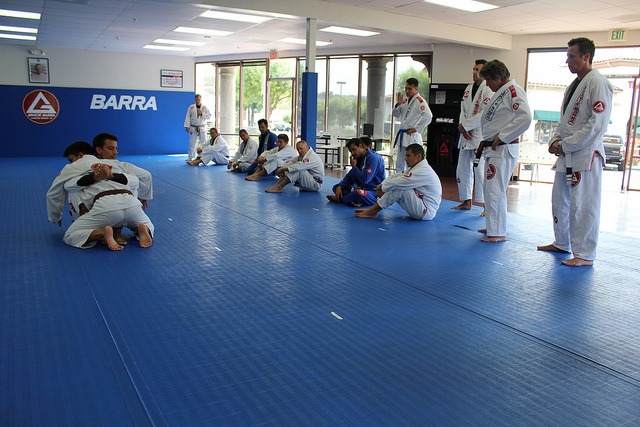 That said, there are several things that I guess everyone should know before they start training. It is not that these things will change people’s lives, or they’ll have a much harder time if they don’t know them. Most of us never knew them, and we turned out okay…sort of. These are things that will help people understand different aspects of Jiu-Jitsu that don’t necessarily have to do with how you execute an armbar or a guard pass. Simply put, they’re stuff I wish somebody told me before I started.

It is always smart to be prepared for whatever endeavor your undertaking. When that endeavor is training grappling martial arts, and in particular, BJJ, being prepared is even more important. Think of this as a warm-up. Having an idea of what Brazilian Jiu-Jitsu training is will help you fit into the Academy quicker and better. Plus, you won’t feel so lost in classes.

Getting A Gi Right On The First Try

Yeah, it is possible. You can get a Gi right the first time you get one, and it is not that complicated. Our comprehensive guide to everything Gi related is all you need to make an informed decision. What people usually say is that you should get an entry-level Gi, and later start to figure out what type of Gi you like to wear more. I think that you could figure out a Gi for you from the start, size, and all if you just talk to someone that understands BJJ Gis. It is not something people usually volunteer as information, though, so you will definitely have to ask about it.

When To Force Yourself To Stop Rolling 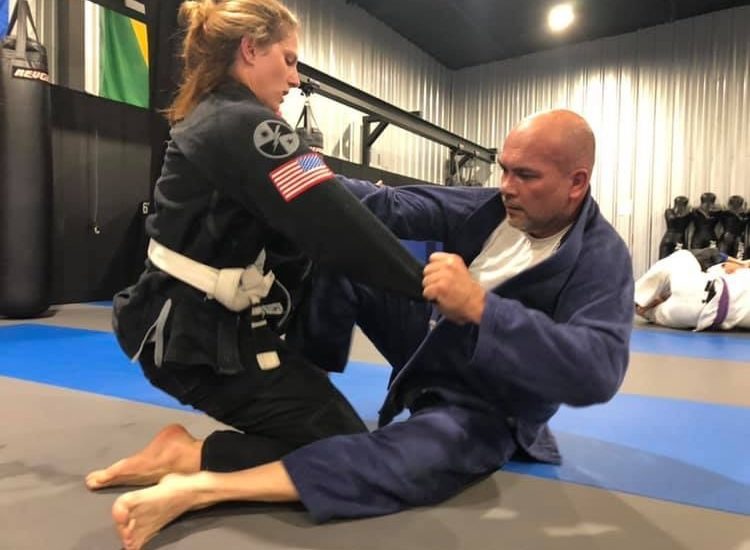 This is something that all kinds of people, of all belt levels, struggle with. We all know that we shouldn’t train/roll injured, and yet, we still do it thinking it is not a big deal. However, stopping yourself from rolling in Brazilian JIu-JItsu training can sometimes be the most important part of a class. there are those days when things just aren’t working for you. It may be that your mind is wandering, or you’re just off with your timing, techniques, etc. The best thing someone could tell you to do is stop. After class is over, skip the rolling, preventing injuries to yourself and/or teammates. Just walk away and come back to the next class.

This is something that I personally wish someone told me. As a big fan of NO-GI that trained (and still trains ) in a predominantly Gi academy, I was guided to learn Gi BJJ first, and then look into No-GI. It made no sense then, but I obliged. It still doesn’t make sense, but now I tell people that they should do it. Not just try No-Gi, but actually do it in addition to their GI training. And they should start as early as possible. Moreover, the same things are true the other way around – No-Gi players should train with the Gi.

You Don’t Have To Train Techniques On Both Sides

This was a big one for me, and it would’ve made my game so much more versatile had I known it before. It was something I figured out along the way, and not a thing someone told me. There’s absolutely no need to be able to do the same move left and right. Even better, you should actually try and have different ones, on different sides. For example, why pass with a knee cut pass on both sides, when you can do leg drags on one, and knee cuts on the other? It is something that really does impact how you look at Jiu-Jitsu and is something I think people should learn very early.

There Is No Final And Ultimate Solution To Anything 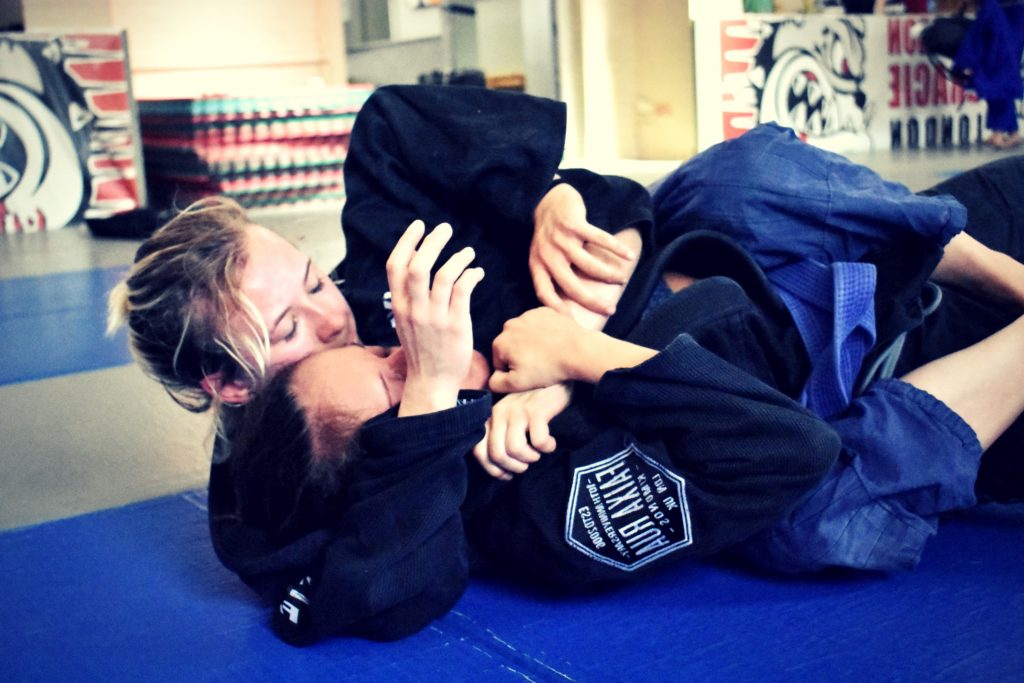 This is probably obvious, but sometimes, people like to say that a position or move is the ultimate solution to something else. In other words, they say it like it is the end solution when it is not – BJ evolves on a daily basis. people thought leg locks didn’t work, then everyone started doing them, and calming they’re undefendable. Fast forward a bit, leg locks are now just another submission that we know works but is ales not hard to defend. There are plenty of examples like this and it needs to be clear that during Brazilian Jiu-Jitsu training, what works today, might be redundant tomorrow, and there are definitely no “silver bullet” moves.

Running An Academy Is No Breeze (And Sometimes Not Fun)

This one is a big one for me, at the moment. I guess not everyone wants to hear about running an academy as soon as they start training, but, it will be important to those that end up owning or managing one. In that regard, while we all dream about doing nothing but BJJ for a living, running an academy is not always a fun thing to do. there’ a lot happening behind the scenes that you need to be ready to cope with,. and one thing I can guarantee is that it won’t be a breeze. It may eve not be fun and interesting all the time too, despite it being “The BJJ dream”.

Learning these 6 things before starting Brazilian Jiu-Jitsu training, or during your first few weeks, will help you get a better handle on what is going on. In fact, most of these will actually help you progress faster and become a complete grappler further down the line. The reason is that once you start seeing things from a specific perspective, one that’s based upon someone’s experiences, you’ll be able to understand what is going on and how you need to react to things.