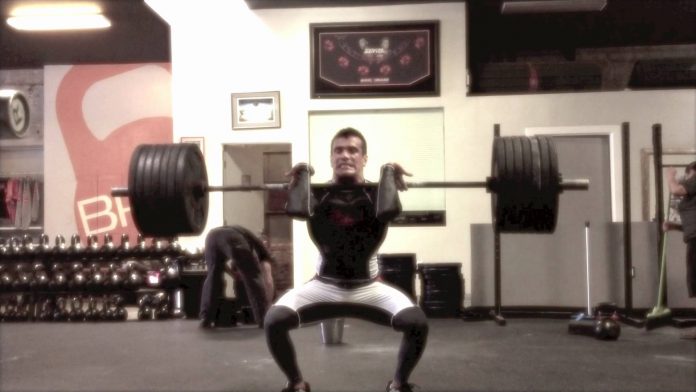 There is regular strength and then, there is Jiu-Jitsu Strength. How come there is a difference? Well, just take your average bodybuilder/lifter on their first day. They might be able to throw you around but you can easily choke and leg lock them as much as you want. Even as they learn, their strength won’t have much transference to grappling. Now think of a strong and ripped farm boy that walks in. he can manhandle you from the get-go and will only get better as he learns a technique. that’s functional strength. Furthermore, it is the basic strength which everyone can develop. You won’t need to go and throw bales of hay at a farm. You can just start powerlifting instead.

I think that by now it is clear that you don’t need overly complex ways to train for Jiu-Jitsu strength. Even those with no experience at all can see how bodybuilding splits by bodyparts are not going to do anything for your grappling. Furthermore, I’m really glad that people are also recognizing that bouncing on a Bosu ball is also just a waste of time. As is dressing a barbell in a Gi to train “specifically” for BJJ. There’s no specific strength training for grappling. There’s only strength that works and one that doesn’t. And the one that doesn’t is the one that bodybuilders look to bring to the mats to get an edge.

Powerlifting is a sport that is focused solely on developing as much strength as humanly possible. It is a straightforward sport for dedicated athletes. In powerlifting, there’s no place for those that want to stand in front of a mirror more than they want to lift. Maximal strength is the goal in most cases. This means that a powerlifter is aiming to lift as much weight possible for at least one repetition.

Powerlifters tend to train in groups, but still compete individually. In competition, they focus on or all three main powerlifts and try to show how much weight they can move. It is not just about weight but also execution, the range of motion etc. meaning a lot goes into training the main lifts of powerlifting. Powerlifters have the ability to move a lot of weight in regard to their body weight, which translates to a huge strength. That said, people that compete in the sport aim to lift as much as possible so they tend to also get as big as possible. Not really something you as a grappler want. However, the ability to lift as much weight as possible for your bodyweight is certainly going to boost your Jiu-Jitsu strength very noticeably.

Finally, the three main lifts that powerlifter use is no unfamiliar to anyone who’s ever been to a gym. The holy trinity consists of the bench press, the squat and the deadlift. Knowing that these three exercises truly work the entire body, you see how even powerlifters can’t train them all at once. Powerlifters use very specific programming and split to reach their goals, but they’re not adequate for most Jiu-Jitsu practitioners. 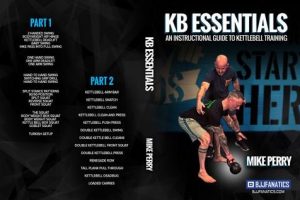 If you’re not really a fan of big weights you still might develop some Jiu-Jitsu strength with other methods. Kettlebells are one such option. Mike Perry knows that way and he has it all laid out for you. Check his “Kettlebell Essentials Instructional Guide” DVD for exercises, workouts, and perfect programming for BJJ.

Training like a powerlifter is much too taxing on the body and nervous system. This makes it the perfect tool for developing superhuman strength but a horrible one for Jiu-Jitsu strength. Not that you won’t get freakishly strong, but you’ll have absolutely no energy to perform on the mats. So, you’ll need to modify. 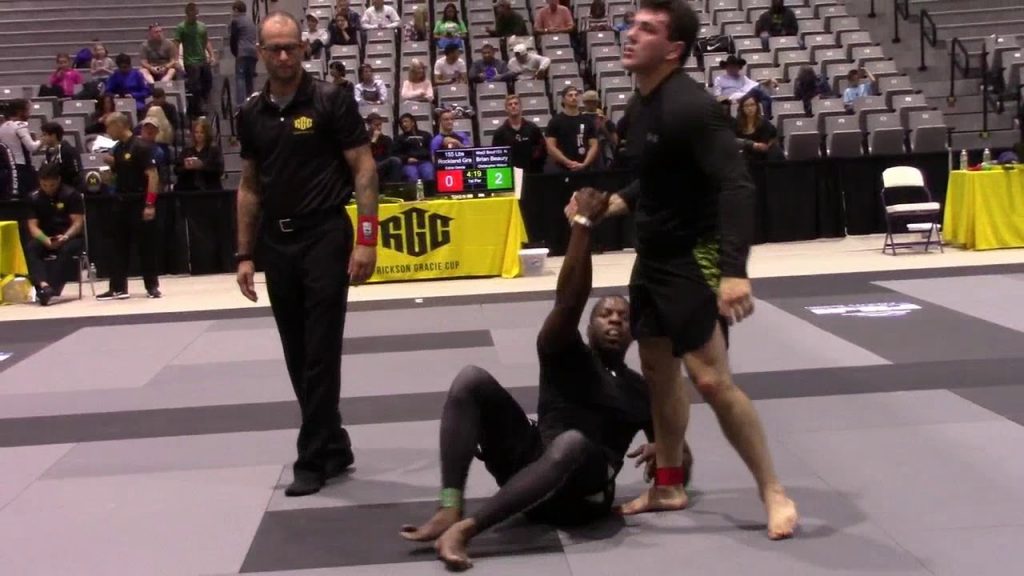 The main goal of powerlifting for grapplers is Jiu-Jitsu strength. A useful side-effect, sort of speak, is massively increased power and explosiveness. The only hard part is figuring out how much your body can take and how to program it correctly. Training only three lifts means you can save a lot of time in the gym while you’re getting stronger. Furthermore, the lifts work the whole body as one unit, just like in grappling. Plus there are plenty of varieties of the exercises that directly benefit grappling movement patterns

On the downside, powerlifting requires equipment and a space to work in. It is also advisable to have a qualified instructor overseeing your progress. Powerlifting also tends to build muscle, but this is easy to regulate with a few modifications. The biggest problem with powerlifting for grapplers is recovery. Both sports demand a lot, especially from the nervous system. This means getting into overtraining is really easy and you can derail your progress in both very easily.

Programming powerlifting fro Jiu-Jitsu strength has one goal to fulfill – not overdoing it. It is very easy to go all out when you’re training just a couple of lifts in a session. But, reaching your true max on a lift means you can’t do anything for a couple of days until you recover. So, focus on using a slight modification and try to train three additional days per week, with just one powerlift per day.

A bit more on the three staple exercises of powerlifting. The squat is a multi-joint pushing movement that involves pretty much the whole body. Ass-to-grass is definitely the norm here, with really heavy weights requiring spotters. This really technical exercise develops a lot of stability as well as the range of motion. It works the whole core musculature, along with removing imbalances. Furthermore, there are great variations that you might opt for instead of the traditional back squat. Zercher squats, for one, are a perfect tool to use for increasing Jiu-Jitsu strength.

The best sets and reps combination is to go for more than 3 to 5 sets of three good repetitions. In terms of weight, aim for no more than 1.5 times your bodyweight. 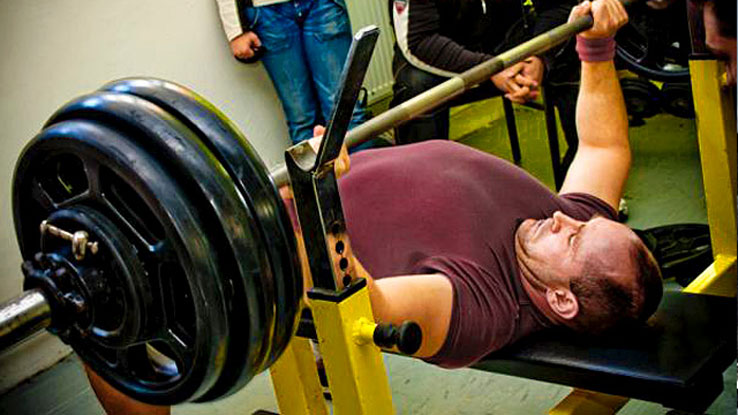 The bench press is arguably the most famous lifting exercise of all times. It works basically all the pushing muscles of the upper body, also demanding stabilization from the pulling muscles. Since grappling is a sport that has a lot of pulling in it, working on your pushing is a great way to achieve balance. Plus, it is a movement pattern where you’re most likely to rely on strength while grappling.

For the bench press, do not exceed a weight of 1.2 times your bodyweight. The sets and reps are the same, and once to twice a week is more than enough.

The deadlift is the one exercise, most strength athletes would choose if they could only do one. Just like with the squat there is plenty of variation to use, depending on your preferences and needs. Deadlifts work all the posterior muscles on your body, from your traps to your calves. They’re irreplaceable as Jiu-JItsu strength builders and an injury prevention exercise. Try to avoid training the deadlift and the squat in one training session when you’re powerlifting. That is a tough ask from any powerlifter, let alone a grappler.

Look to lift at least 1.7 x bodyweight, and preferably double your bodyweight. Do not go beyond that though, as this is the point of diminishing returns. Again, it is 3-5 sets of 3 clean, full range of motion repetitions. Rest should be no less than 2 minutes, preferably more.

Competitive Power Lifting and BJJ Together?

Powerlifters, on the other hand, do not really worry that much about physique or hitting every visible muscle in their body. With them, it is all about how much you can lift with no more than just three exercises. Yup, it is that simple. But, before we go into the reasons you should consider powerlifting over other types of strength training let’s just state the obvious. Powerlifting is a sport on its own and a competitive one at that. If you really want to dedicate yourself, you’ll have to choose between powerlifting and BJJ. If you want to improve your Jiu-Jitsu strength you can borrow certain principles from powerlifting. However, if it’s a max bench record you’re after, stop grappling, start eating and dedicate yourself to lifting as much iron as possible.