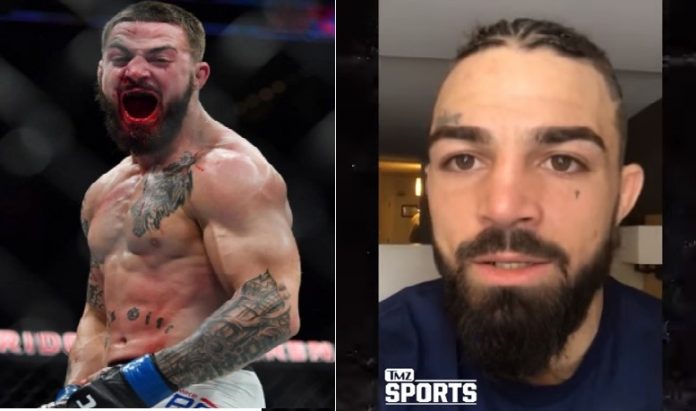 Mike Perry talks about him knocking out a guy who walks up to his girlfriend trying to put something on her head.

It was January First, it was 2 a.m. Thousands of people were walking by.
This guy walks up behind my girl and he was trying to put some party hat on her head. I told him to back up.
He didn’t move so, I reached out to push his shoulder and told him to watch out.
He reached over my Girlfriend and he punched me right into my mouth.
I was like, ohhh MF you’re donna die now.
I caught him with a left hook and dropped him down. He stood up and he and his friend were trying to hit me.
I was moving around and looking at both of them and I threw left hook and dropped that man down.
I watched his friend and asked him “what you wanna do” and he left, he left his boy on the ground.

Check out the rest of the story in a video below posted by TMZ:

(Video) The Russian Power Lifter Knocked Out in a Street Fight, Passed Away in the Hospital