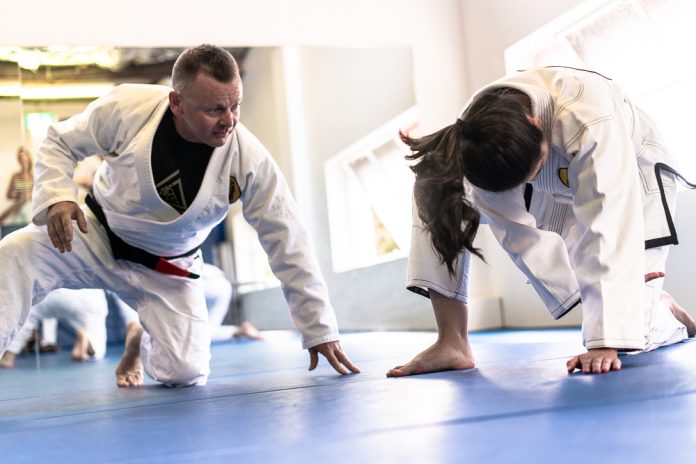 The biggest thing people that train Jiu-Jitsu want is to learn Brazilian Jiu-Jitsu. Pretty straightforward, right? Only it is not. Learning BJJ is a daunting task and everyone will take a different amount of time to go through the ranks. Even more, interestingly, everyone learns in their own way, using different cues and remembering different things. Still, no amount of YouTube videos, DVDs, matches wor whatever you’re doing away from the mats can substitute what you learn at class. Ji-Jitsu requires a hands-on approach, and there’s no secret to success – keep showing up, and do not stop. Yes, it will take years, but this is the only certain way of actually learning Jiu-Jitsu the right way. Whatever that way might be for you.

As you can see, Jiu-Jitsu is very forgiving as an art. Do not get me wrong, when it comes to actually grapple with someone, you’ll be in a world of hurt and discomfort. The forgiving part is in the approach to learning. Unlike traditional martial arts which often have stiff learning methodologies, BJJ offers endless ways of learning. Of course, there are your usual learning types in the auditory, visual and kinesthetic learners. That’s ‘the job for the instructor. However, you also have a huge role to play in how you learn Brazilian Jiu-JItsu. How?

Contents hide
There’s No Secret Way To Learn Brazilian Jiu-Jitsu
The Most Important Thing Is Showing Up
How Much Is Enough?
What You Do On The Mats Matters
In Summary 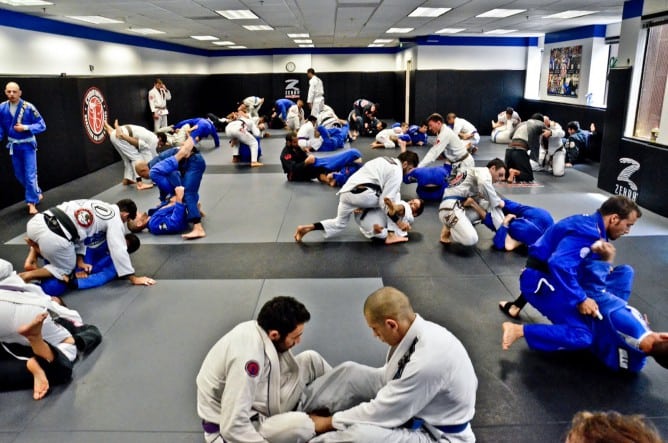 But what about all those articles, books, and the odd DVD promising to teach your BJJ in just months? Let me ask you this – have any of the 3-9 week diet and exercise plans you’ve found online actually worked in delivering what it promises? Of course not. With BJJ, the situation is entirely different though. It is definitely possible to learn Brazilian Jiu-Jitsu in a short time span and even get a black belt in a few years. However, it won’t happen by following a blueprint, because there is no such blueprint. If you want to see what the common thing for everyone that has gotten to black belt fast is, one thing keeps popping up over and over again. That is attendance.

Not one of the masters of BJJ, whether they got their black belt in a couple of years or a couple of decades, has done so without actually going to Jiu-Jitsu practice. Whether or not you can train BJJ on your own is a subject for another day. The proven formula, however, includes you, going to an academy or two or three, and spending as much time as possible on the mats. If there was ever a silver bullet for learning BJJ, it is that one.

In order to learn Brazilian Jiu-Jitsu, you need structure. You need classes, you need drills, you need training partners, you need to roll. And you need to know it. The best spot for actually improving is on the mats, rather than in front of your computer screen, even though it may not feel like it.

The Most Important Thing Is Showing Up

What exactly is showing up? Yeah, really, we need to define this, because some people seem to be struggling with the concept. In fact, showing up is just one half of the puzzle. Standing there on the mats, or doing your own thing is not going to help you learn Brazilian Jiu-JItsu. At least not in the sense, or speed, that you want to. If you show up for training, then you need to actually go in and train. So no, as it seems, simply showing up to BJJ class won’t make you a master in record time. Or, ever, if we’re being honest.

Thre’s a trend among purple belts in the gym where I teach, where they tend to skip warm-ups, along with the better part of a class. Then, they walk in when it is time for an open mat, and take people to try and drill stuff with them, instead of letting everyone roll. That’s one way of showing up that won’t do a lot for your Jiu-Jitsu progress. It is a very purple belt thing to do, but not very effective at learning.

Instead, the first step is showing up on time for an actual class. And, even though you may be a know-it-all purple belt, you still have something to learn from whoever is teaching the class.  Take away whatever you want – the technical aspect, a concept or principles, a revelation that has to do with the position but not the technique is shown there, or even how you would counter something. Learn by using your time on the mats wisely.

Then, proceed to drill, roll and put things to a test. Only after you’ve gone through all phases of class, does showing up starts to matter. That, and you’ll be finally free to mess around with the latest Keenan guard that’ll fall apart before you can even figure out where the grips go.

How Much Is Enough?

So, how much of this showing up is enough for you to learn Brazilian Jiu-Jitsu at a faster pace? Well, that’s entirely up to you. And yeas, there is such a thing as too much BJJ. I’m not talking about overtraining or burning your body out. That becomes apparent on its own. There is as such a thing as a Jiu-Jitsu plateau, the wall you hit when you can’t seem to keep progressing no matter what you do. And just going headfirst and adding more time on the mat can actually be counterproductive. 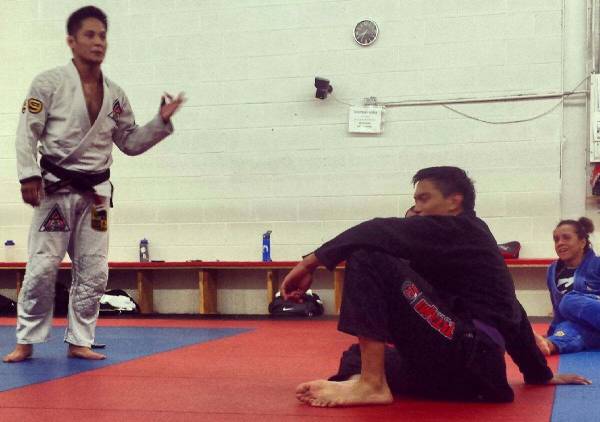 Here’s an idea, one that helps me bus through plateaus quite often – watch. Come to training, do whatever is in the curriculum so that you thick the show-up box, and do something meaningful while you’re there box. But then, when the time comes to roll, refrain yourself from jumping in. Instead, sit down, look at the people rolling, and catch notes. You’ll be surprised at how much insight you’ll be able to gain into Jiu-Jitsu as a whole, not to mention speed up your own learning process. A few sessions of “nerding out” on the sidelines and you’ll be ready to jump back in with fresh ideas and differently organized knowledge.

What You Do On The Mats Matters

I already covered this one, but let’s go deeper into it. Being really present at JIu-Jitsu practice is not just you going through all the motions of class. You’ve heard it said a thousand times, Jiu-Jitsu is at least just as much mental, as it is physical. So, just going through the motions is yet another way of showing up, but not getting the most out of training.

Thinking about whatever you’re doing is something we take for granted. How often do you think about why you’re doing a movie, or how it affects your game while you’re learning it? Instead of just the technical aspect of it, include strategic thinking, problem-solving and an open-minded approach to whatever it is you’re learning. Keep your mind engaged and active and you’ll be able to learn Brazilian JIu-JItsu as fast as the best of them.

All in all, the mantra of just showing up is going to help you learn Brazilian Jiu-Jitsu, just not as fast, or efficient as you may think. Showing up is the biggest thing because there’s no other way of learning apart from spending time on the mats. However, how you spend that time is even more important than begin there, so make sure you’re setting yourself up to succeed with every visit to your Jiu-Jitsu academy.