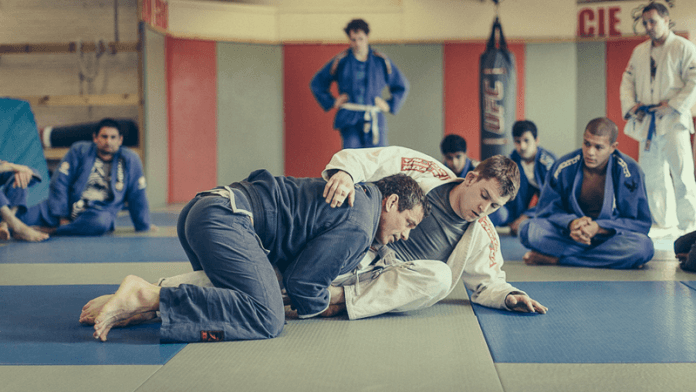 Did you know that there are threes styles of learning things? Since learning BJJ is still learning, all fo the principles of the learning styles apply to it as well. Given how individual learning is, people will often be in between some of the three main styles. In essence, we use a mixture of all three when we learn, but we do favor one over the others. The one we favor is the one that we define as our main learning style. Let’s look at what these three styles are and how understanding them can help you learn BJJ faster.

When you’re in Jiu-Jitsu class, which method of learning do you prefer? Do you learn easily just by watching the instructor demonstrate the moves? Is it much easier to hear what they’re saying rather than just watch what they’re doing? Or, do you prefer to try the move out with and learn along the way? In most cases, all of these methods together help us when we’re learning BJJ. However, one of them is usually a favorite, meaning that if you remove the other two, you’ll still be able to get the point of the move. However, if you remove that one, learning becomes really hard and most likely, improbable. So what exactly are these learning styles?

According to the VAK we use the main methods of receiving, processing and understanding new data. VAK stands for Visual, Auditory and Kinesthetic, which describes all three learning styles within this modality.

All three learning styles are developed throughout our life, mostly at a very young age. Basically, in kindergarten, we go through a Kinesthetic learning phase. Later on, mostly in primary school, visual methods of learning take over. Finally, as we go to high school and college, most of our learning tend to switch again, this time towards auditory. While this can, of course, varies on an individual basis, it is a rough outline of how we master all three learning styles.

Kinesthetic learning is basically the ability to process and understand new information by means of interacting. This means using touching and movement as the main methods of learning new skills or information.

Visual learners, unsurprisingly, learn most just by watching. In that sense there tend to be two main types – those that learn by writing down, and those that prefer different visual materials to write. Visualizing is the most prominent tool of this learning style.

Finally, auditory learners are those people that you might see talking to themselves, Yeah, as crazy as it sounds it is a learning style and a method of remembering. With them, it is all about the information they can hear rather than see or touch.

It just so happens that the VAK approach is one of the best ways of learning BJJ as well. Let’s look at ways in which we can use it to improve our study of grappling.

Learning BJJ with the help of the VAK system is nothing new. In essence, it is precisely how we all do it anyway. The difference is that, when you know your learning style, you can use that to learn things much better and faster. Let’s face it, Jiu-Jitsu is never ending and it has countless things to learn. Whether you like to learn specific techniques, understand principles, try out the conceptual approach or all of them, you’ll have lots to learn. 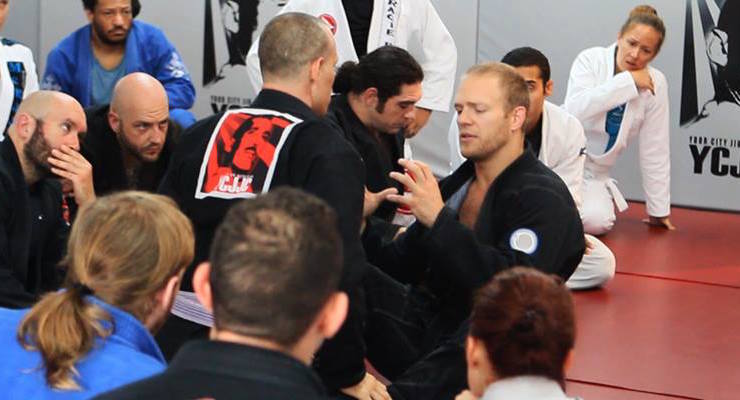 The thing to understand here is that no one style of learning is better than the other two. As an individual, you’re most likely in favor of one of them. However, that doesn’t mean that this is the method that will be universally the best option for everyone.

A special note here for coaches and instructors. Whatever your learning style is, your teaching style does not have to reflect it. You can teach in one, two or all the styles. Whatever you choose remember to try and understand the individual students’ learning styles when you’re explaining. This is particularly important when you’re correcting someone while they’re performing the move you’re teaching.

*Instructors’ tip: Make sure that when you’re explaining to an auditory learning style student you use as detailed explanation as possible. Explaining every step you take during a technique will ensure they get the most information possible. Give clear directions on what they should do when performing a technique without interfering with your limbs.

Learning BJJ as a visual learning type is something that fits right in. The common thing BJJ classes have is repeated visual demonstration of a given move. During such a time, even if an instructor doesn’t really say everything, they’re doing, you can see every little detail of the move. For visual learners, this is perfect.

Once again it is important to position yourself correctly to be able to see every important angle. Not only that but make sure you ask to see something again. As a visual learner, it is best that you ask you questions during the main demonstration, rather than when an instructor oversees you doing the move. Also, try to get permission to circle around and look from different spots. With most BJJ instructors, this is more than fine.

Kinesthetic learners usually make up the smallest portion of VAK learners. However, grapplers do tend to be keen on kinesthetic learning, so you can expect quite a lot of them in a BJJ class. As a kinesthetic learner, you have two main avenues of learning. One is to ask the instructor to demonstrate the move on you, which, depending on the technique,  is not always a good idea. Another is to ask the instructor to place your body/limbs in the correct position when they oversee your execution of the move. 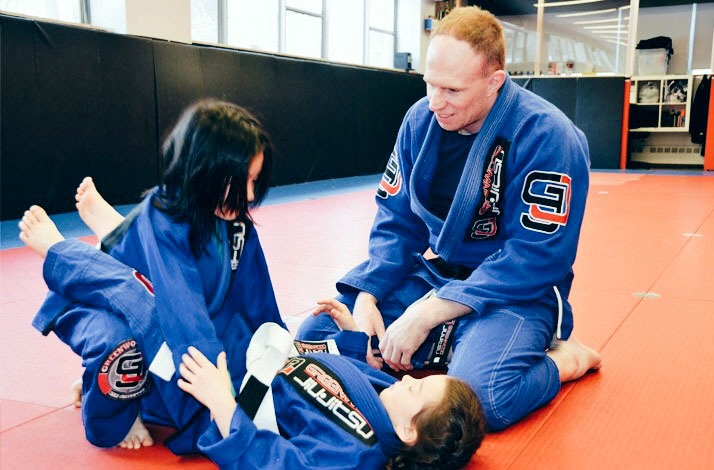 Remember that as a kinesthetic learning type, you can use higher belts for learning BJJ as well. Try to pair up with one every class, and let them go first. This will give you a much better understanding of the technique before you get to do it. Oh, and make sure you drill, both with and without a partner. A lot!

*Instructors’ tip: For kinesthetic learners, drills are key. You’ll easily notice that the more drills you assign, the better they get. use drills as an invaluable tool to help kinesthetic style learners progress better. Also, whenever possible, show the moves you’re teaching on them at least once. It goes a long way to help them process even very complicated information. 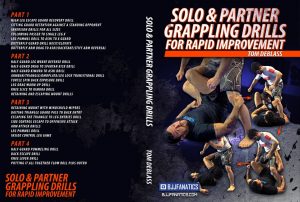 Tom DeBlass has the best resource on the subject of drills. Use his “Solo And Partner Grappling Drills For Rapid Improvement” DVD instructional to make sure you get every move down with no difficulty! There are four volumes covering every possible aspect of BJJ drills that you can think of!

Whatever your learning style is according to the VAK modality, you’ll find success in Jiu-Jitsu. Also, note that as much as you rely on one of them, the other two are also essential to your progress. Spend some time discovering your style so that you know how to approach learning BJJ in a way that is best suited to you!

How To Learn Valuable Lessons From Every Roll In BJJ

The Drawbacks Of Being A Submission Specialist In BJJ