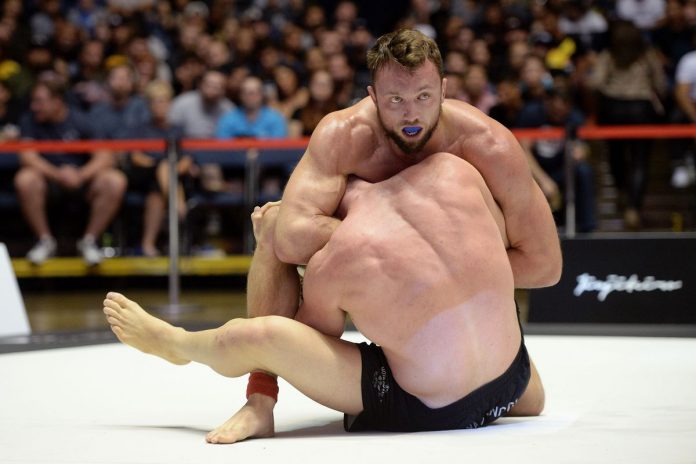 Passing guards is exhausting, very difficult and loads of fun to do! Yes, even when it doesn’t work it is an extremely fun thing to do. However, all the fun and unintentional conditioning aside, at one point, you will have to get past the legs of an opponent in order for BJJ to have sense. Well, for you at least, because you can always get stuck deeper into the guard and end up swept or submitted. When it comes to passing everyone has their own little details that make their game click. however, all BJJ guard passes share certain principles that make them highly effective. masking actual passes with submissions is one great example of this.

I like guard passing. However, I can’t say I always had such an enthusiastic approach to this exact BJJ puzzle. On the contrary, at the beginning (that means the “first” 3-4 years) all I did was play guard. Passing any guard, and the closed one, in particular, was my kryptonite. It did take a lot of competition preparation and specific training to get me in guard passing mode. Once you get a taste of it, though, you’re certain to fall in love with it. It is just one of those BJJ things that people love particularly because they’re hard to do. During my time mining out different BJJ, guard passes that’ll work against anyone I came across a principle. It is the submission passing principle, and it was the answer to my quest. It may just turn out to be the answer to yours as well.

You Can’t Pass The Guard

This is my personal take on the guard, and I’ve said it over the course of the last few years over and over again. There’s no way to pass any Brazilian Jiu-Jitsu guard. OBviously, ti is not impossible to get to side control or any position past the guard, but I am not a big fan of the vocabulary we are using. Passing the legs is perfectly okay. Passing the guard, though, is not possible for the simple reason that the guard is designed to favor the bottom player. So, focus on deconstructing the guard and passing the legs, and BJJ guard passes will start to make much more sense.

In terms of BJJ guard passes, some general principles that apply to all of them are directions of passing, and types of passes you might use. None of these are technical nuances but rather, general concepts that are universally true for almost all BJJ guard passes. The directions in which you can head, in regard to the legs of your opponent, are under them, around them, through them or over them. All of these directions wor ka ta given time, against a given guard variation. Of course, you have to kill the guard before you pass the legs, just like discussed earlier.

Now that you have the all-powerful passing formula (pass the legs, not the guard) and you know the directions, of passing, let’s talk types of BJ Jguard passes. This is where I find Gordon Ryan’s system of three-guard passing categories to work the best. Those three categories are looses passes, tight passes and submission pass. The first two categories are not something we’ll explore today, but the third one is precisely where I want to point your attention to.

What exactly is submission passing? Masking any and all BJJ guard passe with the threat of submission is what we call submission passing. Whether the guard will work, or the submission will, one thing is for certain – you’re going to advance. It is the principle of a dilemma, and your opponent has two possible choices, both of which suit your needs perfectly. That said, not all submissions work as viable threats that will open guard passes. Moreover, you nee to employ different ones in Gi and in No-Gi in order to really be effective with your guard passes.

In No-Gi, one of the best things you can do to improve the rate of virtually and pass is attacked a Guillotine choke. IN the Gi, however, this may prove to be more difficult, due to the cloth that is in the way. This is where you need to improvise a bit. The Gi version of the Guillotine choke is the loop choke, and it may even be a better version altogether. The lapel grip is there anyways, especially when you are passing open BJJ guards. Why not use it to make your passes better and maybe get a choke in the process? Every time the opponent moves their head forward, like in a  butterfly, shin to shin or X 0Guard, simply open your elbow and go for a loop choke. You’ll get a lot more BJ Jgaurd passes and quite a few taps in the process.

Another Gi submission that works perfectly well for passing the guard is the straight armbar. It may sound like it is far away, but whenever you have a grip on someone’s sleeve, and you’re the person on top, armbars are actually readily available, Well, that or guard passes. A great example is the spider guard when you have a grip on the sleeve anyways. It is not had to step away from the power of the spider guard and threat with an armbar entry off of the initial sleeve grip. Suddenly the guard vanishes as opponent’s scramble to get their arms to safety and you get an easy pass. or an impressive armbar, depending on the circumstances.

Without the Gi, BJJ guard passes can often be easier to execute if you like to pass dynamically. Without all the handles the Gi provides, it is easy for the bottom person to play a defensive guard game, and recover guard using pace. That means you need to create handles to hold on to, and submissions offer you just that.

Once again, the Guillotine choke makes an appearance here. remember that it is not just the guillotine, but all of its variations along with other Front Headlock chokes that work perfectly here. From passing the half guard, all the way to roll over Guillotine grip passes, you have a plethora of BJJ passes at your disposal just off of the simple chin strap grip.

A real classic when it comes to making things with submissions is, of course, the Kimura. The Kimura Trap is a great way of getting the back while keeping our opponent under a constant threat of a submission. Well, you take that same principle and transfer it to guard passing. Slap on the Kimura grip from virtually anywhere, and you’re all but set. Whether you roll or put your opponent under pressure, you’re either going to pass without much effort or get in the perfect position to submit.

Last but not least, there are leg locks. They do present a challenge, as dedicated to them mean you’re getting further aways from BJJ guard passes. However, you can use the threat of leg locks, like for example a toe hold from top half guard, to easily get pst the legs and into side control. or, you may decide to use the pass in order to set u pa the perfect Ashi Garami and f#*k it and go for a leg lock. The choice is yours.

Submissions are the ultimate way to win any grappling match, or fight, for that a matter. However, looking at them simply as finishing moves is an approach that takes away a lot from the fun of grappling. instead, think of submissions as positions of control. You can hold someone there, use them to sweep or use them to set up BJJ guard passe that might not work as easily directly. The possibilities are endless.