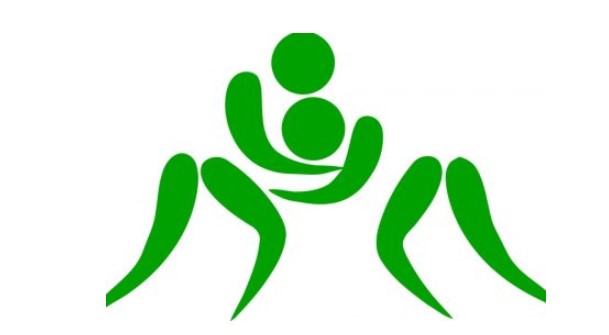 This is an anonymous letter from a transgender person who trains BJJ. She’s talking about her life struggle, grappling training, and problems around competing in martial art she loves.

I grew up in North Carolina and moved to Oklahoma when I was 13. I started my wrestling career early on when I was 7. I then went to wrestle for my mid-school and my high school. It was when I was 16, in my sophomore year, I learned an adjective that would affect the rest of my life then after: transgender. I was assigned male at my birth, but I am not who my body may have to lead you to think I am; I am a woman, I use female pronouns she, her, and hers.

Transitioning can take a long time, but not everyone wants the same thing from it. I started my medical transition earlier in life than most people do, at 19 years old. As a transwoman, the medicine given to me is estradiol and spironolactone. Taking estradiol and spiro is where a lot of physical changes come from. In the 9 months since taking them the most notable effects for me have been my drop in weight, loss of muscle mass, loss of some bone density, wider hips, breast growth, and softer skin; I had already feminine features, to begin with, though the “results” are a little different from person to person depending on a multitude of factors, including age.

Early on I knew there was something about me that was different from my peers, but I wasn’t yet sure why. I knew how I was inclined to behave in certain mannerisms, but everywhere I went I was told that I am “strange”, “weird”, and even an “F*g” for doing so. I always felt shut out and put off to the side for only being myself. When I was 7 my home life got awful, my stepfather made us fear for everything, so I built up a shell and hid. I even went to wrestling practice the first time that year. There I found something I didn’t think I’d ever find. I found a sport that traditionally people would call masculine, so it was a great way for me to “conform” to a standard I was always told I needed to live up to, but I also found I love wrestling.

I would love to go to practice and compete whenever I could, and people never thought twice about who I was. I wrestled all the way up to being in high school, but when I moved to Oklahoma the social attitude about wrestling changed. It wasn’t just a masculine thing here, it was something the men did. That is when I felt the sudden dynamic about this sport I loved so much change, it seemed to me it was not going to be something I can enjoy dedicating myself to.

I have always been a feminine person, so going on the mats the first time I could feel the stares coming my way. Whenever we would go live I felt I could no longer be the me I once was. I couldn’t be too offensive or I might be seen as the “f*g” kid trying to force myself on someone and I couldn’t be too passive either as to be seen as willing submissive. Somehow me being me, was now more wrong here. I mainly watched and shadow practiced with myself to get better, and I had to now focus a lot on my defense and not let anyone throw me around. After my freshman year, I decided that wrestling may not be for me after all.

Growing up wasn’t only wrestling. It was my family and the people around me saying these things I enjoyed are not things a “boy” should. I couldn’t play dress-up, learn how to apply to make up, design the fancy clothes I wanted to have, nor confide in anyone what I was feeling. I grew up with a diagnosis like major depression and anxiety without yet knowing why. Once I did come out at 17, my life went for a spin.

I could no longer stay with my parents and I had to move in with my uncle in Oklahoma City. There I was told I had to hide the fact I was trans, or I could not live there. What got me by day today wasn’t anything at home or school, it was the BJJ academy where I could learn and compete without questions. I just was who I was. But even there I felt the ever-present need to hide.

Being trans, you never know what your neighbor thinks. You don’t know what someone may want to do to you based on factors out of your control. The longer I hid, the more depressed I was. It wasn’t till I said no more that things got better. I was kicked out on my own, but on my own is where I learned to survive. I moved away from Oklahoma to get a new start, begin a new life as me, and start my transition.

Bjj is what helped me get through it all after I was on my own. I remember how I felt back home in martial arts, and I got the impression no matter where I went to train it was only going to be an unsupportive community. I found I couldn’t compete now that I am out and especially after I started HRT (hormone replacement therapy). The stigma behind trans athletes was everywhere following behind people like Fallon Fox, Chris Mosier, and Mack Beggs (another trans wrestler). One of my favorite things about wrestling was competition, but I found that it may no longer be something I can do.

I didn’t want to compete in the male division, I’m not a male, but I also couldn’t compete in the female division either. I felt like the kid off on the side again having to watch. And watch I’d see people compete at a weight category called “x” weight. People of various different sizes and weight classes would elect to compete against each other, the elegance that is BJJ was beautifully put on display with David vs Goliath type matches. I thought to myself if “x” weight can be a category of competition what possibility could there be of “x” gender competitions where any people of various different sizes and abilities could elect to compete against each other. Sadly I found no such competition in grappling where a similar format is proposed or used. It’s going to be some time till my hormone levels will be in a consistent range that I would be allowed to compete in the female division, so “x” gender competitions is something I look forward to seeing someday as an option for not only people like me to compete in without stigma, but anyone can test themselves against anyone willing.

Fallon Fox, Transgender Athlete Who Breaks Skull of Her Opponent

An Interview with a GAY Guy BJJ Practitioner!