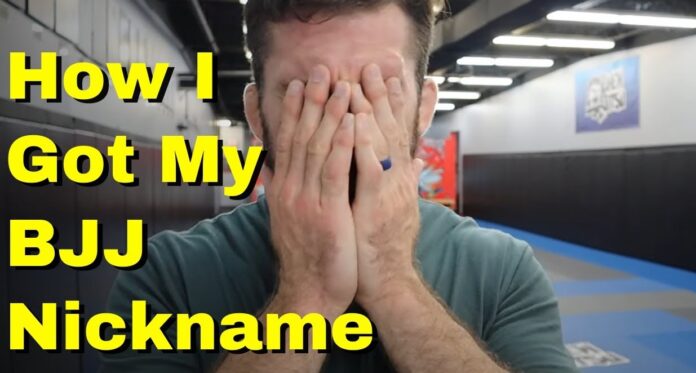 “Chewy” is the nickname of BJJ black belt Nick Albin, who is behind the mega-popular Jiu-Jitsu YouTube channel “Chewjitsu”. If you have ever wondered why people started calling Nick ‘Chewy” in the first place, the man himself now delivers the answer.

Ask BJJ people about Nick Albin, and I doubt many will have an idea of who it is you are talking about. Ask them, however, about “Chewy” and it is a whole different story, as grapplers will immediately recognize that man behind some of the very best Jiu-Jitsu YouTube content. A question most of asked have asked, although apparently to ourselves rather than Nick is “where does that nickname come from?”

The nickname originates from Nick’s white belt days, when, in his own words, he says he was “the craziest, spazziest white belt” he has ever seen.

He attributes that behavior to being young and insecure and was already good in wrestling and grappling. Going from a nerdy, overweight kid to someone who is good at wrestling made Nick feel good about himself, and became an ego-crutch for him.

So, every time “Chewy” failed at anything in BJJ, he felt as if that crutch was knocked out from under him. That turned every roll Chewy did into a life or death match, with only one goal: not to lose at any cost.

Chewy also was looking to lean out and turned to a supplement called “Ripped Fuel” which was an ECA stack (Ephedrine, Caffeine, and Aspirin). So, he was an insecure, spazzy white belt rolling to the death, hopped up on stimulants, or as he calls it, “The Tasmanian Devil of white belts”. That is far from the CHewy we know today.

Mike, black belt, coach, getting ready for MMA, rough around the edges, the abusive older brother he never really wanted

Kimura sweep (Hughes vs. Newton in UFC). Elbowed Miek ni the mouth as he was trying it, while he was cutting weight. The combination of cutting, getting elbowed in the face, and already having a short fuse had Mike explode, calling Chewy names, one of which was “you Wookie”.

As things happen in BJJ, from getting called a Wookie with derogatory intent, in the beginning, the nickname went to the much more endearing “Chewy” which now basically defines Nick and his brand.

By the way, Nick’s wrestling nickname was “Thugboat” on account of his wheezing extremely badly after his second-ever wrestling match.