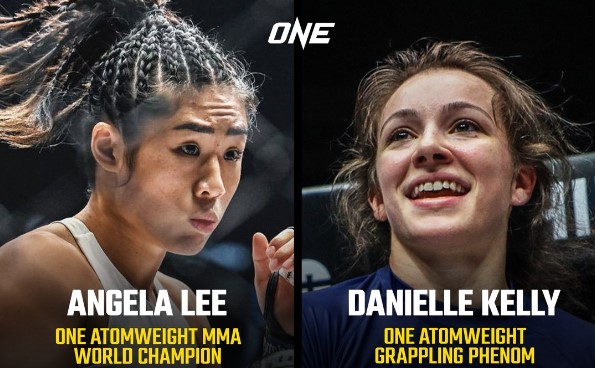 Danielle Kelly is enjoying the spotlight after easily submitting Sambo World Champion Mariia Molchanova in her second match in the ONE circle. Kelly was quick to fire shots back at ONE atomweight champion Angela Lee, and their rivalry is starting to heat up, much to the pleasure of the BJJ world.

So, it comes as natural that the two best atomweights, both excellent grapplers, would meet n a submission grappling match given that Kelly is not yet interested in fighting in MMA.

The rivalry between Angela Lee and Danielle Kelly started earlier in 2022, when Kelly said during ONE conference, after being asked about a potential matchup with Lee:

“I’m a jiu-jitsu person so I’ve been focusing on legit grapplers. But if they want to give me that match, I’ll take it in a heartbeat.”

“She’s trying to stir up drama saying that… Step into the circle with me, put on your MMA gloves, and let’s go.”

Danielle, though, is not one to be railed easily into a trap and has her sights firmly focused on grappling, with a transition to MMA remaining a possibility in the future. Her response to Angela Lee was that the only impossible match-up, for now, would be a grappling one:

“For grappling right now, I’m open to any opponent that wants to compete against me for grappling or calling me out. I’m focusing on jiu-jitsu, I want to win the title for ONE, and I’ll go from there, and decide if I want to start MMA.”

Right after her win over Molchanova, Kelly did tease Angela Lee by calling her out again:

“Angela called me out, says she can submit me, so come prove it, I’m ready.”

ONE seems to be loving the idea, continuing to tease for a potential supefight and asking fans what they think. For now, people seem to favor Danielle Kelly as the superior grappler to Angeal Lee. 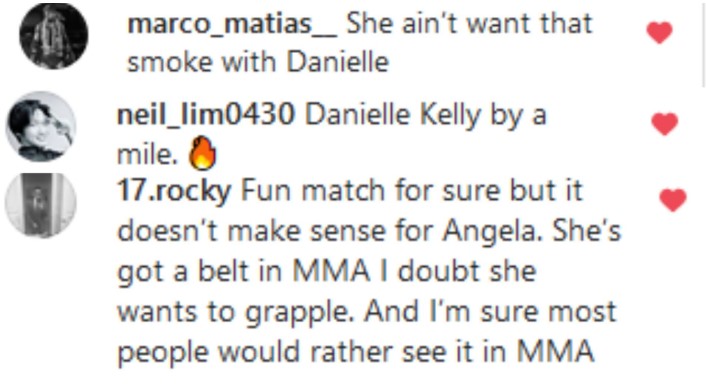