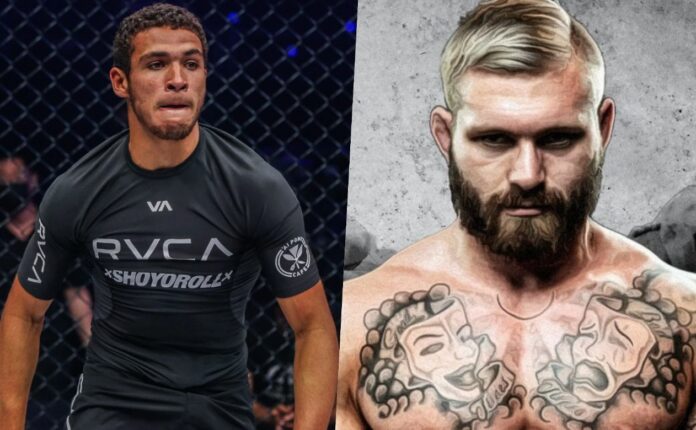 Just as it looked like Gordon Ryan is running out of rivals, the Ruotolo brothers started stirring the pot, eventually managing to infuriate Gordon enough so that he put them in his crosshairs. Apart from Ryan vs. Ruotolo, other types of drama, from the DDS break-up to accusations of fixing matches have been circling Gordon, who responded to some of them in his usual style.

Are we going to see Ryan vs. Ruotolo, or perhaps even Grodon vs. both the brothers any time soon? According to 10th Planet Jiu-Jitsu black belt Matt Skaff, we’re not likely to see this any time soon, mostly because of the fact that the Ruotolos, and Tye in particular, who has been picking a fight with Gordon, are nowhere near Gordon’s level. At the moment.

Ryan vs. Ruotolo is not interesting for Gordon, and most of the grappling community as well. Unless he has to fight both brothers at the same time, or even one after the other as he suggested, the outcome of that one is pretty much clear to anyone with half a brain.

Ryan’s recent video response to Tye’s callouts was: “Can you imagine opening your mouth and saying: ‘I don’t have the confidence to put up 10 to 1 odds to fight you,’ and a month ago, you lost to Josh Hinger.”

Skiff goes on to say what everyone else is thinking: “It is the wrong time to call him out. Obviously, there is a lot of bad beef between the Atos camp and Gordon Ryan and I think the Ruotolos, in the future, could be one of the people that humble and knock Gordon down a peg, but in my mind, that [Ryan vs. Ruotolo] is a couple of years away, possibly the next ADCC… two, three, four years away.”

Ruotolos Need To Put On Size

Skif goes on to comment that before a potential Ryan vs. Ruotolo match happens in which Tye or Kade have any chance of dethroning Gordon, they’ll need to put some mass on, which he doesn’t see happening in a natural way.

“Especially if we’re talking about putting on size naturally… hmm, I mean, it is going to take them quite a few years to fill out and get to 215-220 lbs.”

A fake match under ADCC rules warrants a lifetime ban, and Kyle Boehm accused Gordon and Gary of having a fake match at ADCC 2019, which, according to most people, is not the case, given the size difference and the familiarity of each other’s game.

Another accusation of DDS members fixing a match was the one between Tonon and Cummings in EBI, which prompted so much speculation that Eddie Bravo made a rule that only 1 representative per team can compete in an EBI event.

There were even accusations going the other way when Atos’ Josh HInger defeated teammate Tye Ruotolo in the opening match of ADCC 2022.

Skiff’s take is that these matches were most likely not fake.