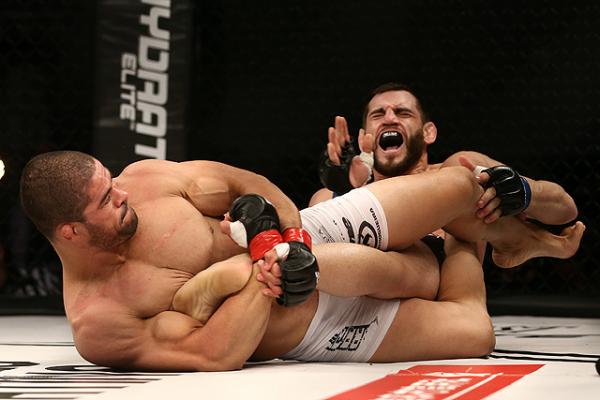 The boogeyman submission of Brazilian Jiu-Jitsu is the heel hook. Nо other submission hold has been demonized as much as the heel hook. While it does carry the potential for a catastrophic injury, so do all the other submissions we perform in BJJ. the heel hook, along with the associated knee reaping positions got its bad reputation mostly due to the potential for leavening someone with knee issues for life. But what does a heel hook injury do to the knee joint exactly? Let’ take a look at what happens during both an inside and outside heel hook, before we get back to practicing them anyway. Because that’s what we do in BJJ.

How many people have you hurt with a heel hook? Exactly. The injury rate is hugely exaggerated particularly when it comes to training. Even in competitions, it takes Vinny Magalhaes type of stubbornness to get your knee destroyed via a heel hook. That said, a heel hook can most certainly pulverize any knee joint when applied correctly. After all, that is its purpose. For those that take heel a heel hook injury to be something, you can walk off, pay attention. The submission can really completely wreck someone’s knee and put an end to their BJJ journey.

The Mechanics Of A Heel Hook

A BJJ heel hook submission has the potential to be very devastating because it utilizes the principle of levers and opposing forces. Granted, most people outside of Danaher’s carefully chosen few usually fail in on or more aspects of control or braking mechanics, thus making heel hook consequences feel less significant than they actually are. A heel hook injury, though, is no joke.

The mechanics of the heel hook work via transferring the force you apply on the heel up to the knee joint. To begin with, if you don’t have control over the hip, you can’t execute a heel hook successfully. So the first and most important thing is having the hip of the leg you’re attacking placed firmly on the ground. That’s the role of all those Ashi Garami and Sambo knee raping positions we use. 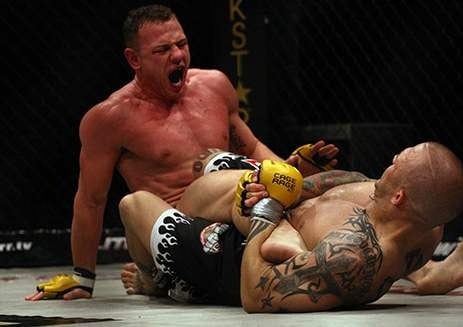 In order to cause a break in the knee joint, you need to create tension. That’s where the grip comes in. gripping the heel with any of the three major heel hook grips will do the trick. However, all the power comes from opposing forces. Namely, you place the toes under your armpit and the heel in your grip. This for starters applies an opposing force to the ankle joint. Next, you use your legs/hips to pressure the knee, depending on the Ashi Garami. By having the hip firmly on the ground and twisting the heel you cause an opposing force that targets the knee joint.

In all of these the grips you have on the heel act as a wrench, transferring and multiplying the force to the knee joint. As a result, a heel hook injury results in either some damage to the ligaments in the knee or severe damage to most ligaments and the menisci. It suffices to say, that it can be so catastrophic that you could cripple someone for life. Surgery is needed in most cases.

What A Heel Hook Does to The Knee

Let’s take an in-depth look at what a heel hook injury does to the structures inside your knee. The knee joint has four major ligaments, two on each side (the lateral ligaments), and two on the inside (the cruciate ligaments).  There are several more, but none are of interest in regard to heel hooks. The menisci are the cartilage “pillows” that are inside the joint, cushioning the contact point of the thigh and shin bones. On top of it all, there are multiple tendons, which are just the endpoints of muscles that attach to a specific ovation on the bones.

Speaking of heel hooks, there are two usual varieties – inside and outside. The outside heel hook is the “gentler “ one. That is down to the fact that the ankle plays a role in this submission, and the ligaments inside it can actually give way before those in the knee. Moreover, if the knee ligaments do pop, it is usually limited to the lateral collateral ligament (the one on the outer side of the knee).

An inside heel hook injury, on the other hand, is much more devastating. There is far less motion of the ankle in this direction, meaning a lot more of the force transfers to the knee. The subsequent force causes tears in the cruciate ligaments (ACL and PCL) as well as the medial collateral ligament (inner side of the knee).

Moreover, the menisci, especially the medial one can suffer additional damage, depending on the intensity of force. In other words, without me getting to medical, it will shatter the inside of your knee. To make things worse, given the stability of the ankle joint in this direction of twisting, and the strong ligament that prevents it from turning, you could end up with an avulsion fracture (the ligament pulling so hard it breaks a bone in your ankle joint) to go with the complete tearing of your knee’s support and stabilizing structures.

What happens when you get a heel hook injury? Simply put, your knee will buckle. Obviously, it’ll buckle a lot more form a tight and perfectly executed inside heel hook, than an outside one. The knee will start to swell up almost immediately, and it will become not just painful to touch, but painful all over. This is particularly the case when the meniscus is also involved. 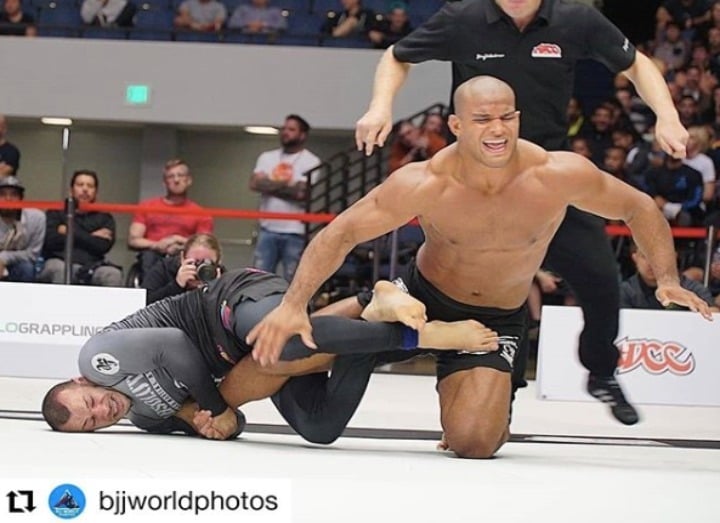 Actually, the reason most people tap too late to a heel hook is that the ligaments involved have very few sensory receptors. That means you won’t feel the pain during the application of the submissions but rather when it is too late. So the first thing to do in order to avoid a heel hook injury – tap early. Even better, for those doing the heel hooks, the moment you feel the tension release the pressure.

A heel hook injury will take time to heal. With the case of a torn lateral ligament (outside heel hook), you might just be able to train again without surgery. It will take physical therapy, though, and wearing some sort of supportive knee brace. In the case of an inside heel hook, cruciate ligaments require surgery and there’s no way around it. The more ligaments you damage, the worse off you’ll be. In fact, if you tear both cruciates and the medial collateral you won’t be able to stand or walk, let alone grapple.

There’s a hefty period of recovering and physical therapy following surgery, so if you get a heel hook injury from an inside heel hook, expect to spend at least 6 months off the mats, in the best-case scenario. The best way to get back I s to heeds doctors’ advice and take it slow. If you force it, any remaining ligaments and tendons in your knee will be forced to overcompensate, tearing as well and requiring further surgery, and perhaps even a full stop to any athletic activities in the future.

As a huge proponent of leg locks, I certainly do not encourage you to stop heel hooking people. However, as a doctor, I recommend extreme caution when applying or trying to defend a heel hook. Getting a heel hook injury is no walk in the park, pun intended. Whenever you hunt for heel hooks, catch and release. Whenever you’re being caught in one, at least try not to spin as your life depends on it. Actually, why not use the 100 % heel hook defense – tap?