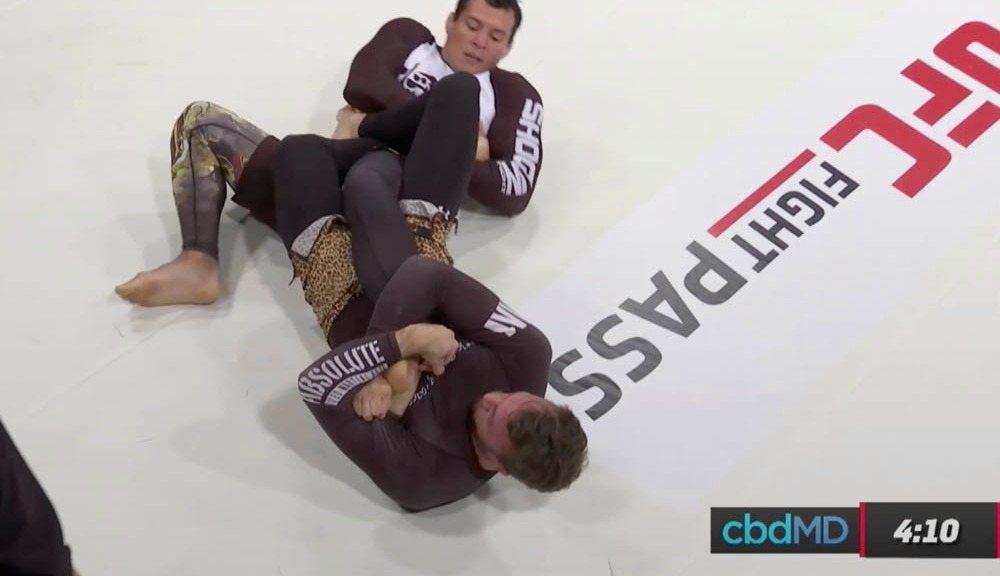 Leg locks don’t work! I guess the build-up to the Submission Underground 13 was the last time that this phrase really managed to hold at least a bit of truth to it. Or so it seemed. Craig Jones is the man to finally put to bed the myth that Nobody can submit Vinny Magalhaes with a leg lock. This time though, nothing was left to doubt, even though Vinny “toughed” it out and didn’t tap to the submission immediately. The aftermath saw Vinny with a very damaged leg as a result of not one, but two Craig Jones Heel Hook attacks that have wreaked havoc on Vinny’s knee.

I guess nobody likes to see an injury in a BJJ match, even if it is the only way to prove a point. And, this will only further reiterate the importance of being really careful and never stubborn when training heel hooks. After all, the damage to Vinny’s knee was not apparent during the match, as much as a kneebar or Kimura damage is. However, it is way more significant as there are crucial structures within Vinyn’s leg that have been destroyed by what is to become “that” famous Craig Jones heel hook. Or should I say hell hook?

The Craig Jones Heel Hook Felt Around The World

I guess Submission Underground 13 was the unlikeliest of places at the unluckiest of times for such a pivotal moment in leg locking history. Oh, and as you can see, I am very biased towards leg locks and I consider this a big victory for use “dirty leg locking cheate4rs” over the rest of the “pure” Jiu-JIteros. Joking aside, a sub-only tournament held in the midst of the world-wide Covid-19 lockdown, provided us with enough entertainment and talking points to probably last us until the end o quarantine.

So, what exactly happened in this crazy match that ended up with so much damage to Vinny’s leg? How come he seemed to defend everything and then tap verbally? Let’s go over it step by step and see the key points that made this Craig Jones heel hook finally work on the “un-leg-lockable” Vinny Magalhaes.

As the match started, Craig Jones immediately went to half guard. Not something unusual for him, as he really thrives in the Z guard, his go-to position well before he fell in love with leg locks. Inverting is not something we see from Jones in terms of leg locks, but he did go upside-down almost immediately. He went into a kind of tornado guard, only to completely Granby over and get a very slick transition into an Ashi Garami. Clearly, something that was worked on a lot.

Speaking of the Ashi Garami, only after 35 seconds in the match, Craig already had Vinny 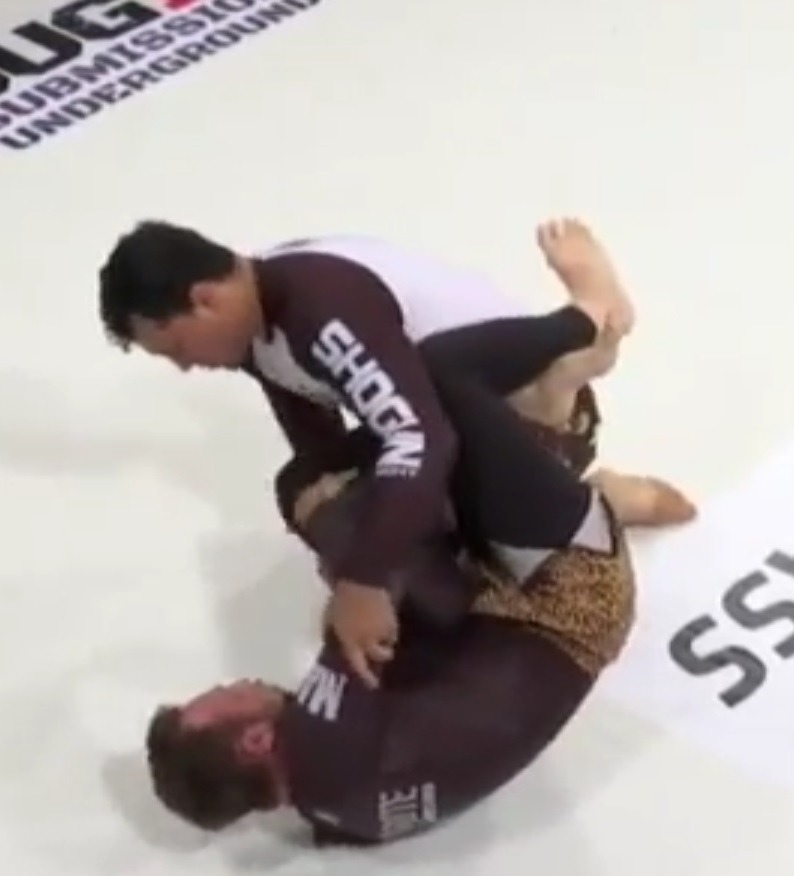 Magalhaes in a 50/50 position, with Vinny’s leg cross Craig’s body. Exactly where he wanted it. Let’s not forget, Craig’s coach Lachlan Giles submitted three heavyweights for the position at the 2019 ADCC.

At this point, Craig took it easy, still grip fighting and looking for a deeper bite rather than rushing the heel hook. He uses the fact that Vinyl tris to put weight on the leg to rotate into a better Ashi Grami bite and then exposes the heel (around the 46 seconds mark). At this point, he even goes belly down which actually prevents Vinyl from rotating out, as he probably thought he could. It is also when Craig re-adjusts to a far hip Ashi Garami version, which really helps him pin Vinny’s hip to the mats. 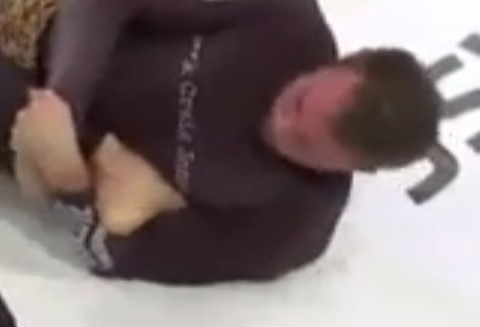 At this point, the first Craig Jones heel hook is already set up. As Craig turns towards the ceiling, he already has a very deep butterfly grip on the heel. The fact that he starts off with the second grip in the heel hook hierarchy shows how much respect he has for Vinny’s ability to resist leg locks. It also shows how serious he is, with Vinny’s heel already twisted in a very uncomfortable looking situation. 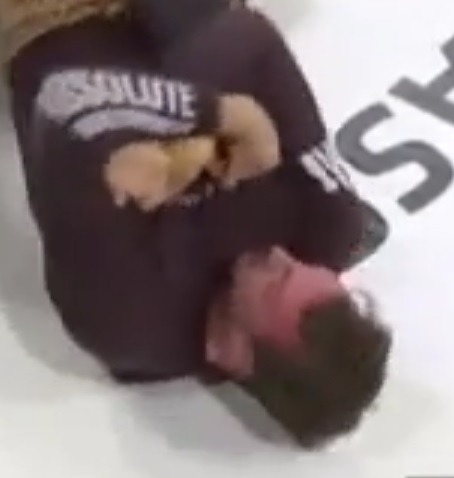 However, that’s far from the worse of it. Vinny Magalhaes still doesn’t submit, so Craig switches to the tightest possible heel hook grip – the reverse butterfly grip. At the same time, he rotates his body to the other side, clearly getting Vinny’s heel not just in line with his knee, but past it. Ouch!

Hats off to Vinny, who, despite having a broken leg at this point, got out of the position and even ack to his feet.

Right after the disengaged, a minute and a half in the match, Craig immediately pulled half guard yet again. at this point, they had the first of three talking exchanges which had commentators and spectators alike, baffled.

Once again working from the Z guard,  Craig went into what looked like a sweet attempt, before setting up yet another inverted Ashi Garami entry. However, that took place after the second round of discussions between the two. They even seem to be laughing about something. That did not prevent Craig from setting up one of his signature Z guard entries into the inside Senkaku though.

In fact, he did not just get Insider Snekaku, but got the tightest possible variation, with him on top of Vinny Magalhaes’ leg. It is the same position Gordon Ryan used to easily tap Roberto ‘Cyborg’ Abreu a few years back. 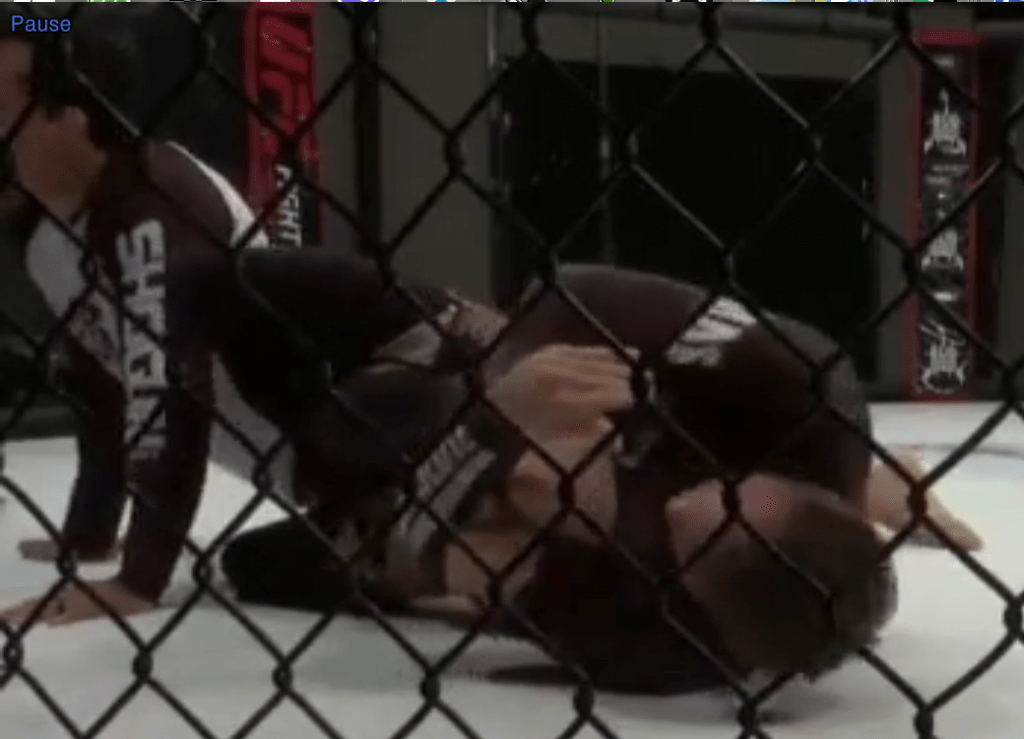 Which brings us to the second time Craig got one of the tightest ever heel hooks on Vinny’s leg. Conversely, it was the same leg that he heel hooked only a couple of minutes earlier. This time though, you can see Craig setting up the reverse butterfly grip oft the get-go (at 02:43 of the match). At this point, Craig extended his hips, then rotated his body, before finally rotating with a bridge and clearly snapping Vinny’s leg.  Twice!

Not even knowing what’s going on, Craig actually let go at this point, starting the third conversation with Vinny. A very gentleman thing to do, given that he already completely destroyed Vinny’s knee with the now infamous Craig Jones heel hook.

Just after Craig lets go, they go into the third conversation during which they both stop grappling completely. Once again, Vinny Magalhaes seems impervious to leg locks, and you can see Craig fighting from the bottom, loosely looking for back attacks, guillotines and even an armbar transition. Vinny seems to be very static though and is far from his usual pace.

In fact, with about 45 seconds of the match left, and Craig in Z guard again, Vinny looks at the referee, and verbally taps, acknowledging that he can’t go on. About time, as his leg was probably more than useless at this point.

The reason why this Craig Jones heel hook is so big is that Vinny Magalhaes has never surrendered to a leg lock before. He managed to really take his famous “leg locks don’t work” for a long ride. He even managed to resist both Garry Tonon and Gordon Ryan, a couple of the most renowned leg lockers in the world. For a brief moment there, it seemed as if there was something to Vinny’s approach.

What he didn’t take into account, as well as everyone else, is that Craig Jones now also trains very regularly at Danaher’s gym. And, it seems, Danaher took it a bit personally that Vinny managed to resist two of his star students. In fact in a Facebook post after the fact, Danaher shared that he and Jones worked on Hip control a lot, identifying that as the main reason Vinny was able to resist leg locks for so long. 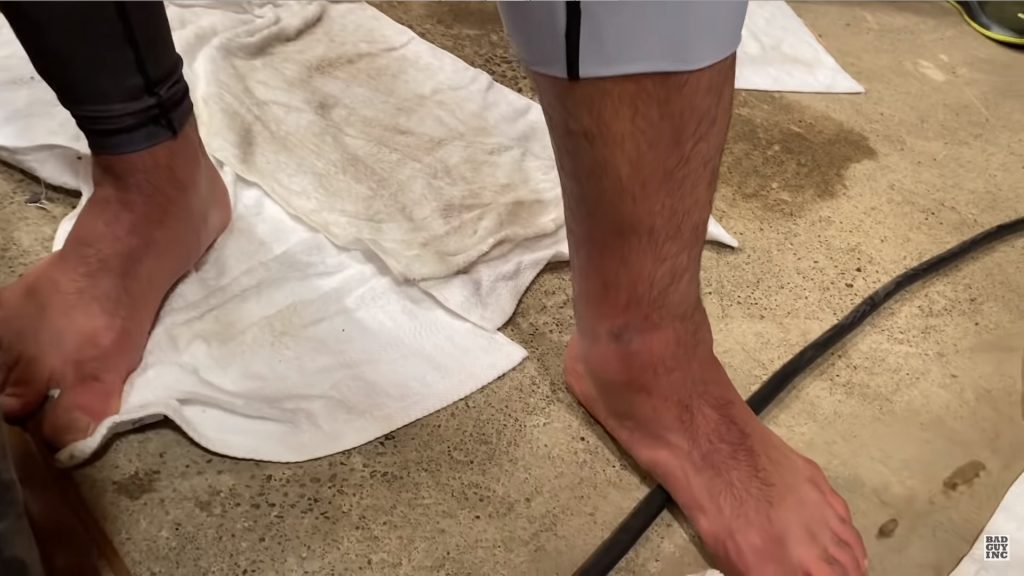 After the match, though, it has to be said that Vinny also had a very respectful reaction to the whole thing. In a reaction released a day after the match, Vinny calls Craig Jones the number one grappler in the world. He also discusses how his legs pop frequently in training, but this time he felt it was different. You can even see how swollen his leg is just moments after the match. Classy, you have to hand it to him, to finally admit that leg locks do work!

Submission underground 13 featured a total of 10 submission-only No-Gi matches. These are the complete results of the only grappling event in the world that didn’t tap out to the Covid-19 pandemic.

The Craig Jones heel hook felt around the world. There’s hardly a better description of what happened at SUG 13. As usual, huge respect for Vinny Magalhaes, who really did try to resist. However, as it seems the combined efforts of John Danaher and Craig Jones managed to put to rest one of the biggest debates of modern BJJ – whether leg locks work, or not.