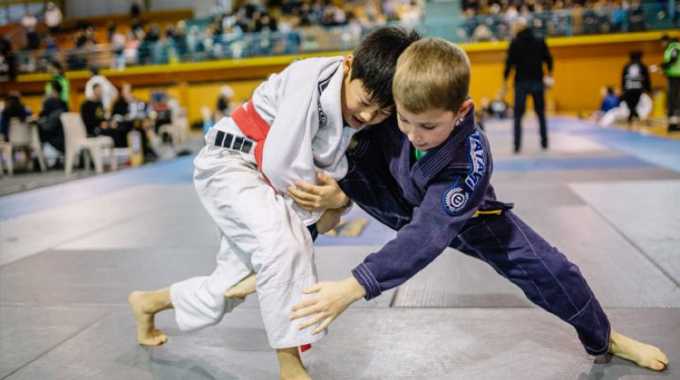 Is Brazilian Jiu-Jitsu for kids a good idea, or is it dangerous for them? Most of the people in the BJJ community agree that the sooner you start training the better. But is this a bad idea?

The reason why I ask this question is that there have been times where people took BJJ lessons when they were kids but they were pushed so hard by everyone that they ended up giving it up completely. Some came back to it as adults and others didn’t.

Also, many BJJ practitioners suffer from serious neck and lower back problems as they age. Which can lead us to believe that it’s not such a great idea for children in development.

Is Brazilian Jiu-Jitsu for kids a bad idea?

If you ask me, I don’t believe the answer to this question is that simple…

We all know that there are a ton of mental, emotional, and physical advantages in training Brazilian Jiu-Jitsu for kids. But at the same time the way Jiu-Jitsu is taught and the environment that child is put in plays a major role in his or her development inside the sport. Also placing the proper care in the methodology of training is crucial to ensure the safety and development of these children.

How they learn is very important. The Gracie family has been known the world over because of Helio and Carlos’s ability to teach their children in a fun way. Rickson Gracie often talked about how his father Helio taught them Jiu-Jitsu as a game. It was just fun and games, and the minute it stopped being fun, training would end.

In the famous documentary “Choke” that followed Rickson Gracie in his Vale Tudo fighting career, he is seen playing Jiu-Jitsu with his children in bed. This approach to teaching BJJ to kids is one of the best ways to ensure they will enjoy learning and not get injured.

Many gyms offer Brazilian Jiu-Jitsu for kids but most of them are not that different from the adult classes. The teacher comes in and teaches a technique, then the whole class drills that technique. Really great kids classes feature a fun way or a playful spin on training that kids will relate to. But then there is the question of competition…

Should kids compete in Brazilian Jiu-Jitsu?

Once again, I don’t think the answer comes down to a yes or a no. I believe the main thing we need to evaluate is if the child wants to compete. Many times we tend to tell children what’s best for them, yet they can tell for themselves.

Those who chose to compete will learn invaluable lessons about hard work, discipline, and humility. And those who don’t will also learn the value of competition from watching their teammates compete.

Brazilian Jiu-Jitsu for kids is a great idea. It will give them life skills that will serve them for the rest of their lives but we need to pay attention to how we teach our children. It does matter how you get there.

Because a forceful approach will make your kids hate Jiu-Jitsu or get them injured. And a too lenient approach will not get them motivated to continue. The secret lays in finding the balance between the two and helping your child learn in a fun and safe environment that challenges him or her.

What do you think?