At a recent press conference, leaders of the Japanese Rizin FF promotions found that Gabi Garcia in her fourth MMA fight would fight against  52-year-old Shinobu Kandori at Rizin’s event December 31st. But 31-year-old Brazil admits she was not thrilled when Sakakibar’s president told her to fight a much lighter and older veteran who had not fought since 2000.

But, Gabi Garcia accepted a fight and on todays weigh ins she weighted 12 kg over the weight limit. She came with 107 kg and she’s supposed to fight at 95 kg and she weights 20 kg more than her opponent Shinobu Kandori. 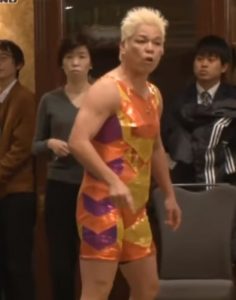 When Shinoby Kando saw the difference she just went crazy and started yelling “this is disgrace” and she refuses to fight Gabi Garcia after that.

According to the Rizin officials Gabi will maybe rematch Lei D Tapa instead. Gabi defeated Lei D Tapa on Rizin’s even on 31. December 2015 via TKO in the first round.

Joe Ferraro, the commentator wrote on his Twitter profile that Rizin FF head Nobuyuki Sakakibara came on stage and said “Competition-wise, we cannot make this happen.”
But, as far as we know,  till now there is no official statement that bout between Gabi Garcia and Shinobu Kandori is scrapped.

Rizin FF 8 event takes place on Friday, December 29 at Saitama Super Arena in Tokyo, Japan. The event will be streamed online and watchable via par per view. 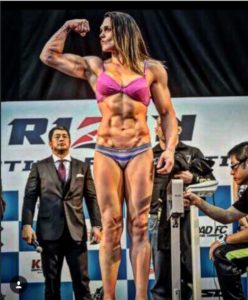 UPDATE: BackStage Fight Between Gabi And Shinobu on a LINK Below:

A Thug Was Harassing A Woman Until BJJ Fighter Stepped in