As with any sport, grappling martial arts have their fair share of moves that are considered to be “below the belt” Engaging in martial arts training and competitions imply a contract of respectful behavior. However, in reality, this is not always the case. There are certain individuals who do not shy away from questionable tactics during competition. While utilizing dirty BJJ moves in a match is far from acceptable, going for them during rolling is simply unacceptable.

“Dirty” grapples have no place in the world of Jiu-Jitsu. When we roll we’re all looking to learn, not compete. Yes, BJJ is competitive by nature, but then again, it is a martial art. What we do not condone is using cheap moves to ‘win” a roll or two against training partners. Do not be the person that others avoid because you can’t deal with the demands of BJJ sparring. If not, maybe it’s time to look for a new sport…

The Issue Of “Dirty” Grappling

A “dirty” grappler isn’t necessarily one who does not take care of personal hygiene or respect gym rules. Yes, this is a part of “the package” but not always. In terms of unacceptable personal hygiene, untrimmed nails definitely fit the category. Especially when the one sprouting them is aware of it and uses them to inflict pain or injury. Talk about dirty BJJ moves! Getting scratched accidentally is bad enough, but it gets a whole new meaning when it is intentional and repetitive.

In truth, the person that openly resorts to dirty BJJ moves is quickly going to become a pariah in their own gym. Unfortunately, every gym has one or had at a certain point. Fortunately, they do not persist for long. Once such a person is identified, they get a talking to which, usually, has one of three outcomes. First, the person accepts their mistake(s) and start to change their unsportsmanlike behavior. A second option is that they ignore their warning and get cured in the BJJ way – getting completely dominated without even a shot at pulling off some of their favorite dirty moves. The third is direct expulsion from the school, in the case of an ignored warning. However you see it, it won’t end well.

The issue with dirty grappling is that is can have consequences for other people in the gym. While nail scratches are usually no big deal, other cheap moves might seriously injure training partners. This means that people that regularly resort to dirty grappling should be quickly dealt with. So, let’s make sure we can recognize all the markings of a dirty grappler and get rid of them instantly!

What Are Dirty BJJ Moves?

Some academies have a printed list of academy rules on the wall. Generally,  most of them are related to school etiquette (bow before stepping on the mat) and/or basic hygiene (like no shoes in the mat area!). However, there are also lesser-known and unspoken rules of conduct the mat. Some of these are especially in regard to the “dirty” grappling moves, that are at least equally important.

OK, it’s clear that nobody wants to get choked, but then again, you are in Jiu-Jitsu class. You do not have to act like a person hanging from a branch and desperately clutch at anything in your sight. Grabbing fingers and twisting is not legal in any combat sport. It might be a move encouraged in some “practical street fighting systems”, but in legitimate competitive and/or training environments it falls under the dirty BJJ moves category…

If you grab and manipulate someone’s fingers and they get injured, they’ll need to get time off the mats in order to recover. Now you and the gym have lost a valuable team member for a while. On a more serious note, what if the person needs their fingers for work? You might cause someone more than a month of missed BJJ classes, so be mindful of the fingers during rolling. 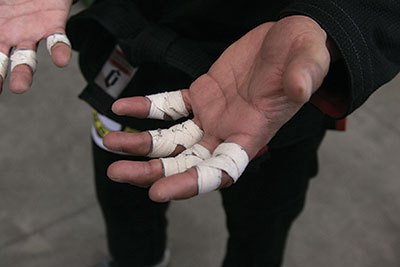 2. Unnecessary Grinding Of The Face

Cross-facing is a great move to counter a single leg or to let you dig deep enough to sink that choke you’re setting up. However, some guys will grind knuckles or bony wrist parts right across an opponents teeth and gums. As much as this may be considered “allowable” in competition, it is a huge NO in training.

When training you are not in a professional bout or life or death situation. Yes you’re under stress and uncomfortable, but look around – so is half the population of the gym. In training, try to treat your partner as you would like to be treated. The face is made up of some of the most sensitive structures in the human body. The gums, teeth, eyes, nose etc are all very easy to injure. And I’m not talking only about a busted lip or a bruise under the eye. No point in breaking someone’s jaw in training just to keep them in side-control.

This is one move that is right up there with the most annoying of them all. Imagine the following scenario (although it has probably happened to you already). You get home from Jiu-Jitsu and examine your upper arms and legs. The results are fingerprint-shaped bruises.

Every time some over-enthusiastic opponents grab a grip, they grab the underlying skin as well. We get that you may be excited, but can’t you feel that you are grabbing skin also? Moreover, whenever you add long nails to the mix, you get an even worse mark. now imagine that you’re rolling No-GI. You’d be better off rolling with a mountain lion than that over-zealous pinch happy training partner with the long nails. Don’t be that guy/girl!

Inevitably, when pairs are rolling, bodies will collide. This is mostly due to the popularity of BJJ and the size of academies. Some schools simply do not have the means to hold more classes or accommodate everyone comfortably. In truth, very few can.

In many schools, etiquette states that higher belts get the right of way and the lower belts reset. But some are so absorbed in the roll that they fail to grasp where they are at. Some people seem to lack the feeling of their foot kicking something solid and Gi-covered.  The Gi part should make it clear that it’s not the walls or the mats! That is another person! As absorbed as you might be in a roll, you surely feel it?!? Just have some basic awareness of your surroundings and do not flail around. Unintentional kicks do not count and can happen anywhere at any time. The intentional and repetitive ones, despite claims of ignorance, are not accepted and need to be punished if the re-occur often.

This one is a Brazilian Jiu-Jitsu classic. The  Gentle Art is, arguably, the only grappling martial art that has a version of light rolling that has a translation to competitive situations. The first thing to know is that you can’t expect new students to flow roll. There’s no going light with them and you can’t really hold it against them. So they’re out of this category. Well, until they gain experience, at least.

On the other hand, there are the experienced people that ask you to go light and then go berserk! They usually “fool around” until they see a submission or transition option and then jump on it like an orangutan on a banana tree! Not to self – if a “let’s flow” partner can’t make it to the end of a round without gassing, they’re not going light. Remember that next time they ask you because you might end up seriously injured if you’re loose against an explosive spazzing partner. 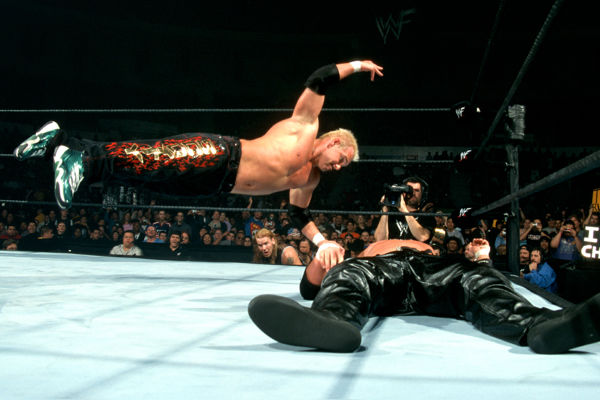 The “Not Quite Dirty” BJJ Mоves

Although some BJJ moves are just plain dirty, there are others that are just simply annoying. The might not be completely senseless and brutal but they are disrespectful. In an art proudly displaying respect as it’s main virtue, there should be no place for such actions.

Part of the BJJ culture is that more experienced students help newer students by explaining certain positions or BJJ moves. However, some guys with little experience try to coach or teach. Nonetheless, they do so during rolling. Rolling is the time to put what you’ve learned to the test, not to look coach or ask for advice. Leave the talk for after the round. A classic move is stopping the roll when in clear danger in order to explain how the move is “correctly” done and avoid getting caught. Just tap, keep your mouth shut and go on!

Ok, they’re not really dirty grappling moves per se but are frowned upon nonetheless. This is especially true when an IBJJF competitor asks you to roll along with their rules. If you’re not interested in helping them prepare than pass on rolling with them. If they’re of a higher rank, though, you’re obliged to accept. That said, heel-hooking them straight off the bat is a disrespectful move to pull off when you’ve been politely asked not to. On the other hand, they might be nursing an injury and must avoid specific BJJ moves. Ignore this and you have a great way to make enemies in class. Make sure you respect the other person’s wishes during a roll.

The Annoying Side Of Training Jiu-Jitsu