What’s the point of Brazilian Jiu-Jitsu? You’ll probably get as many different answers to this question, as there are people training in the Gentle Art. However, most of the responses you’ll hear will have something to do with either control, submission or both. The interesting part about it is that there’s no right or wrong answer – everyone has different goals when they roll. Still, for anything to be possible in BJJ, there has to be some amount of control. Now, control, in a grappling sense, is a tricky thing, and we’ll get into it more a bit later. Equating control to pinning someone is usually what most people consider to be controlling and opponent. In that sense, BJJ pins are a very important aspect of Jiu-Jitsu. They are, however, a far cry from wrestling pins, and this is exactly the distinction we’ll be focusing on today.

In almost any grappling martial art, a pin is considered getting someone’s shoulder blades to the floor and holding them there for an allocated period of time. When it comes to wrestling, Judo, Sambo to an extent, etc., this is the ultimate thing to look for, as it will immediately win you a match. In sports like Brazilian Jiu-Jitsu and MMA, though, pinning someone, as effective as it may be, won’t win you a fight. In fact, most often, it’ll barely get you points. And yet, we often talk about BJJ pins and how to hold people down. The important thing to know is that BJJ pins and wrestling pins have several crucial differences. While we tend to use the same term as in wrestling, pinning in BJJ doesn’t just mean holding an opponent down.

Contents hide
The Hardest Thing In Grappling
Wrestling Pins: Why We Still Need Them
What Makes BJJ Pins Different
Conclusion

The Hardest Thing In Grappling

It is not easy to control a person’s movements, particularly in a grappling sense, against their will. That is why BJJ is so much fun to train. If you take a careful look at the sport, though, you’ll notice that the goals people often quote as primary have one thing in common – they’re notoriously difficult to achieve. Those goals are control and submissions. We’ve explored the subject of BJJ submissions in-depth previously, so control is going to be in the crosshairs today. 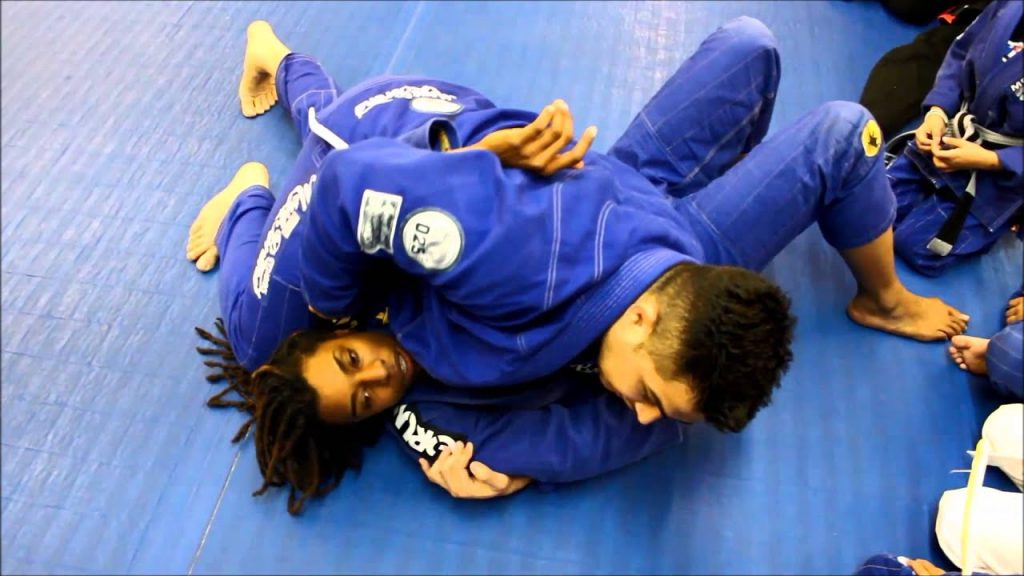 In the context of Brazilian Jiu-Jitsu, control has a slightly unusual meaning. It does not mean making someone do things or stay in one spot. On the contrary, control has a lot more to do with preventing people from doing things. It would be ideal if we can make someone give us their arm or neck for a submission finish, but things are seldom so easy in sparring or a match. However, we can’t just use wrestling pins and make people stay in place. The nature of BJJ is such that holding someone down does not help you win points. On the contrary, it may even earn you negative ones. Plus, there’s the unwritten rule that the more wrestling-like your pin is, the fewer options you have to transition into another move in BJJ.

As such, control in BJJ is very tricky. The goal is to restrict someone from moving, while still being able to move in a very particular fashion yourself. Moreover, you want to be guiding your opponent into moving towards a direction you want, all the while making it seem like it is their own choice. The ultimate feat of trickery. In that sense, it is best if you think about control in BJJ, and BJJ pins in general, as methods of restricting movement and directing it in a direction you choose. Often times, you might hear the term “dynamic control” in a Jiu-Jitsu class. That is exactly what this means – focusing on restricting specific movements so that only a few options remain. Moreover, during that time, you want to be able to move and set up finishing moves, rather than use your entire body to hold a person in place.

Wrestling Pins: Why We Still Need Them

With regard to all of the above, wrestling pins still do have a place in BJJ. They’re just not the optimal way to win a BJJ match. A good example would be passing the guard. Whenever you manage to pass a guard, in most cases, you’ll find yourself in side control. That’s three points in a BJJ match, but only if you manage to stay in side control for at least three seconds. Knowing how to use a wrestling pin to maintain your position is going to earn you points, make your opponent struggle to get out, and give you quite the amount of control over the action.

But what happens next? It will be obvious to all the seasoned competitors, but it is still worth mentioning that side control, as a position, does not earn you points. The guard pass is what earns three points, and side control is just the first immediately available top position after that. Staying in side control in BJJ, and pinning someone down from there for longer than a minute will get you a warning from a referee, and ultimately, even negative points. In fact, pass a guard in the first minute of the match, and before five minutes are up if you’re doing nothing but holding side control, you’ll get a DQ after several warnings and negative points.

That said while wresting pins are not really practical as BJJ pins, they are by all means necessary and important to know. In my academy, we drill them regularly, mostly as games in which you need to do a picture-perfect wrestling pin – get someone’s shoulder to the ground and hold them there for the count of 5. They do come in handy as such, and are a must, especially for people just starting Jiu-Jitsu. However, at a certain point, you’ll have to “evolve” toward BJJ pins, if you want to have an effective Jiu-Jitsu game.

BJJ pins are different mostly in the sense that they’re not pins per se. Grappling martial arts have led us to categorize pins as moves that help us press and hold someone down, preventing them from moving certain body parts. BJJ pins, on the other hand, focus on restricting people’s movements, but not taking them away completely. Let me elaborate. 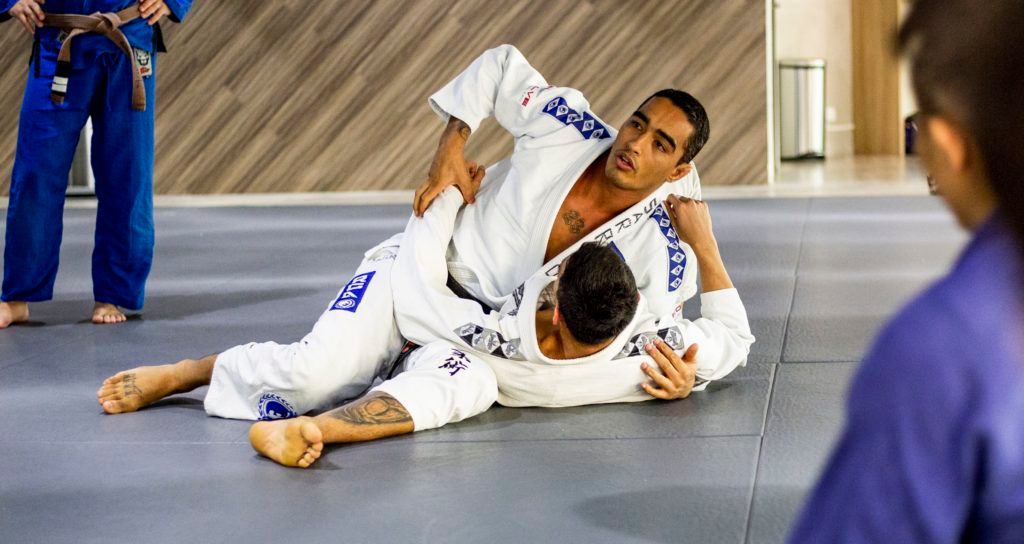 Let’s keep using side control as an example. In a Jiu-Jitsu match, the perfect combination would be passing the guard, getting to side control, earning the points, and moving on to a better position (mount or back) or a  submission. To that extent, right after the guard pass, going for a position like Twister side control is a much better option. While it won’t give you as much of a wrestling pin as going into a more traditional side control option. It will do exactly what a BJJ pin needs to do – restrict specific movement.

In Twister side control, that means blocking the head and shoulders from moving. This leaves the legs and hips mobile and does not pin both shoulder blades to the ground. It does, however, allow you to move into the mount, submit directly, or use the directions in which the opponent can move to actually improve your position.

The goal with BJJ pins is to prevent people from positioning themselves in a situation where they can escape. An escape, though, means both the current position and the one that would come next. In other words, you need to be thinking ahead and having different options ready. If you understand pinning in BJJ, this will become easy. Moreover, scrambles are going to become much more predictable, as you spend more time rolling and discover the patterns of movement people usually use. So, dynamic control in Jiu-Jitsu means pinning someone, by not letting them move in a very specific direction and/or manner while leaving yourself at least two different options for progressing through the positional and technical BJJ hierarchy.

BJJ pins are still pins, and the goal is still to have people stay in a certain spot. The difference from a wrestling pin is that you don’t have to immobilize the person to do it. It is enough to restrict them from going in one, or a few very specific directions .that is much easier to achieve than trying to hold someone down, particularly when there is a notable size difference. While the traditional wrestling pin still has a role to play, it is best to combine it with the dynamic nature of BJJ pins in order to develop a crushing top game that will have you transition like a panther at the same time.