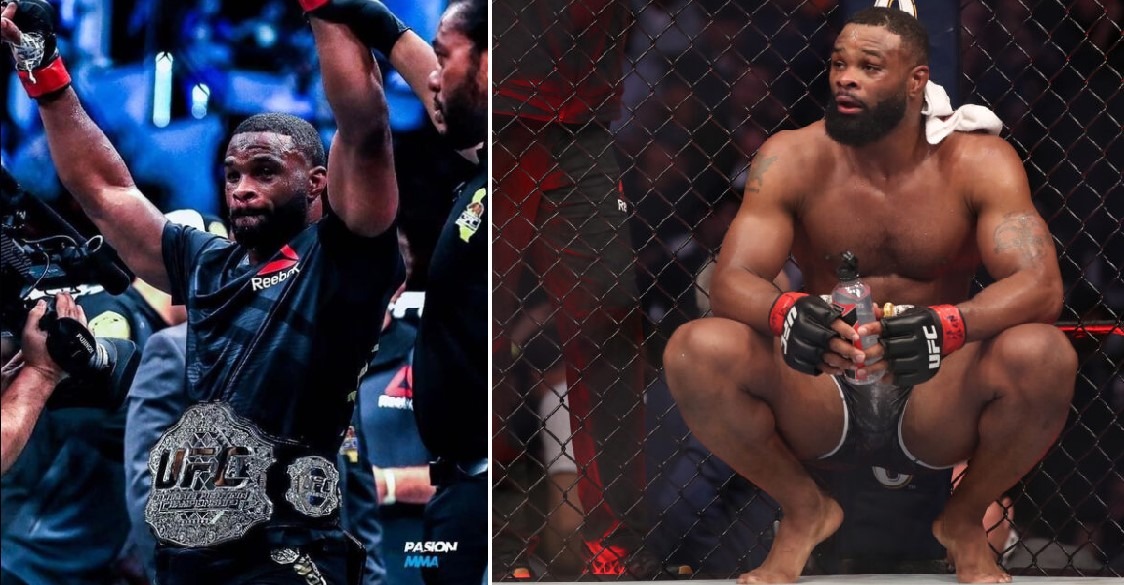 The former UFC Champion, 39-years-old Tyron Woodley is removed from UFC rankings and that usually means he’s no longer a member of the most prestigious MMA organization.

After 4 loss streak against Kamaru Usman, Gilbert Burns, Colby Covington, and Vicente Luque this was pretty obvious that it’s going to happen.

After his last loss against Vicente Luque by Brabo Choke, which was also his last fight on the UFC contract, Dana White suggested to Woodley to retire.

However, we can only assume that Woodley’s next destination will be Bellator or maybe One FC as he clearly said he won’t retire from MMA to  ESPN MMA’s Ariel Helwani

“I don’t think so. I’m getting way better. It’s scary to me because I got another level. McKee at one point in the training camp asked me, are you still in this? Do you still wanna fight? Are you still in this? He didn’t understand. My body was beaten up. I’d been boxing in the morning, then doing striking there which I didn’t expect to do. Then doing Muay Thai at night. So three times a day I was kicking and punching. My body was fucked up. I’m not twenty-five. So when I would start going to the chiro, and started getting massages. I took one day of rest and I came back, and I was a machine. That’s the Tyron he remembers. But he told me on my last day of training. When everything we did I exceeded, everything, every training session, every rep. All the things he put me through, I had my best day on my last day. He said, Tyron, you got another gear, another level.”