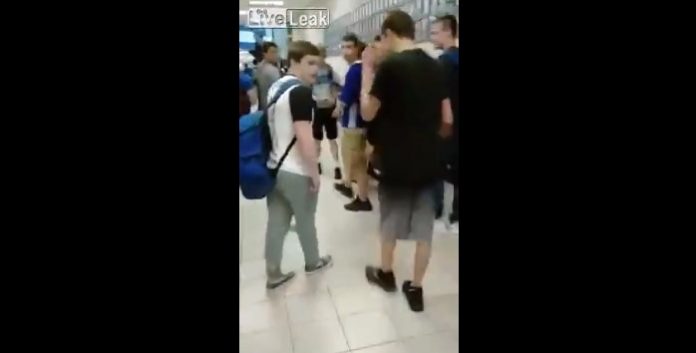 We can say that this guy really got what he deserves. After doing a cheap shot on a peaceful guy who obviously didn’t want to fight by any means knocking this bully was the only choice this guy had.

In the video below we can see a bully walking behind his victim, calling him names, and trying to provoke him into a fight. Once he was unable to do it he went for a cheap shot. Bully punched a peaceful guy in the head. Although it’s not clear if the shot fully landed or not, a guy who was a victim of bullying reacted so that he immediately took down and slammed his aggressor. One more punch from a bullied guy was enough to secure a knockout.

Maybe this doesn’t look nice and for sure it’s not the way you should react in every altercation on the street but the real question is if bullies really deserve anything better than this?

Watch the video and tell us what you think.