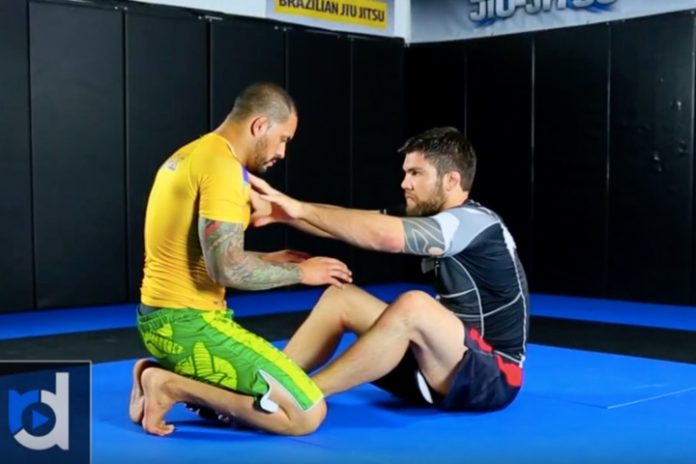 he task of sweeping people in Jiu-Jitsu is a difficult one, particularly against seasoned grapplers that have spent years in the sport. Sweeps have underlying principles that whoever holds top position knows of, and can use to prevent the bottom person from sweeping. Moreover, different guards offer different sweeping directions and options, and that also factors in how effective a sweep can and will be. The butterfly guard is one of those guards that people expect you to sweep from. However, they won’t be expecting the Bulldozer butterfly guard sweep.

The butterfly guard is one of the most utilized guards today, and that makes it really hard to use. People know what’s coming – a sweep or a leg lock. For those that like to keep things more versatile, there are also back attacks and front headlocks available from the position. In terms of sweeps, though, we’re seeing people fly around less and less form this powerful guard. Some of that is due to the fact people have studied the guard and understand how to block. Most of the cases, though, involve people being reluctant to engage in the butterfly guard, to begin with. This is exactly where the Bulldozer butterfly guard sweep enters the frame.

The Paradox Of The Butterfly Guard

The butterfly guard is a very powerful position but has become somewhat less useful when it comes to sweeps lately. This is the big paradox of the butterfly guard, which is something it shares with all other famous BJJ guards. The better they become at getting you to the top or providing submissions, the less they will work. This is down to the fact that once something goes viral in the BJJ world, people start to try and figure out how to shut it all down. It will take time for that to happen, but eventually, options will emerge at shutting things down. The same thing is happening to the butterfly guard. 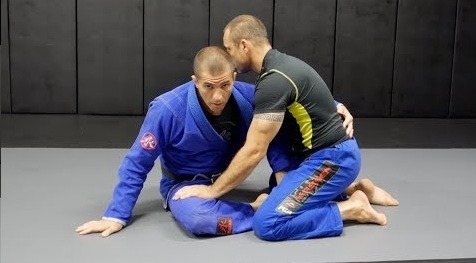 To be fair to the butterfly guard it is in its second coming at the moment. Initially, Marcelo Garcia made it explode, sending people flying left and right. After a while though, most people figured out how to prevent it to an extent, especially with the Gi. Then, along came Danaher and his leg locking system that not just provided new submission options, but also brought back the threat of sweeps, in the form of dilemma attacks.

At the moment we’re seeing people come up with ways to try and counter this new threat from the butterfly guard. It is not really working too well, but eventually, someone will find a solution. Up until such time though, people do have a somewhat boring but still effective option – go to their knees and dig in. This can be extremely annoying for a butterfly guard player. Unless they know how to perform the Bulldozer butterfly guard sweep.

What is the Bulldozer butterfly guard sweep? It is a double leg takedown. Wait, what? Yup, theta’s right – you’ll use a takedown to get a sweep. Takedown work from the top because both people are standing. However, even if you’re on your knees, you can go for a takedown. Furthermore, even if you’re in guard and your partner is on their knees, you can set up to shoot for a takedown. It will just count as a sweep, given that no one is actually standing.

The Bulldozer butterfly guard sweep is the perfect weapon to use when opponents dig in or shift their posture backward too much. All you need to do is switch your legs to one side, allowing you to go to your knees and get some drive out of the toes. From here on it is all about shooting into, head to the outside, and grabbing behind the butt to get a double leg. The sweep works like a charm, mostly because nobody is expecting it.

The important thing is that you need to keep one knee on the ground (the leg in between the opponent’s legs while the other is propped with the foot to the ground. Just like for a regular double leg. The sweep itself isn’t backward but to the side. This also has similarities to a double leg. The goal is to push back your opponent just far enough so they lose balance, and then you can take them to the side, finishing a butterfly guard sweep and ending up in a great position.

The secret behind the Bulldozer butterfly guard sweep is in Jedi mind tricks. The person on top usually expects you to sweep in three main directions, particularly form the butterfly guard. They either expect you to take them forward, to the sides or any combination of the above. They do not, however, foresee you taking them backward. That’s precisely why the sweep works so well against people that are dug-in. 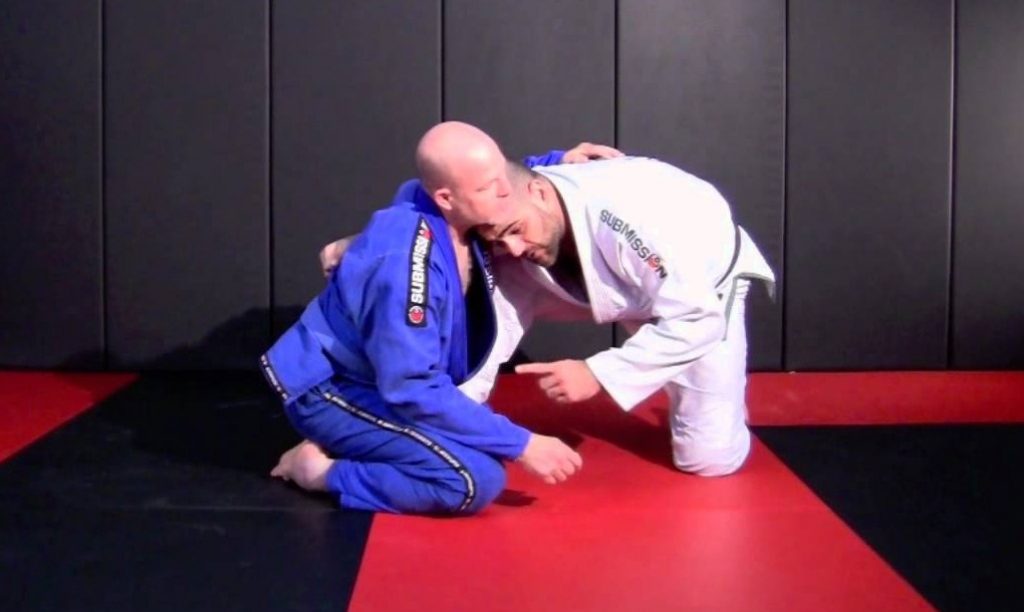 Another reason is the positioning of the opponent’s hips and knees. When trying to dug-in against the butterfly guard, most people assume a position like that of the top person in a closed guard. That means their knees are a part, and their butt is sitting on their heels. The fact that their butt is not in line with their hips means you can sweep them in the direction of the butt with ease. In this case, that is behind them, which is exactly where you’re heading with the Bulldozer butterfly guard sweep.

There’s also the element of surprise. Not many people expect you to go for a takedown, let alone a double leg when you’re’ playing butterfly guard. This, along with the change in direction and the position the opponent is in creates the perfect opportunity to Bulldoze through them, forcing them to the ground.

The Bulldozer butterfly guard sweep is something I have been using for years now. Even if an opponent tries to defend it, they’ll have to switch their weight, opening up some of the other butterfly guard sweeps. Alternatively, failing at this sweep (which is very rare) opens up the front headlock for you, which is more than enough to deal with anyone.