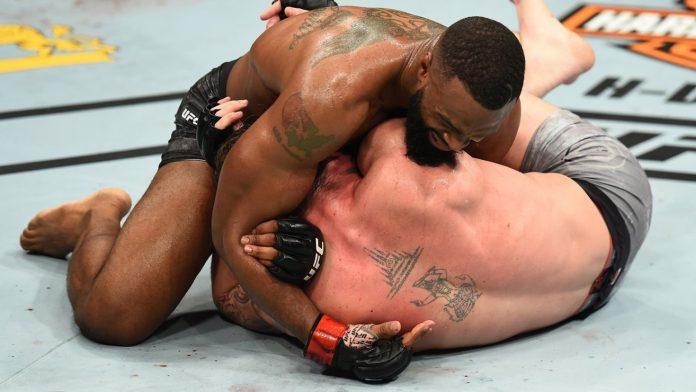 The hardest thing about a Darce choke is actually finishing with it. Despite the Darce being a submission hold, and an efficient one at that, it also doubles as a great controlling position too. In order to finish the Darce choke, though, you’ll have to go through several different grips. This is where the most important battles of the Darce happen. The good news is that you have several different grip variations to use and we’ll teach you how to finish a Darce choke with each one.

The grips involved in a Darce are versatile because of the position you are in when you’re hunting for a Darce. The Darce is an awkward choke to get used to, mostly because of the positioning of the arms. Angles and body positioning play a huge role in the choke’s mechanics. However, nothing is more important than using the right grip, at the right moment in time. Knowing more than one grip variation will help you not only in your quest how to finish a Darce choke, but also finish it against every kind of opponent, regardless of size or level.

A Positional Study Of The Darce Choke

The Darce choke is an arm-triangle choke. It is actually a strangle since it uses the compression of the carotid arteries to cause loss of consciousness. To that extent, one artery is closed down by the biceps of your choking arm, and the other by the opponent’s own shoulder being pressed against their neck. The way to achieve this is by using a figure four grip. However, getting to the figure four grip is where most challenges with a Darce choke lie. 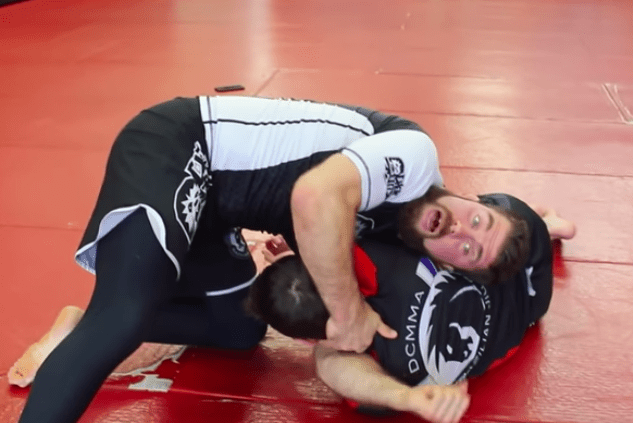 While the Darce choke can be done from both top and bottom, for high-percentage finishing you should always aim to be on top. This will allow you to place weight behind the shoulder that is supposed to put pressure on the artery. For that purpose, top side control, or even top half guard are the two positions where most people like to set up Darce chokes from. The focus here is on setting it up, though, because there’s no hope of a finish if your grips are not properly aligned.

Another position that ultimately leads to a Darce finish is the top turtle position, or better said, a front headlock against a turtled opponent. This sis where your grips become integral in getting the opponent to the position you want for a finish and the finish itself. Coming up against different people will require the use of different grips. For example, trying to break a wrestler down from this position.

So, how to finish a Darce choke?  Focus on the grips first and foremost and everything else will fall into place.

How To Finish A Darce Choke: Grips

There are plenty of ways to tie your hands together and hold an opponent in the Darce position before you aim to finish. For the finish itself, the figure four grip is the one that’s most utilized and go for a good reason – it is extremely tight. However, getting to that figure four grip is where most fail. Practically speaking, the grip that comes before the figure four is the one that is most important, as that is the grip that actually solidifies the Darce position. 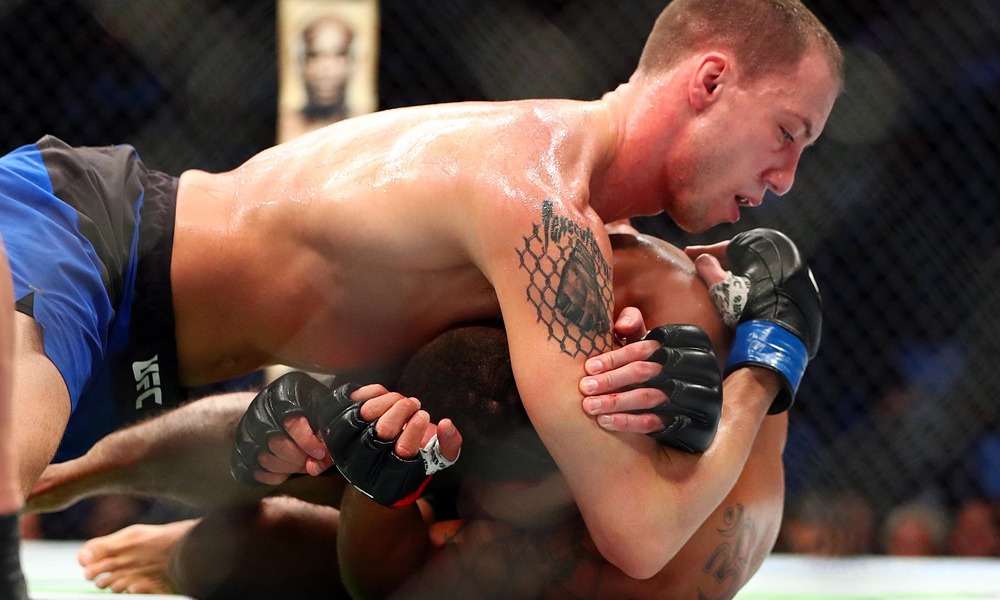 Starting off our quest on how to finish a Darce choke, we’ll take a look at the actual finishing grip first. Knowing what your goal is, makes it much easier to use other grips that lead there, instead of trying to figure things out as you go. In terms of figure four, all you need to think about is trying to do the Macarena dance – touch both your palms to your shoulders. Granted, you won’t be able to touch your own shoulder with the locking arm, but you should aim to touch your opponent’s shoulder, rather than their back. 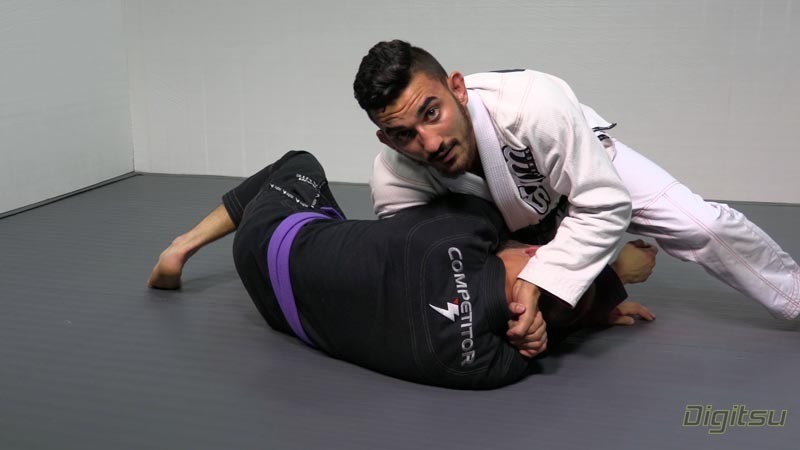 In some instances, you can get directly to the figure four and adjust from there. However, most cases will require you to battle to break the turtle down or get a leg free from the top half guard in order to be able to position your body for a finishing grip. The Gable grip is usually the first grip you get when you manage to thread an arm inside for the Darce. This is a palm to palm grip, in which you clasp your palms together, keeping the thumbs inside the grip rather than engaging them actively. The grip is very quick to get and offers good strong control, but do not allow you to touch your elbows together.

Being able to touch your elbows together, or even have them go further than that (think of a scissoring motion is really helpful when you’re trying to keep someone still for a Darce. So, the gable grip is a good option when it comes to how to finish a Darce choke, mostly because it is quick to get and is instinctive. However, there are a few options that provide more control and make the position much more uncomfortable. 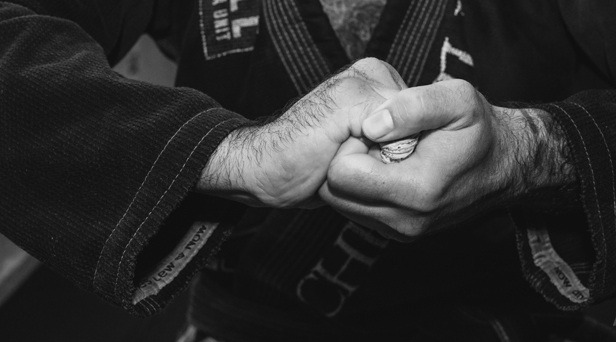 The S grip is an awesome option for controlling a Darce position, and even finishing the choke directly, without the figure four grip. It may be a bit uncomfortable though, and there is a trick to it that makes it nearly impenetrable. The original S-grip is when you place four fingers of each hand into each other, like the letter S. For the purposes of the Darce choke, the arm that you thread under the neck is the one that needs to have the thumb up. Otherwise, you won’t be able to close your hands together. This is one slight drawback of the S-grip, give that it takes tinkering and thinking about how to set it up, which takes time (at first).

Improving your S-grip is easy. Instead of digging your fingers deep into each palm, try and place the tips of the four fingers of one arm on the tips of the fingers of the other. Now go for an S-grip and you’ll be surfside at how much tighter it is. Plus, you get an incredible range of motion of the elbows which is very important in finishing a Darce.

The absolute favorite of mine, one that, has completely transformed my Dace choke game. I learned this from Jeff Glover ages ago, and it is still my go-to these days. The grip works pretty much like the Gable grip with one crucial distinction. Instead of just having your fingers bunched together, you actually interlace them in a very specific way. The thumb of the bottom arm (the one under the neck) goes in between the forefinger and the middle finger of the other arm when placed in a Gable grip. The opening between these two fingers is why the grip si called the V-grip.

The V-grip allows you to finish a Drace right there and then. You can finish from the top half or even against a turtle without having to break them down to a hip or get to the figure four grip. Elbows move a lot, allowing for the bolt cutter Darce choke variation, as well as offering an extremely tight Japanese necktie follow up option. If you’re wondering how to finish a Darce choke, you should definitely look into this grip. 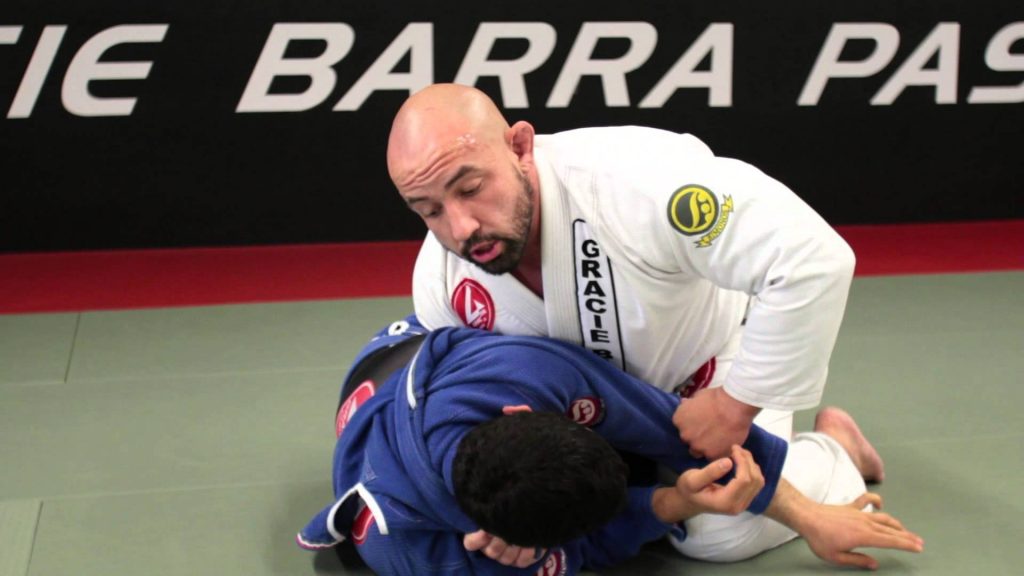 The lapel grip is another great way of finishing the Darce choke. In most cases, the lapel finish re-brands the choke as the Brabo, although it is the same submission hold. You can call it whatever you want. The idea is to get eh lapel of the opponent’ Gi loose on the top side. You then transfer the end across their back and look to grip it with the hand you’ve threaded under the neck. In essence, the lapel takes the place of your top arm, leaving you with an extra limb to tighten up the finish. Plus, it offers much tighter pressure on the artery on the bottom side of the neck.

The Darce choke is only as tight as your grips are. However, you can’t just assume that the figure four grip is the solution to everything, There are grips that open it up, as well as grips that you can fall back to if opponents are defending the figure four, In any case, have fun with all of the grips above and figure out different ways how to finish a Darce choke.