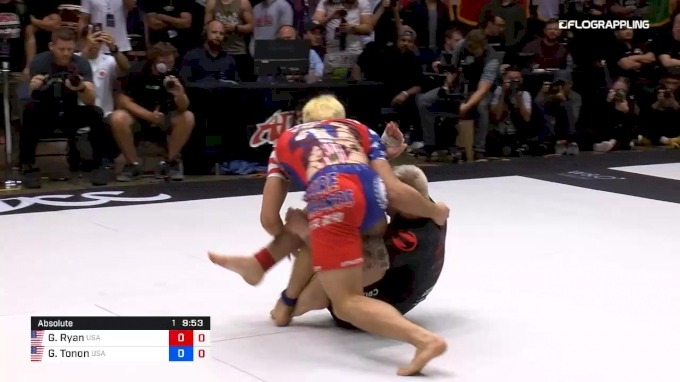 Whenever we roll, unpredictable things happen. One of the best things about BJJ is exactly that – the unknown. Even if you’re up against a much more experienced grappler, you could end up getting something if you’re lucky. And it goes the other way around too. Anyone can catch you, and it will mostly be in situations we often refer to as the BJJ scramble. The name fits perfectly, but does it really offer a good explanation as to what happens when precise positioning turns to utter chaos? There are several schools of thought on the subject and we’ll look at some of them today.

Control is of the utmost importance in Brazilian Jiu-Jitu. In fact, if you look at all grappling martial arts, you’ll notice control is one of the main goals. As such a key factor we all turn to the @position before [email protected] mantra quite often. Until such time as something unpredictable happens and you’re scrambling to find a familiar position. This is what the BJJ scramble is all about. But, when you take a more careful look at things, is the BJJ scramble really a chaotic situation or is there control to be found in the midst of all that craziness? As far as basic logics go, if you can get a submission form a scramble, then there has to be at least a bit of control, right?

Contents hide
The Notorious BJJ Scramble
Is There Such A Thing As A Scramble?
Thriving In Chaos
Wrapping Up BJJ

Training Brazilian Jiu-Jisu is a humbling experience in many different ways. One such feeling is the first time you roll with someone that actually knows Jiu-Jitsu. You know what I mean, all the alien-like anticipation and various Jedi Mind tricks that render you powerless. Well, the first time you enter a BJJ scramble, it’s yet another of those humbling BJ Jexperiences everyone needs to go through.

While you’re scrambling, all the control of BJJ turns into chaos, and it is as close to an “anything goes” situation as you can get while grappling. One thing to know, especially if you’re a white/blue belt si that scrambles are also situations in which most of the BJJ injuries occur. Particularly when you’re caught in one with someone close to your level. In a scramble, apart from everyone looking to get at least a grip in, not to mention positional advantage, you also get quite a few hits or Gi burns. A lot of the busted lips, black eyes, and similar cuts and burns take place during scrambling.

The reason people enter scrambles is usually that both find themselves in a situation where they do not quite have what they want to. In such a case, the partner (or opponent if you’re competing) has enough space to try something of their own. The result is both people going for something form less than ideal spots. Given that there’s enough space, both can actually try and do something meaningful. However, in doing so, all hell seems to break loose. What spectators see is a fast-moving ball of limbs, similar to cartoon fights.

Is There Such A Thing As A Scramble?

Let’s now try and look at scrambles for a different perspective. While most people accept BJJ scrambles as facts of grappling life, including black belts, some think they do not exist at all. Or, rather, they do exist but are not as chaotic as we think. For example, some people subscribe to the theory that you can get a fair amount of control even when you’re not in a position that’s familiar to you, BJJ-wise.

If you’ve ever been in a BJJ scramble with a really high-level grappler, you might agree with this approach. There are those tiny glimpses of hope when you think you’ve forced a scramble and you can at least get ou of whatever the crazy stuff that’s happening to you is. However, you often discover that it is al la ploy. Whatever your actions are, you’ll end up deeper in the position you’re trying to flee from. Or, in most cases, an even worse spot. The thing is that while you think you have hope you have none. So, is the BJJ scramble really the biggest deception tactic of Jiu-Jitsu?

If you try and approach your next scramble with am mindset like this, you might finish in a very different spot than you usually do. For example, when you get to your next scramble, try and remain calm. When you’re not panicking and trying to catch a lapel, sleeve or a piece of your partner’s hair (unintentionally, of course), you might just see plenty of opportunities. The one universal truth with scrambles is that they do create openings for both players. However, they are very often situations of control, just like with other positions in JIu-Jitsu. The main difference is that they happen on the go, and transitional control is at the forefront.

If you take a look at some of the top grapplers in the world, you’ll see that some of them actually invite scrambles to happen. Paulo Miyao is one such example. Whatever happens to the little Brazilian, he’ll end up dominant, regardless of how much chaos preceded. This is mostly down to his style – he likes to attack in transition. That is a real hallmark of a true high-level grappler.

If you want to bring a bit of order to chaos, try and think of a BJJ scramble as an opportunity. During scrambles, accept that things are going to move, rather than be static. IN that sense, think more of wrestling pace rather than the usual BJJ one. Now, as that happens, instead of panicking and tensing up, try to relax. Once you do, you’ll actually see that things do open up. The reason is the fact that things happen in motion. This means your partner needs to work in order to obtain classical control. While that happens, you can get your hands on some transitional control and end the BJJ scramble when and how you want to.

This recipe is one that does the trick for me. I know it doesn’t make sense to relax during a scramble, but it is a life-changer. I did it after a highly skilled black belt advised me to, and I haven’t looked back since. So, instead of trying to bring order to chaos, thrive in it. That way, you’ll always have the upper hand.

The BJJ Scramble is an integral part of grappling life. Whether you like it or not, you need to accept that you’ll end up there at one point or another. When you inevitably do, it is better to have a strategy than simply try and fight out of it. Even better, become one of those grapplers that really enjoy going into a scramble because they see the order in chaos not many others can recognize!

Grappling Diet Tips For Getting A Six-Pack