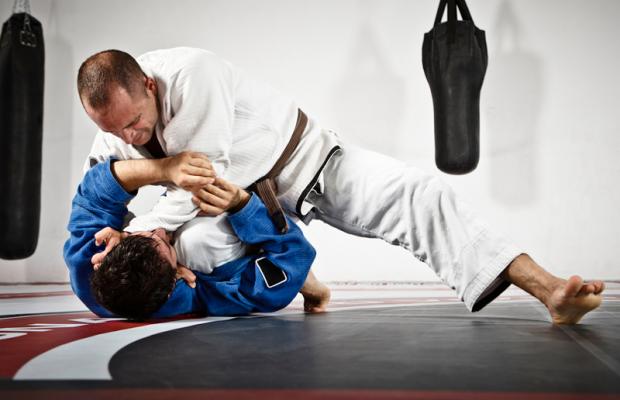 The ranking system in Brazilian Jiu-Jitsu is arguably the best in martial arts. It allows for great structure, while also leaving a lot of room for expressing individuality. It is unique in many aspects, but one is particularly eye-catching. If you’ve ever looked at other martial arts with belt ranking, you’ll notice that not a lot of beginners and lower belts get to train a lot with the higher belts. In terms of sparring, this almost never happens. In Jiu-Jitsu, on the other hand, having a  white belt roll with a black is nothing unusual and happens on any given day. We already know that the white belt is going to learn a lot. But do higher belts really get anything from BJJ rolls with lower-ranked training partners?

The answer to this question is not an easy one. Yes, a higher belt can learn from every roll, regardless of the training partner’s rank. The key is in knowing how you should train with people that have a lower rank than you. If you decide to just go with your usual game, you’ll just smash most of the people with ease. That’s all fine and dandy but what the take from BJJ rolls like that? Chances are, your opponent is going to be in such confusion they’ll just shut down and not really provide you with any meaningful feedback in terms of defending. If you’re looking to learn and improve, this is not going to help. On the contrary, it is a great way to make you think you know something. However, there is another way. or a few other ways, to be more precise.

One of the best things about Jiu-Jitsu is that you get to train with all kinds of different people. And, when I say different, I include lots of variables there. First up, you get people of all sizes, ranging from the rooster-weight to a super-heavyweight. Then, you get people from both sexes. Moreover, you get to roll with people of different ranks and experience. Finally, something people usually do not consider as important, you have access to people that come from all walks of life. This is a crucial part of Jiu-Jitsu as people’s characters often determine the type of game they play. The more training partners you have, the more variety at your disposal. 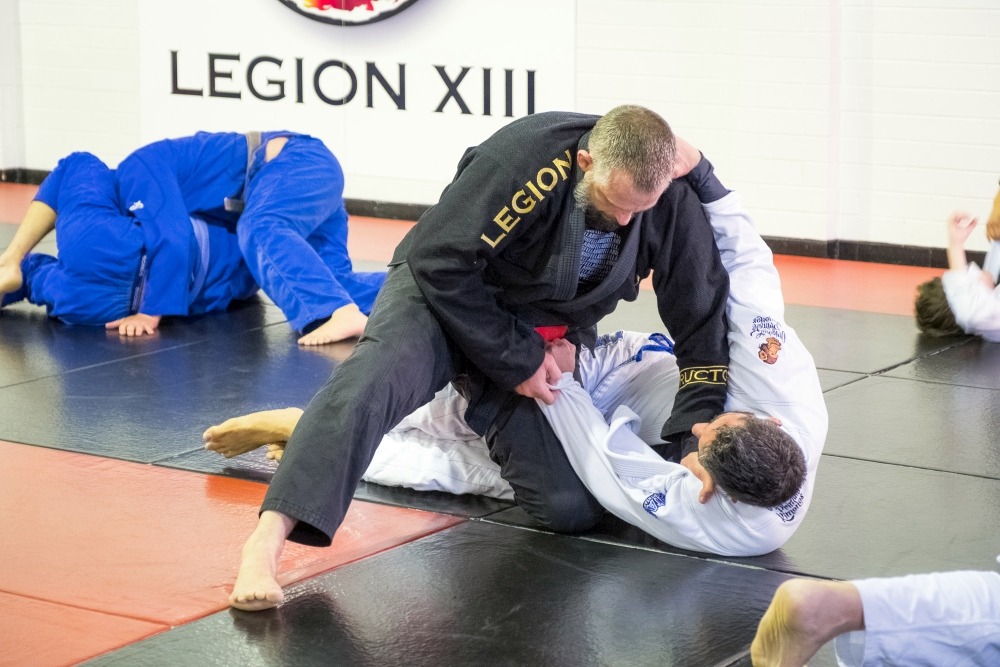 So, how do you approach training with partners that have different color belts? That’ll depend a lot on your rank, of course. If you are the highest-ranked person in the academy then you have to take into account the variables above as well. BJJ rolls with a super-heavyweight blue belt, a female purple belt, and a 45-year-old white belt are certainly not going to be the same. So, why would you use the same approach on each and every one of them?

The key here is to think about what every one of them brings s to the table. Looking at our examples, a super-heavyweight is always going to be a pressure threat, regardless of the belt. The blue belt also means a Spaz alert and a lot of defensive positioning. the female purple belt, on the other hand, is going to be all about technique, and most likely a real handful from any guard position. Be aware of sneaky submissions as well. They will all learn from you, but how can you get the same in return?

How To Approach BJJ Rolls With Lower Belts

Let’s look at a few strategies that’ll help you advance your BJJ progress and fine-tune your techniques. The one thing to keep in mind is to approach every roll with a lower belt without the competition mindset. that means you’re not rolling to win, but rather to learn. With people of the same rank, feel free to be more competitive, or challenge yourself against higher-ranked grapplers. However, if you want to learn and develop as a grappler yourself, you have to know how to roll with lower belts.

While BJJ is currently spread all across the world if you look at the most common rank you’ll see that there are more blue and white belts than any other belt. Lots of academies only have a few purple belts and perhaps a brown or black belt as an instructor. While this is great for the white and perhaps the blue belts, higher-ranked belts might find themselves hitting a plateau, or gaining false confidence. Below we offer a few ways in which all your BJJ rolls can be valuable learning experiences, regardless of your partner’s rank and experience.

This is a huge one. Try executing a move that’s brand new to you on a partner of your rank or higher and you’ll soon disregard it as “not working”. This is because you’re starting from the middle of the ladder. Instead, use your time with lower-ranked p[artners (which are more numerous anyway) to give new moves a real shot. That means having a clear progression and starting with white belts. The more they’re new to BJJ, the better. Focus on hitting your move throughout the roll with them, working out kinks. Then, go for it again, this time with more experienced white or blue belts. You get the idea.

Just to clarify, this concept is applicable to anything you’re trying to learn. it’s not just about going for submissions, You can train passes, sweeps, guard retention concepts, weight distribution, and pressure, you name it. Just remember to stay away from your A-game even when you see openings for it.

If you’re dead-set on sticking with what you do best, then BJJ rolls with lower belts area great chance to fine-tune everything. Even if you’re really proficient at Kimuras, for example, certain more experienced grapplers might still be able to wiggle out now and then. Your lower belt friends (yes, they’re friends, not just food) are the best way fo perfecting everything. 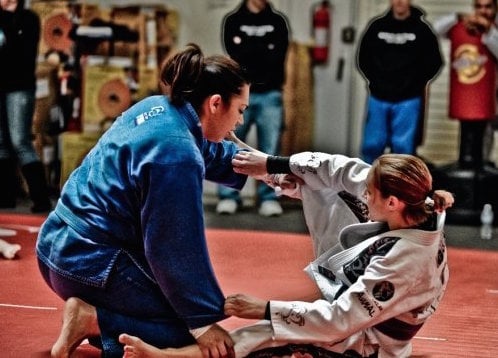 Using our Kimura example, let’s say you’re doing your usual setup against a lower belt. When going for the Kimura, make sure everything is absolutely perfect! Unless you’re really there with 100% technique than adjust and re-assess or let go and set it up again. Keep repeating the process until you’re satisfied. It’ll make your go-to moves a lot more precise and will certainly increase the percentage of success against higher belts. Remember, the technique only and absolutely no muscle at all, even if it means you do not hit that Kimura the entire roll! 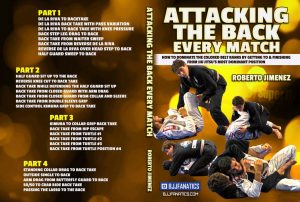 Roberto Jimenez is proof of how flawless technique can help you win World Titles! The 18-year-old brown belt is famous as a black belt killer. He also won a double Word Title submitting all of his opponents. In his “Take The Back Every Match” DVD instructional he outlines how perfect techniques helped him submit everyone!

Although obviously essential, nobody likes to train defense when they’re rolling. it is logical that everyone is trying to win the “fight” but at some point, you’ll surely end up on the defensive. Using lower belts to really get the knack of most dominant positions is an extremely valuable learning tool in BJJ.

Once again, you can follow a progression. Try figuring out positional escapes when rolling with people that are beginners, just to make sure you don’t get accidentally injured from submissions. Use them for escapes from most common dominant positions like mount and back control. With blue and purple belts you can extend this to submissions and some more complex positions like the turtle. Whatever you do, remember that escaping is your goal so allow training partners to get you in bad spots.

At one point in time, when I was a blue belt, our coach told us to bring blindfolds to training. We did, and we trained with one person blindfolded and the other watching out for safety. Suffice to say, it really opened my eyes (pun intended).

“Handicapped” training is when you decide to reduce your available options. You can close your eyes, look to use one hand only, legs only or any other possible combination. You could also limit yourself to one move only, let’s say a sweep. Once you get it, you don’t try to maintain the top position but rather return to the bottom and go or it again and again. This is similar to position sparring, but your partner is allowed to do everything, and you have just one thing at your disposal. Just remember to consult people if it’s okay not to use sight or a limb. Certain people might find it disrespectful, so make sure you get the nod before you slap and bump.

Learning from BJJ rolls is actually very easy. All you need to do is look for a lesson instead of a victory when you do so. If you approach rolling with the right mindset, it won’t matter what rank your partner is. Don’t get me wrong, competition-style sparring is important and it has its place in training. However, your regular BJJ rolls at the end of class should be learning experiences first and foremost. And there’s hardly a better way to learn and improve than by training with lower belts.