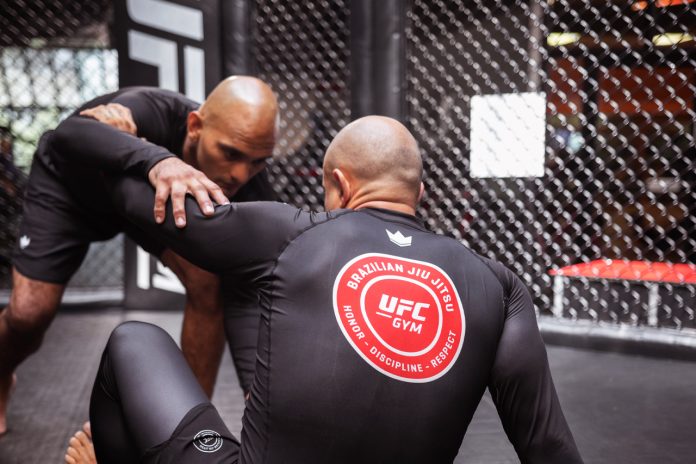 Feeling happy in the academy you train at is not just deepened on how the academy fits you. You also need to fit the Academy, or, better said, fit into the academy. Sometimes it’ll take a bit of work to get there, but in the end, it is all worth it. BJJ should be trained in a positive environment of fun and respect, and that can’t happen unless everyone is on board. That old saying that everyone matters in a BJJ gym is more than true. But it has a lot more to do with just making you feel good – it has to do with making everyone feel like they belong.

Although Brazilian Jiu-Jitsu is seen as an individual sport it is actually an aspect of the sport that’s highly debatable. The fact of the matter is you will be alone against your opponent in the battle on the mats. However, you still have your team cheering you, your coach in your corner, etc. Not only that but all the preparations, everything that happens in between fighters, etc has to do with a lot more people than just you. As such, the bond between people in a BJJ gym is something that shouldn’t’ be taken lightly. Students need to be aware of it, and instructors need to let them know what it is that matters.

BJJ Gym Rules That Make All The Difference 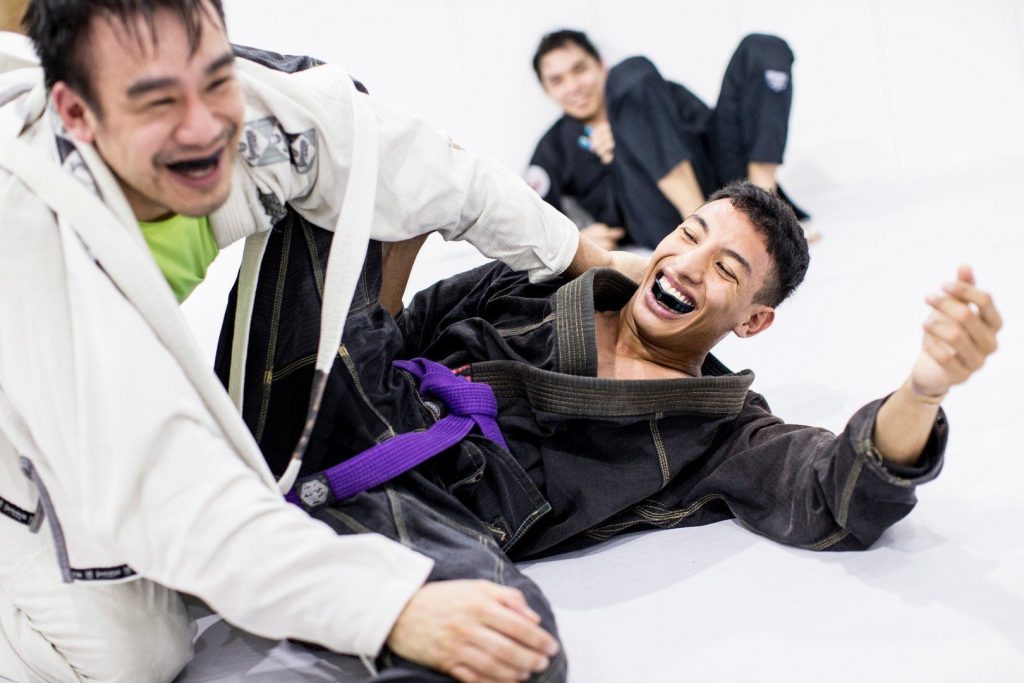 If you expect BJJ gym rules to be written on the wall with someone constantly checking if you’re following them all – well, then you should probably leave. That’s not what a BJJ Gym should be about. However, certain academies do have codes of behavior, and yes, they’re sometimes put on the walls for people to see. It is all with a good purpose and pretty much necessary. However, it is those BJJ gym rules that fall under the behavior and etiquette categories that are hard to display in a poster format. And still, they end up being the most important ones.

Things are actually pretty simple. You have the right toe BJJ gym that fits your goals, needs, and character. Some gyms just won’t be a good fit for you. BUT you also have to remember that you too need to fit in an Academy, You can’t expect to be treated like a princess on the mats. Out there, everyone is equal in terms of getting and giving respect and acting in a way that ensures safe and fun training. To that extent, the unwritten stuff is much more impotent in how you integrate into a gym, than the “bow to the empty gym” and say “Oss” a million times type of things.

It has never been more important than how to use common sense in BJJ. With the Covid-19 pandemic still at large, training a combat sport seems like the one thing you shouldn’t do. And yet, there’s no way to live without it, is there? That said, a great example of common sense would be staying home if you feel, sick, think you’re not well, or have had contact with someone that has, or is suspected of having the virus.

This is just one example of how you can use common sense to abide by BJJ gym rules. Everything else, from not walking on the mats with shoes, to being respectful to others, coming in clean, with washed gear, etc falls under this category. Most of these things will not be written, as they are considered to be something everyone is capable of doing. So, be responsible! 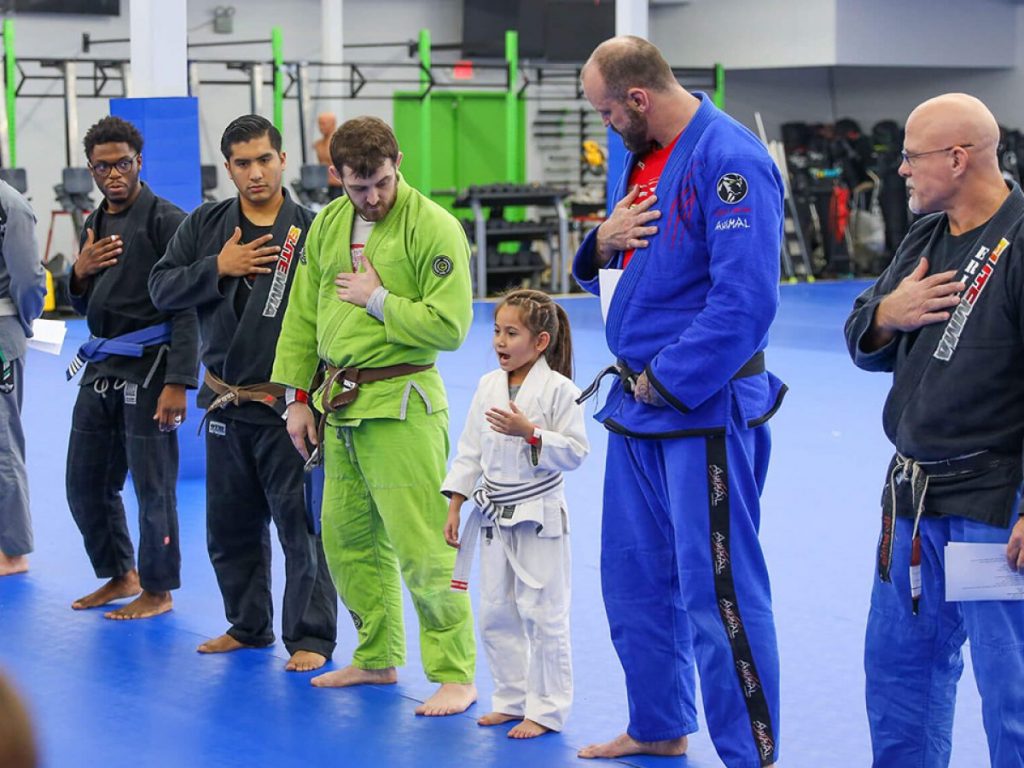 Every Academy has a different vibe to it. Some are set up as competitor dens, others are more oriented towards folks who want to train recreationally, and most, are a combination of both. Moreover, you have all the varieties in how people approach teaching, whereat is a Gi or No-GI BJJ gym, etc, etc. Unless there’s something major going on that’s a deal-breaker for you, or you’ve had the misfortune of walking into a McDojo. Apart from that, you’ll need to figure out how the gym works, and do your best to integrate into their modus operandi.

Pay attention to how people interact, how much belt ranks mean, some rolling tendencies and gentlemen agreements between members, etc. Do whatever is the norm, or if you’re unsure, ask about it. Just don’t go about trying to do your own thing, as that won’t help you truly feel the atmosphere of the gym, and might drive you out of a BJJ gym where you might thrive if you just give it a chance.

This is another one of those that should go without saying, but then again, most unwritten BJJ gym rules are like that. When you walk into a BJJ gym, your goal might be to become a world-class competitor. That’s beyond cool, and you should pick a gym that fits your needs, and be clear about your goals with your instructors. However, after a few years, those goals might change. Once again, you’ll need to find a way to not just switch your attention, but also communicate with training partners, instructors, etc., what your reason for being on the mats is. This makes it a lot easier for everyone in the BJJ gym to respect your goals and act accordingly when they roll with you.

Of course, as long as you’ve picked an academy that’s a good fit for you, you’ll need to make a sacrifice or two. It may be the playlist that blares from the speaker during rolling, or it may have something to do with the code of conduct your BJJ gym has in place. As long as you enjoy the atmosphere, instructions, progress, etc, following a couple of things that you might not completely agree with, but are important to the academy, is a “sacrifice” worth making?

How To Act Around Instructors

I guess this is one of the BJJ gym things that most people never really figure out. People in Jiu-Jitsu spend so much time training, that very soon, instructors become friends with students, and communication is easy from thereon. The one thing to remember is that instructors, especially in BJJ are not some mythical creatures that you need permission to look at, let alone talk to. They’re happy to communicate and help out with everything and are usually laid back and chill. However, there also has to be a healthy dose of respect, regardless if you’ve just met them, or you’ve been friends for years. 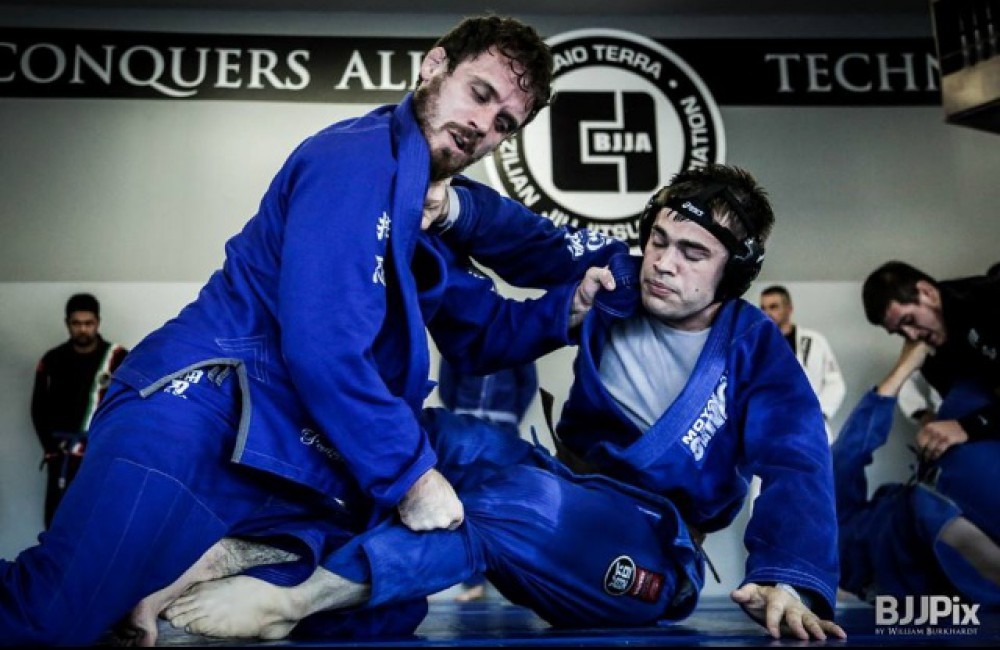 Over the years, I’ve had people come up to me and dares me in any fashion imaginable, and that makes me laugh. Some even ask what kind of a title they should address me with. In my BJJ gym calling me or any of the other instructors by name is more than suitable. Once again, respect at a level that common sense implies is also more than enough, towards both instructors and fellow students.

Every BJJ gym has a different take on things, and that’s what makes visiting different ones so fun. However, when it comes to choosing your “resident” academy, you should be comfortable there first. After you make the best choice for you, though, you’ll need to figure out how to integrate into the academy, follow their code, how to interact with instructors and students, and the likes. These are the key thing s you can do to fit into a BJJ gym and call it your home away from home for many years to come.