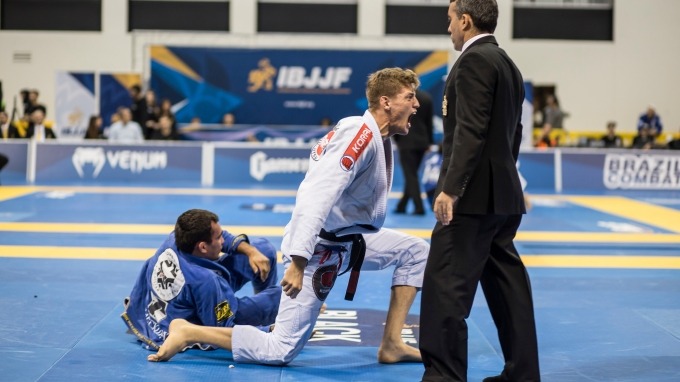 A Jiu-Jitsu Tournament is the ultimate test for any grappler. You get to work against people of a similar skill level and similar build, with the simple and clear goal of beating everyone that you slap hands with. Lots of people enjoy competing at Jiu-Jitsu tournaments, but not all that enter enjoy the outcome. Every match has to have a clear winner, and oftentimes in BJJ you’re going to be on the losing end. This can take a real toll on people, especially if you’re in a bad run and have a few losses back to back. You need to cope with your loss the right way in order to deal with it as fast as possible.

Most people that compete often are fairly used to the whole Jiu-Jitsu tournament experience. The multiple mat spaces, the lights, the noise, etc. You’re trying to figure out if you’ll really be competing at the prescribed time, doing your best to make out what the announcer is saying. You’re warming up in a corner, still not sure if your weight is exactly on point. And on top of it all, you need to step on the mats and showcase what you got. Now imagine getting out of all this with a loss. It can be a hard experience, especially for people new to the scene. There are, however, certain things to focus on in order to get right back into the game.

Give yourself every chance to get out of a tournament without a loss. Get Dean Lister’s “Worry Free Escapes” DVD and never get caught in a submission again! Positional escapes are included, as well as great tips on how to act when deep in a submission! Top material from one of the best in the game!

Common Excuses For Losing At A Jiu-JItsu Tournament 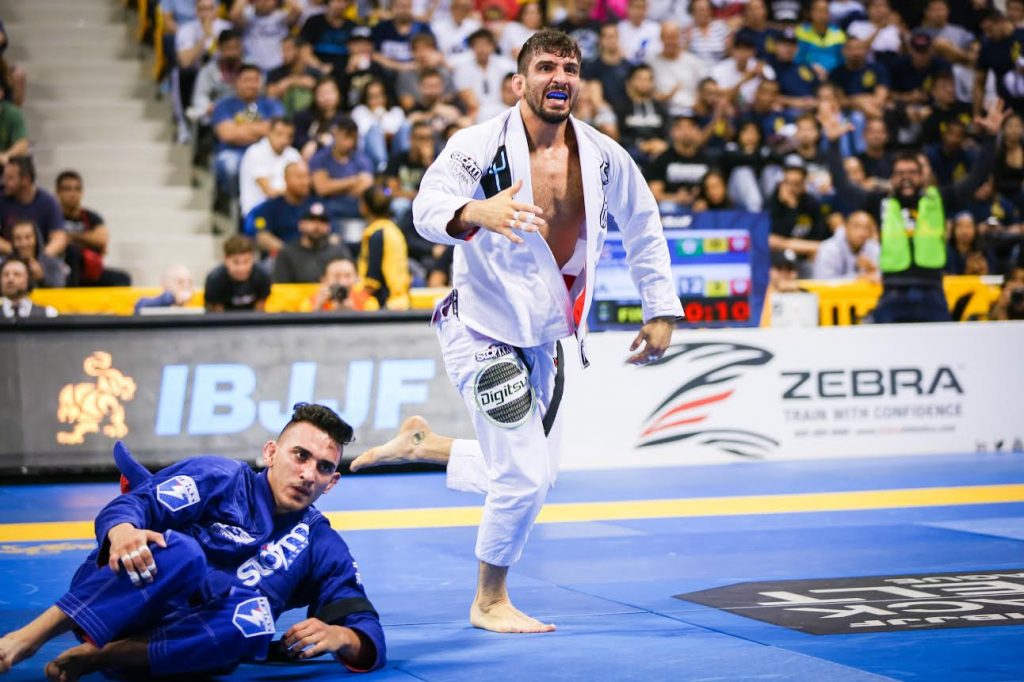 So, you went to a Jiu-Jitsu tournament and you lost. Big deal, right? Well for some people it turns out that it is a very big deal. Or at least the make it one. The fact is that nobody likes to lose. It is in our nature as humans to always strive to be better than others in different areas. BJJ is no different. However, people coming out on the losing end often do not want to accept the loss as it is. In turn, they come up with a plethora of excuses to justify their lack of grappling success.

Some of the classic examples include the “it wasn’t my fault” approach. Finding someone to blame is the easiest thing to do in order to transfer responsibility away from yourself. These usually include the referees (often unjustly), your corner, your diet, your inexperience….. the list goes on and on. While in certain situations some of these might actually be the fact of the matter, stop using them as excuses constantly.

Furthermore, you have the “every defeat is a lesson” approach. You either win or learn in BJJ, but somehow, all that learning doesn’t feel too good. Also, you weren’t really acting as a teacher last time you subbed everyone at a Jiu-Jitsu tournament, were you? Drop this stupid line and focus on what really occurred on the mats prior to the opponent’s hand getting raised. Analyze instead of crying and you won’t have to use the same line again in the future.

And please stop blaming that old injury for your loss. Either do not compete until fully healed or accept that you’re competing injured. Whatever you choose, do not keep it in your back pocket as a ready-to-go excuse.

Tips On Overcoming A Hard Loss

So, now that we decided excuses are out of the question, let’s see how you can overcome a competitive loss. Mind you, losing is never easy and getting beaten at a Jiu-Jitsu tournament is even harder. However, if you truly want to get back on the horse, then you need to get over it lightning fast. 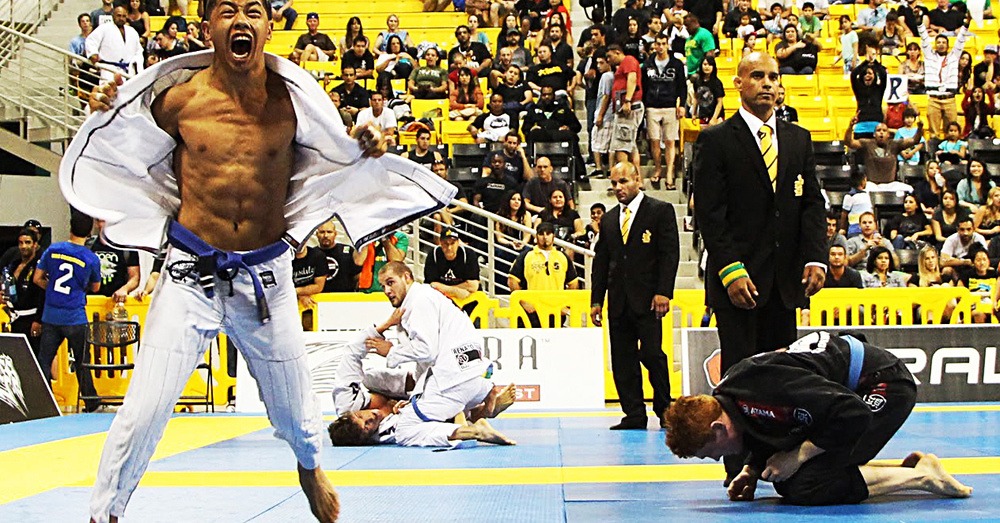 The trick with a loss is treating it with no more respect than the minimum required(see below). Losing is not a big deal, as for the majority of grapplers it isn’t a question of income. Losing once, or even a few times in a row doesn’t mean you’ll never be able to win. Look at a loss the same way you look at tap in practice. Brush it off, smile and slap hands again.

Next, make sure you understand why you lost. This is different from the excuse that you win or you learn. Figure out why you lost and make sure you do not lose the same way again. The more you know where you went wrong, the better you’ll be at the nex Jiu-Jitsu tournament. Furthermore, working on the specific problem that got you tapped is a great way to directly address a loss and not dwell on it.

Going forward, try to jump back into competition as soon as possible. Bar any injuries, a loss is no reason to stop competing for six months. You’ll find out much more about your Jiu-JItsu on the competition mats rather than in training. Accept that loses are inevitable, figure out what you did wrong and sing up for the next Jiu-JItsu tournament.

Finally, accept that sometimes, you’re simply going to get caught. Just like you get lucky sometimes, so can your opponent and there’s nothing you can do about it.

Finally, let’s look at a few ways you can approach your latest Jiu-Jitsu tournament loss. Despite the technical tips for overcoming a loss, there are a few very important mental ones as well.

First and foremost, it’s pressure. there’s no need to put pressure on yourself before you go out to compete. Go out there and compete for yourself, without any mental pressure whatsoever. Of course, do all you can to win, but do not raise the bar of expectation so high it backfires on you. Too much pressure is going to freeze you up and end up with yet another loss. 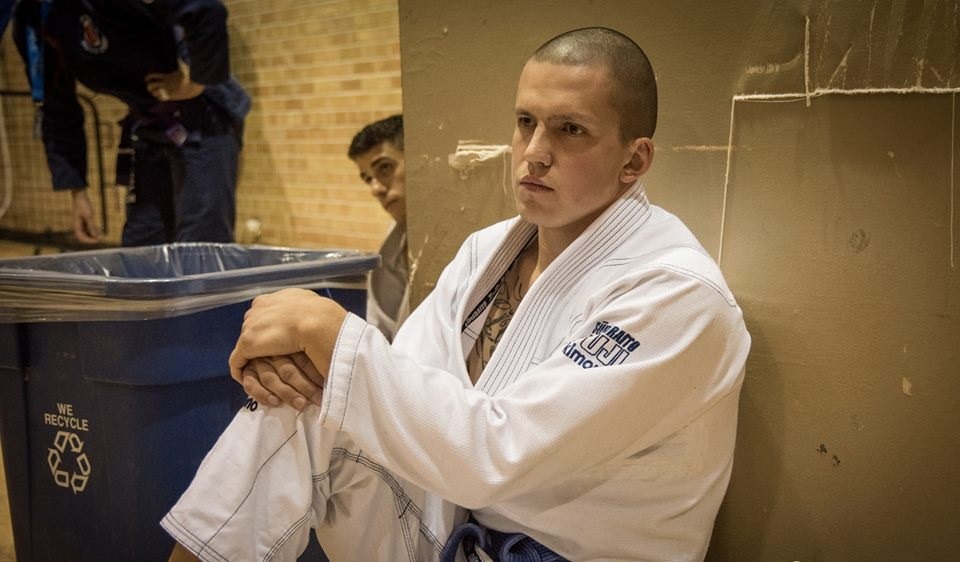 Stress management is another great coping mechanism. So you wnt out to grapple and you lost. That’s no reason to feel all jittery and stressed out afterward. In fact, this strategy works just as well before the competition as it does after. Make sure you relax and really think about the point of it all. You compete for fun and you should have fun while you’re doing it. Losing shouldn’t prompt you to spend the rest of the day stressing out like you’ve lost your job.

Finally, forget about controlling every variable. BJJ competition is a chaotic experience. There’s no way you can predict every possible outcome so do not even try. But, what if I did this instead of that? If only I reacted a second sooner! Do not even let thoughts like this enter your mind. At a Jiu-Jitsu tournament, you need to try to control your opponent. If you fail, don’t look at other uncontrollable variables and make them the focus of your anger. Instead, improve how you control your opponents and get back out there!

Do You Have The Best BJJ Style For Your Body Type?
Jiu-Jitsu Techniques For A Complete Competition Gameplan
How To Prepare For Your First BJJ Tournament and Maximize Your Chances of Winning it