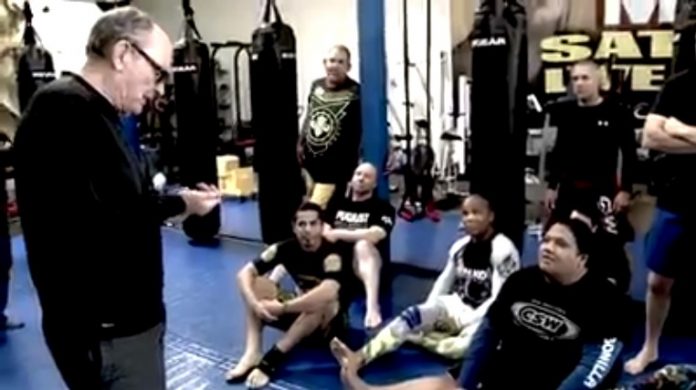 The first thing should be to avoid any kind of physical conflict. OK, maybe you won’t look like some bad ass or the toughest guy on the planet, but to those who have a bit of brain you will definitely look smarter. And being smart in those situations is all what counts at the end of the day.

In this video we can see some verbal examples on how to avoid any kind of physical conflict and how to be a real winner in those situations. Kicking someone’s ass is not really a win, especially if you end up in jail because he hits the floor with his head or you have to pay a huge amounts of money to someone you barely know!

Sifu Tim Tackett at the CSW 2016 World Conference sharing some ideas of how to avoid getting into a fight. http://erikpaulson.com