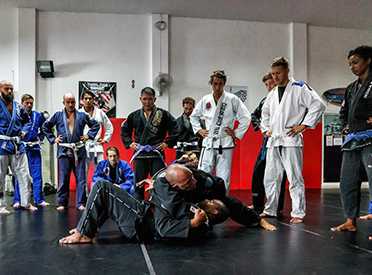 So, you ended up at a BJJ camp or a seminar. Lucky you! Especially If that is the case in the Corona stricken world where BJJ is becoming an underground activity. The thing with seminars and camps is, you run into high profile names, but short of booking a private with them, you have no control over what they’ll be showing. Sure it may be fun to go to a Roger Gracie seminar just because it is Roger, but you might not really be into the stuff he chooses to demonstrate. And that is ok because you can still learn more than you think about what you want, or BJJ in general, rather than just try to copy and paste what instructors do. Sometimes, learning BJJ isn’t that straight forward.

Learning from a BJJ camp, seminar, school visit or even videos can be hard. Okay, with videos, you can at least choose the subject matter, but even then, you’re limited to what has been recorded. More on that later. However, I’ve seen people miss classes in multi-day camps because they didn’t like the subject, or never went to a seminar with a great professor because of the same thing. OR, even worse, miss out on all the learning experiences because you’re’ exclusive to Gi or No-Gi. Well, if you truly want to learn BJJ, you’ll find a way to figure out what works for you, even if you’re a  10th Planet student at a Keenan Cornelius seminar.

The Way We Learn BJJ 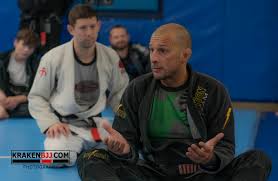 There’s an interesting duality in BJJ. We want to be lazy when it comes to learning, but do not want to be lazy when we need to, and that is during rolling or matches. By lazy in the latter, I mean the concept of lazy BJJ which is just another way of saying we need to be patient. Instead, we like to be lazy in class and tend to pretty much go with the flow. While it is perfectly ok to be a model student in the class (not when you’re in mine, but most others), you do need to broaden your perspectives and change your expectations when you go to a different academy or a different person’s class.

Usually, classes are organized in a similar fashion in each academy. Mostly, students have access to the curriculum and know what is going on. Among them, older students that usually have styles they’re developing tend to be used to the way their instructor is demonstrating, and to the way classes work in their academy. Oftentimes, seeing someone demonstrate things differently, talk about something they have barely touched upon before, coupled with the fact they’ve been around for a while (higher belts) makes people reluctant to learning from another person. That would be a mistake.

Styles and methodology are hugely important, but the bottom line is that everyone has something to teach you, even though it may seem like that’s not the case. And by everyone, I mean everyone regardless of belt level. Yeah, white belts can also teach you things, you just need to listen to what it is they’re asking instead of waiting for them to shut up so that you can answer. In BJJ camps and seminars you don’t get the luxury of picking what you learn. You do have the opportunity, though, to learn from the best of the best in the art, which is more than enough to improve your style, regardless of the class subject.

Learning from BJJ Camps And Seminars

BJJ camps and seminars are very unique environments. One thing you can rest assured is the same for both is that the instructors get to choose what they’re showing. That’s not just by accident. It takes a lot of time to prepare a Jiu-Jitsu class, and when your’ audience involves people that range from beginners to expert competitors, you need to be even more concise with what, how, and why you’re demonstrating. In that sense, seminars usually last longer, 4-6 hours, and the instructor in charge goes through a variety of things related to a subject, that can be very broad, or very precise. 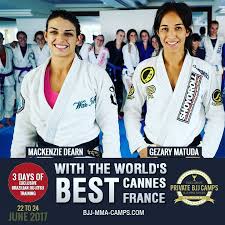 Let’s say the subject is guard passing in the Gi and you are a predominately No-Gi grappler that likes to play guard. What can you learn? Well, instead of trying to copy and paste whatever is being shown,  try to listen to what the instructor is saying. The way they position their body, the way they distribute weight, the way they deal with the other person’s grips, the way they try to control the legs… These are just a few things you can pick up on to help you develop your game, even though they were not written in the class description.

Fundamental things like stances, motion, mind tricks, principles, concepts, hacks, etc. are there in every class. And even though you might be in a leg lock class, you can actually pick up very useful information on passing guards or finishing sweeps just by trying to understand what the instructor is saying, rather than just trying repeat moves like a robot.

School Visits And Other Means Of Learning

Much of the same applies to visiting a school or having an instructor visit your school. In the first example, you’ll probably be a tamer and less willing to participate in most things, because you’re not in your comfortable environment. That means that when someone comes to your gym, especially if you’re a higher belt, you tend to be skeptical about what they’re showing if it is not up to your alley. In both cases, the same thing applies – try and figure out how what they’re saying can apply to your game. In BJJ the underlying principles are the same and are easy to apply all over, given that the laws of physic, mechanics, and biology are pretty much universal, and most of the stuff in grappling adheres to them.

When it comes to learning from other avenues that don’t involve live classes like in BJJ camps, seminars, or visits, you also need to try and see the broad picture. Watching some of the more popular leg lock instructional has helped first develop a guard that cannot be passed, secondly, figure out how to get on top of everyone by manipulating levers, and thirdly, how balance works and why the hips are so important in BJJ. This is just one example of one person watching one type of instructional. Since then,  I’ve found key stuff in any instructional I’ve watched, regardless of the subject matter and title have nothing to do with my own game.

Don’t waste the precious chances you have to learn from the very best in BJJ camps and seminars, or when visiting just because you don’t like the subject matter. You don’t’ even have to do the things in most cases, just be there, listen and watch. Take your notes and make sure you figure out how it all ties into your game. It may teach you new things, you may learn the offense, or finally figure out how to counter a move that has nothing to do with the class you’re currently in/ that’s the beauty of BJJ – everything is tied together in the craziest ball of twine imaginable.

BJJ Gym Rules: The Things You Have To Know