Gracie Barra is one of the largest BJJ affiliations in the world. It is named after the first school the Gracie’s established in Rio. To this day, Carlos Gracie’s son, Carlos Gracie Jr. is at the helm of the organization. Across, the world, they have numerous affiliate schools that follow their Jiu-Jitsu curriculum. In fact, Gracie Barra is organized more like a business company than they are your usual BJJ academy. That said, is their approach applicable everywhere? Here are my experiences.

First and foremost I’ll make something clear. I am not against, nor for Gracie Barra. I train at a gym with a GB association, and as such, we have access to the Jiu-Jitsu curriculum they use. What I am about to share are my personal thoughts and experiences on how GB organize things, and the lessons we can learn from teaching in an academy in accordance with their philosophies.

A while ago, I got certified as a Gracie Barra coach. There is an online course you take (a long one) that shares lots of the philosophies (perhaps too much) and some of the principles of work of Gracie Barra. It does require you to pass tests after every chapter, and eventually, finish some practical hours in an academy under the supervision of a GB Professor in order to get certified.

That said, doing so opened up the door to a lot of GB content. Let me just say, they have a system in place for everything. However, what I want to focus on is what is the most important aspect of teaching in any BJJ academy – the Jiu-Jitsu curriculum.

The Gracie Barra approach is to put people in different groups, including kids. We’ll talk about different kids groups on another occasion. In the adult system, there are there groups, and hence, three curriculums. The first is fundamentals, then the advanced, and ultimately, the black belt curriculum. They all follow the same pattern – 16 weeks long, a subject for each week, two training sessions per week, consisting of a takedown and two bottom techniques per training session. So, we gave it a try in our academy. And we did learn important lessons along the way.

With the Kids Jiu-Jitsu curriculum, Gracie Barra has quite a good thing going on. Most of what they use in their class structure seems to be working, particularly in a group of kids aged 5-11. Anything older or younger than that requires their own group. 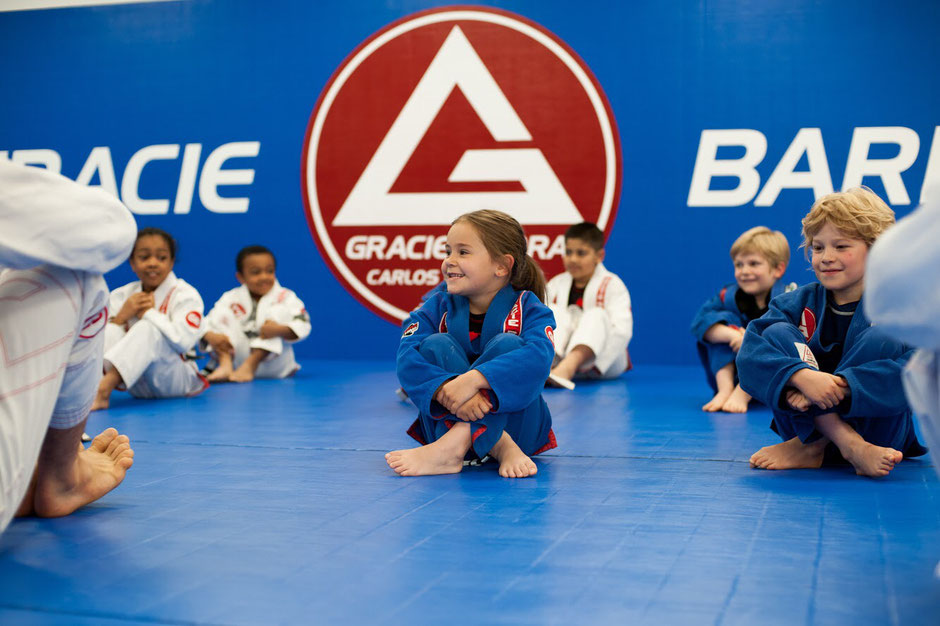 What I really like is the part that does not concern direct technical Jiu-Jitsu. That is the warm-up, physical drills, and especially the games. The approach here is to help kids develop BJJ movements through games and fun. Combine that with a personal connection with the kids and a bit of joking around and you’ve got a happy group that will easily tackle hard things like shrimping or tumbling.

The concept of an end of the class message is also really cool, although I think there should be more variety there instead of just repeating a few subjects over and over again.

Technically speaking, there are too many techniques for kids to really learn. In fact, it tends to turn them off when there’s too much material. Instead, I’d go with fewer techniques per class, and keep a certain subject for maybe a couple of weeks instead of just one.

I also don’t like the GB clock, which is basically the pattern each class should take. I find it too rigid and unnatural, both here and in all other groups.

This portion of the Gracie Barra Jiu-Jitsu curriculum is meant for total beginners. As such, it features a warm-up (could do with some variety). Also, I’d spend a bit more time on subject-specific movement, i.e. drilling movement that has to do with the techniques demonstrated that week.

The technical portion of class starts with a standing technique (in most cases), trained from a self-defense perspective. Most of the things here are plain stupid. While the takedowns themselves are the usual (Judo throws, double legs, etc.) setting them up with unrealistic self-defense scenarios is a waste of time, and puts people off. So much so, in fact, that some of the things won’t even be at home in a Steven Seagal movie, let alone real self-defense situations. 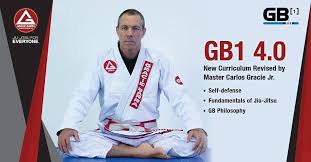 The ground techniques are okay, in general. There are two per training session, which leaves enough time to demonstrate them and let people try them out. Some of the moves are overly complicated for the level, but that’s easily amendable.  Classes usually end with positional sparring and no live rolling. For those just starting out, contrary to most popular belief, I find this to be the perfect formula. After a month or two, people can choose to partake in live rolling.

During two years of the fundamental curriculum, I’ve seen some great results with people coming in with no experience and really getting to grasp BJJ. I’d really completely throw out, or completely re-do the self-defense aspect though.

Also, I’d focus more on the why when explaining the techniques, rather than just using a three-step key points formula. The three steps are great, but people need context, and even though they haven’t trained, they are not morons. It tends to go so much better when they know why they’re doing those three steps, rather than just being robots.

I think this is the Gracie Barra jiu-jitsu curriculum I have the most trouble with. It is intended to be for everyone from a blue belt all the way to brown. To begin with, that is a huge pool of people with very different levels of understanding. Even more so, oftentimes people get to this group after completing two rotations of the GB1 program, meaning they’re still white belts. And the jump is immense.

Once again, the clock is completely unrealistic. BJJ should be al more relaxed than having to finish a warm-up in exactly seven minutes or demonstrating a move for 1 and a half minutes. Particularly in a group of more advanced students.

The takedowns portion is the one thing I really, really like about this part of the GB Jiu-Jitsu curriculum. Although there are several crazy moves in there, most of the techniques are great, and applicable to all levels.

The groundwork, though, is completely out of order. Three’s no point in saying we’re doing side control, this week, just o do long and complicated chains of attacks one training, and even longer and more complicated ones of defense. In these groups. People like to learn more about how the moves work, rather than a bunch of moves stacked upon each other. Too much clutter, and way too little retention, particularly for white/blue belts.

The class structure is ok in general, with mandatory position sparring to wrap a class up. I’d introduce more basic drills at the beginning of class, though, reinforcing people’s fundamentals and coordination.

Given that there are not many black belts where I train, having a group focused on black belts only makes no sense at the moment. As such, I’ve glanced over the Jiu-Jitsu curriculum dubbed “GB3”, but until such a time that I go through it several times, I’ll reserve any opinion I have for myself. You might feel free to disclose any of yours, if you want to, though. Simply comment below.

All in all, I find the Gracie Barra Jiu-Jitsu curriculum very useful, as a guide to setting up your own curriculum. It has been obviously thought through, but not necessarily from the best standpoint for learning jiu-jitsu. GB is a conglomerate that has plenty of focuses, apart from just teaching BJJ.

Just like with everything in Jiu-Jitsu, the goal is to adopt. There is a lot to learn from their curriculum, but it is not equally applicable all over the world. After a couple of years of following (most of it) completely, it is time to branch off and start combining things to both offer people the best BJJ experience and teach them actual jiu-jitsu in the process. When it comes to self-defense, it will be harder, but I’ll definitely skip all the crazy stuff from the GB curriculum altogether. Who knows, perhaps in a couple of years, I’ll write an update of how things work out. 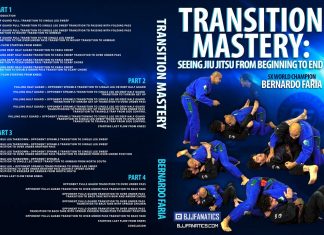 0
Oh, s*$t! This is exactly what it thought when I found out there's a transitions BJJ DVD out there! Learning that it is brand...