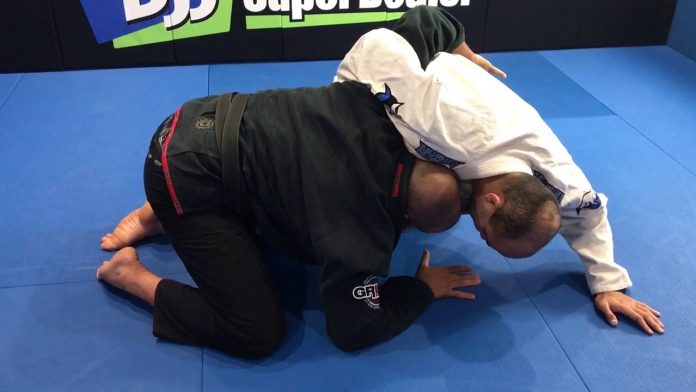 The best moves that work across all grappling martial arts usually have one thing in common. They have an origin in some form of wrestling. Seeing as wrestling is the oldest grappling sport in the world (probably) this makes a lot of sense. Even more so, those moves are mostly moves that are the very basics of grappling. One such example is the wrestling Whizzer. As far as wrestling for BJJ, MMA or any competitive format goes, the Whizzer simply has to be included. It is a multifaceted technique that offers everything a grappler wants – control, attacks, and reversals.

The wrestling Whizzer is actually a means of controlling the opponent’s upper body. Out o the many wrestling tie-up positions, the Whizzer is arguably the most utilized option. It offers a huge amount of control via indirect means. Namely, the Whizzer focuses on isolating one of the opponent’s arms in order to completely control the upper body. The move works from a multitude of positions and is one of the first things wrestlers learn. As such it has a great application in BJJ as well as other grappling martial arts. 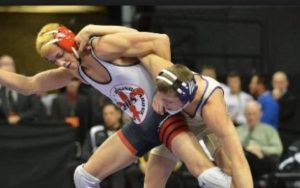 The beauty about he wrestling Whizzer is in its’ simplicity. If you’re expecting a flashy move, you’ll be disappointed. The Whizzer is painfully simple but incredibly effective at the same time. It is a move you can rely on not just to get you out of a tight spot, but to also win you a match.

What Is The Wrestling Whizzer?

The wrestling Whizzer is basically a single leg defense position, before anything else. there’s hardly a better way to deal with a single leg takedown than going for a Whizzer. Technically speaking, the Whizzer is a way of controlling the outside arm of the opponent with your arm. Positionally, it is similar to an overhook. there is, however, a very clear distinction between a Whizzer and an overhook.

The main positional difference is in the placement of the hand. With A Whizzer, the hand of the arm that goes over the opponent’s upper arm ends up on your (or their) thigh. With an overhook, your hand ends up on your chest, similar to a Guillotine Choke. This, in turn, leads to the next difference between the two. The main functional difference between the wrestling Whizzer and the overhook is in the direction of pressure. The Whizzer aims to lift the opponent’s armpit, while the ovehook has the task of bringing the shoulder of the hooked arm down.

From the Whizzer position, against a single leg takedown, the goal is to place your hand on your thigh and lift their armpit. This opens up ample space to circle your leg out and escape the takedown. Furthermore, it offers great control once you have your leg back. When on the ground, things are the same. The most usual position for a Whizzer is the top half guard, where opponent’s give up the position by looking for underhooks.

The Whizzer offers very good control over the opponent by trapping their arm. Since you have a way of pushing and twisting their upper body at will, you can instigate takedowns in any direction, or go for other offensive techniques.

The Wrestling Whizzer For BJJ

In terms of Brazilian Jiu-Jitsu, the wrestling Whizzer is applicable from a very wide array of positions. Apart from defending single-leg takedown attempts, the Whizzer is also great for attacking takedowns of your own. One great option is to reinforce the wrestling Whizzer with a collar tie when you want to execute a takedown. From there, the goal is to twist the opponent towards the opposite side of the Whizzer control. Push back so that the opponent takes a couple of steps back. Once they push back, take the collar tie arm under the Whizzer arm, get both your feet to that side and drop to the mats while rolling towards the Whizzer.

From the top half guard, the wrestling Whizzer offers the option to pass, while preventing your opponent from shrimping away. In this instance, the palm of your hand ends up grabbing the opponents bottom leg providing great leverage. The hand position also ensures there’s no way for the hips to move while you go for a pass. Place your shoulder on the opponent’s ribs and go to your feet before going for a knee cut pass.

The same position offers a great choke with the Gi a well. Once you have the Whizzer from the top half guard you’ll look to sneak the overhook arm all the way into the bottom collar. Use this grip to open up space to sneak four fingers of the other arm inside, above the first arm. As counter-intuitive as it sounds, place the thumb of the Whizzer arm inside the opposite collar. Turn your hips and body toward the opponent, pulling with the elbows and you’ve got a tight Reverse X choke.

Dealing With The Wrestling Whizzer

While ways of dealing with the wrestling Whizzer do exist, they require a lot of work and experience to get right. That said, there are options but going over them is going to be the subject of a future article. However, we’ll offer one important way of dealing with the Whizzer when you’re in half guard. Just remember that the person with the Whizzer is always going to have the upper hand, even when you’re countering., So, the best bet is to get out of the Whizzer completely.

If your opponent has a Whizzer from top half guard you need to act fast. You must use your trapped arm to grab the Gi on the Whizzer arm, at wrist level. Grab the opponent’s free leg with your free arm, underhooking the thigh. Now, use your hips, underhook, and legs to turn on to your back and over to the other side for a sweep.

Do you want to be good at the wrestling Whizzer? How about overhooks? Underhooks maybe? Well, now you can master them all with just one video instructional. Neil Melanson is the man to guide you to the principles of catch wrestling for Jiu-Jitsu. All you need to do is pick up his amazing “Catch Wrestling Formula” DVD set and reap the benefits.