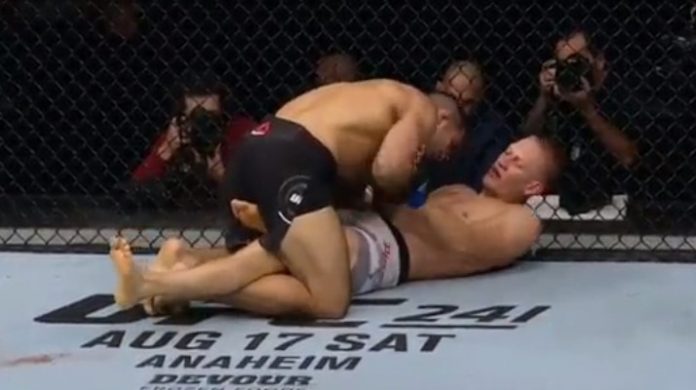 BJJ Legend Rodolfo Vieira performed great in his UFC debut in Paraguay against Oscar Piechota. In a very interesting fight, the former BJJ and ADCC world champion faced a grappler as Piechota is a Black Belt under legendary BJJ fighter Braulio Estima, but the difference in skill and grappling experience decided the outcome of the fight.

Oskar Piechota is well known for his all-around game with no problems at all if he gets to the ground. It was obvious that he wanted to fight Rodolfo on the feet, but Rodolfo managed to stay safe on the feet long enough to take Piechota down in the first round and land some ground and pound to finish the first round.

Congratulations to Rodolfo on his UFC debut win and we hope to see his great performance again and we believe he’s pretty much capable of achieving anything he wants in UFC.