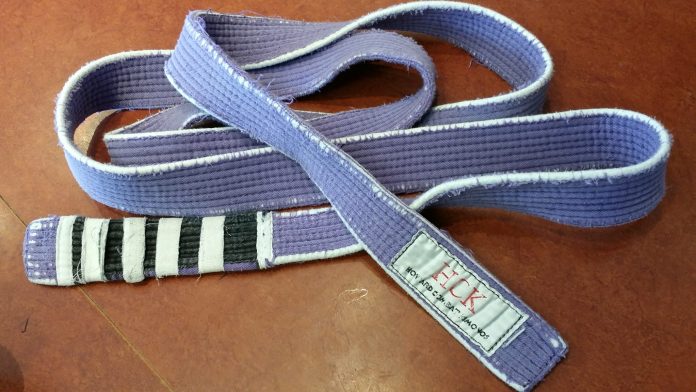 One pet peeve of lots of competitive athletes is their curious proneness to superstitions. No matter the sport, athletes often make up the most unlikely reasons behind their success. Whether they win or lose, they have a ‘supernatural” reason behind it. These beliefs are often so ingrained, that it may be difficult for an athlete to think clearly. And BJJ athletes have not been spared from their share of superstitions. The most curious and potentially smelly one refers to washing BJJ belts.

When it comes to the Gi, people usually unanimously agree that they need to be washed after every practice. It’s just common sense, really. Nobody wants a sweat-infused, smelly Gi pressed upon their face. Now imagine that the Gi in question has been worn multiple times during the week. And it never made it to the washing machine in between. Not the prettiest of thoughts, is it? So why would people think that washing their BJJ belts should be any different? This is where superstition comes in the frame. Time for some myth busting!

There are multiple schools of thought behind the superstition that belts shouldn’t be washed. The reason behind this belief is just one though – washing is going to wash away all the knowledge, or “mojo”.

There’s an old story that probably originates in the Karate circles of Japan as to why a belt should not be washed. According to this myth, people only wore white belts. During the years, dirt, stains, sweat, and other unappealing elements would gather onto the belt. As they accumulated, the belt would turn darker and darker, eventually becoming black. While there is a romantic notion behind wearing a white belt until it turns black, there are plenty more hygienic reasons not to do so. Today, there are different colored belts that outline the knowledge and experience level of a practitioner.

Moving on to modern times, the main reason behind the avoidance of inclusion of BJJ belts in common hygienic practices is the fear of loss of knowledge. Honestly, why the knowledge and “mojo” are taught to reside specifically in the belt is beyond me.  How often did you have to change a belt with a teammate in competition? Did it really affect your results? The IBJJF has a very strict policy regarding the state of competitors’ belts. If a belt is old, ragged and smelly, they’ll force you to change it. Are you going to accept getting DQed or just borrow or buy another belt? I understand the sentimental value of belts, they’re given to us by our masters and symbolize years of effort and dedication. That, however, does not exempt them from basic hygienic rules! 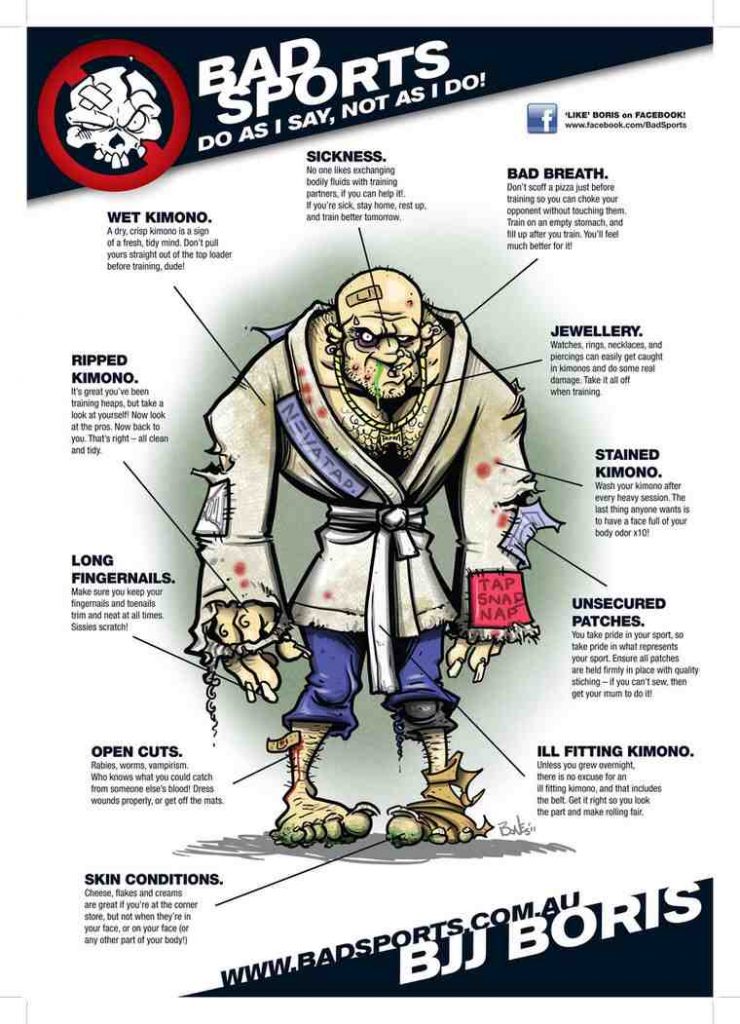 Reasons To Wash Your Belt

The most obvious reason is actually the one with the most serious potential consequences. Hygiene plays a huge part in every sport, even more so in martial arts. In terms of grappling martial arts, like Jiu-Jitsu, hygiene is of the utmost importance. Bad hygiene can shut down a whole school and/or keep people off the mats for months. The constant contact and proximity of grapplers, along with rolling around on the ground create the perfect conditions for microorganism growth. And where there are bugs, there are potential infections looming.

Wearing an unwashed piece of training apparel is a rolling health hazard. Belts are made up fo materials that soak up everything they come in contact with. For starters, you’ll get at least 4-5 different people’s sweat on it in one single training session. Next, BJJ belts tend to collect little bits and pieces as you roll. Bacteria, fungi, viruses and other disease-causing agents can find fruitful soil in the grooves of your belt. Despite posing a threat to your own health, you are now a means of transport for those bugs to get on other people. And, although you might not catch anything, someone else will.

Imagine that a training partner hasn’t washed their belt in ages. Even though you’re aware and try to avoid him/her, you can’t avoid the mats. A dirty belt gets around everywhere, disseminating its contents along the mat surface. Before you know it, you face deep into everything that lives on a “wise” unwashed belt. The dreaded “staph” is caused by a bacteria named Staphylococcus Aureus. This pesky little critter can survive on your belt, or the mats, for months. It’s a Petri dish you’re tying around your waist every time you train!

How To Keep BJJ Belts Clean

Washing your belt is not much of a science. Take a little of the stuff you use for your Gis, put it in the washer along with other appropriately colored garments and press “On”. Alternatively, you can always do it by hand. Just make sure you’re thorough, cause “Staph” most certainly is. 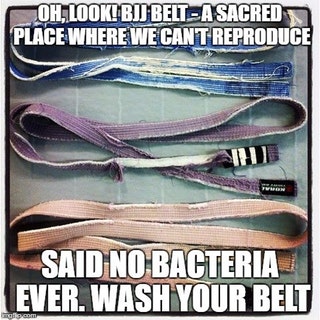 Then again, if this article is the one to convince you to finally wash your belt, you might need to go with heavy artillery at first. Namely, there are laundry products that are aimed at getting rid of potentially pathogenic microorganisms. Defense Soap makes one, that seems promising. Just pour some into your regular detergent for a double blast. Actually, since your belt has been in contact with all your gear just throw everything in there!

Finally, if you’re still reluctant to “wash your knowledge off” there are alternative routes. They might not be as effective as immersing a belt in detergents, but they’ll do the trick. First, give your belt a little breathing space. Instead of keeping it tight in your gym bag, hang it out. And not just anywhere, but somewhere with a breeze. Or high-speed winds, depending on how long you’ve had it for. On the other hand, if you’re in a windless part of the world, then leave it out in the sun. Since bacteria love moisture, both these methods will help rid your belt of unwanted flora.

In summary, washing BJJ belts are not a convenience. It is a mandatory practice for everyone. It doesn’t have to be after every training session. Every couple of weeks is plenty.