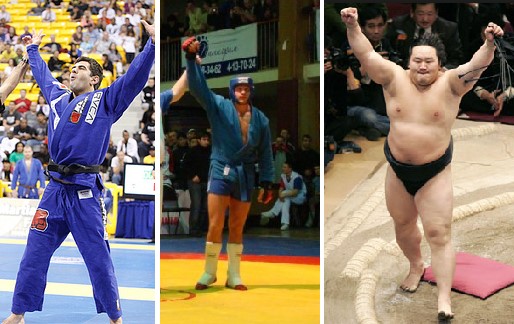 So why we won’t say that wrestling is the most effective grappling martial art? Because of the rules. There is no finishing in wrestling and that plays a huge roll in terms of effectiveness, right?

The same is, for instance, with Judo. Why isn’t Judo the most effective grappling martial art? Simply because Judo’s groundwork is very limited in comparison with some other grappling sports.

It’s clear now what I want to say. The most effective grappling sport is the sport that has the least rules.

According to that, we’re left with BJJ, Catch Wrestling, Luta Livre, freestyle Sambo, Judo Newaza, etc. Those are the sports that have the least rules and we still have to decide which one is the best and, of course, put some arguments in.

I would say that BJJ is the most effective martial art and here are three simple arguments.

The first one is that BJJ incorporates every useful technique from any grappling sport. There is no limit. Whatever you find useful in Judo or wrestling or in any other grappling sport you can use in BJJ.

The second argument in favor of BJJ is that BJJ is a much bigger sport then all those with the least rules. And the amount of practitioners and competitors ensures that the sport is constantly progressing and evolving.

And the third argument is the ADCC! ADCC is considered to be the Olympics of grappling sports and the only guys who win it are guys from BJJ. There are some wrestlers around but they also train BJJ.

Do you agree with my vision of the most effective grappling sport? Or I’m completely wrong? What arguments do you have? Tell me in the comments!