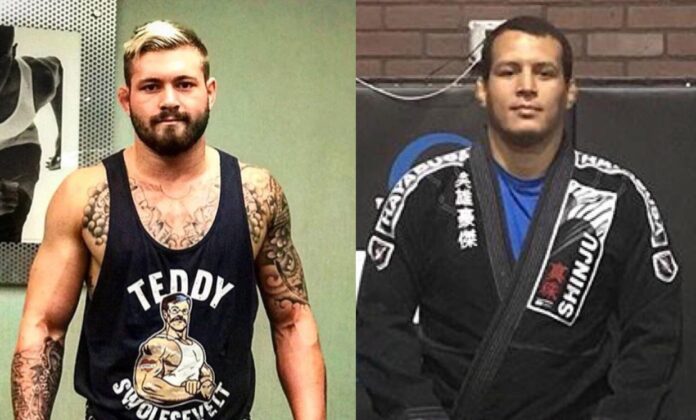 Gordon Ryan was already set to headline the UFC Fight Pass Invitational 3 event with his opponent just now revealed as the man that once beat Gordon – Vinny Magalhaes.

There is no denying that Gordon Ryan is the best grappler in the world, after his dominant performances over anyone that dared to slap and bump heads with him. It seems though, that after making history at the ADCC 2022, Ryan is now out to avenge all his early career losses, and the time has come for a redemption bout with Vinny Magalhaes.

When Gordon Ryan and Vinny Magalhaes last met in 2018 at the ACB JJ 13 event, Magalhaes was the one that walked away with the win, defeating Ryan on points in a three-round event.

The pair now meet in the UFC Fight Pass Invitational 3 event, which airs on the biggest combat sports streaming platform in the world. With Ryan already beating the only other person to defeat him, Felipe Pena once, and with another match between the two scheduled for February, avenging that one pesky 2018 loss to Vinny is obviously next on the “King’s” agenda.

Vinny though is one of the toughest grapplers in the world and will go the extra mile to prove a point. He got his leg broken twice in a match with Craig Jones before finally conceding that leg locks do work. Vinny Magalhaes is definitely going to be a stern test for Gordon.

The only concern is that under UFC Fight Pass Invitational rules, the match might end as a draw.

The UFC Fight Pass Invitational 3 event is going to take place at the UFC Apex Center in Las Vegas on December 15.

Apart from the main event featuring Gordon Ryan vs. Vinny Magalhaes, the co-main event will see one of the best female grapplers in the world, Beatriz Mesquita face off against former Strikeforce and UFC champion Miesha Tate in the co-main event.

On top of the super figs, there will be an 8-man absolute tournament o the card as well, with the winner set to walk out with a $25.000 prize.