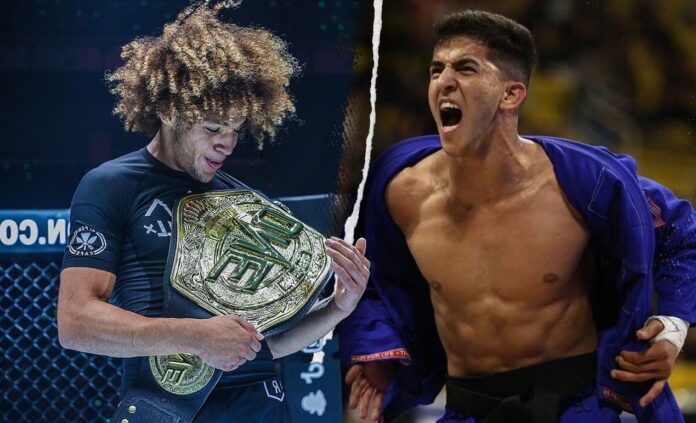 Kade Ruotolo will defend his ONE submission grappling lightweight title against the seasoned and dangerous World Champion Matheus Gabriel on December 2 at the ONE on Prime Video 5 event.

Kade Ruotolo has no intention of slowing down in 2022, even as the year draws to an end. The ADCC lightweight champion and inaugural ONE submission grappling champion is set to face yet another huge opponent in BJJ World and Pans champion Matheus Gabriel on December 2 in one of four title bouts on the main card of Othe NE on Prime Video 5 event.

Ruotolo feels that he is now the person everyone’s after rather than the young underdog, which puts him in a new and unfamiliar role, that he openly accepts:

“I feel like I’m the hunted rather than the hunter. I’ve always been looking after that number one spot, trying to get to the top, and now it kind of almost feels like I’m there.
I got a lot of hungry people coming after me. And that’s exactly what I want. So I can’t wait to face everybody.”

Matheus Gabriel, a Checkmate representative and one of the best featherweights in the world is certainly going to be a big test for young Kade, known as one of the most difficult grapplers to submit, but Ruotolo is very confident in his skillset. Just recently, Kade publically claimed that nobody could leg lock I’m and his brother, and that included Gordon Ryan.

With both grapplers big on submissions, and both quite difficult to submit, the no-points rule setting in the ONE circle make this a particularly interesting match to watch.

In his last outing for ONE, Kade easily won the lightweight submission grappling belt by submitting Russian Sambo Champion Kurzhev with a leg lock and has been building a new gym in Costa Rica from scratch with his brother Tye in between matches, with their favorite pastime being teasing Gordon Ryan on social media. 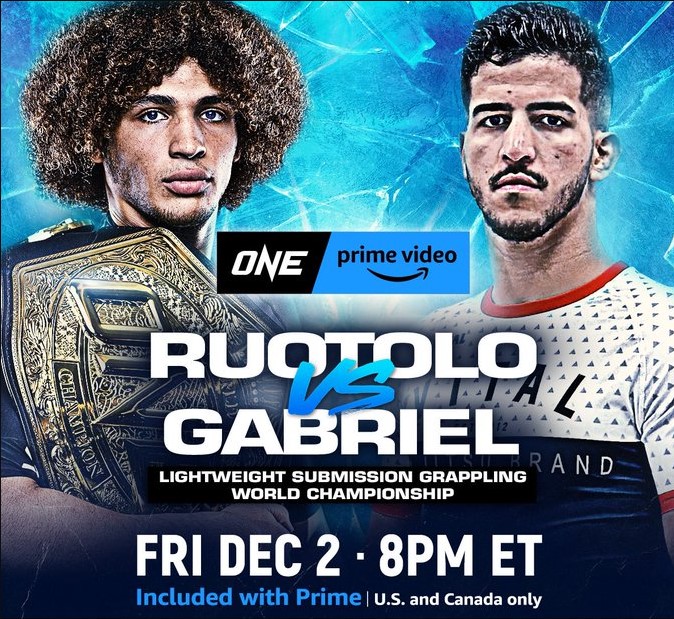