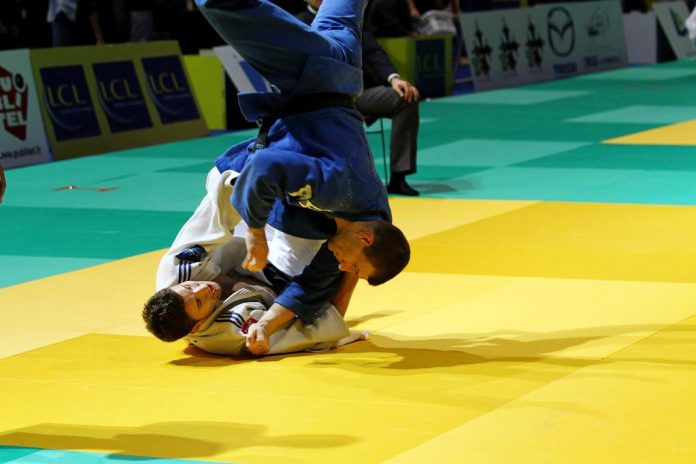 The key thing that is a mark of advanced grapplers is the ability to adapt to situations. Hand in hand with those abilities goes the skill of combining techniques that are similar in nature. This is a great way to ensure that you can accomplish a specific goal using whatever is at your disposal, as opposed to forcing a singular technique. A great example of this ar takedowns. After blue belt, you’ll hardly manage to pull off a takedown by going for just one well-practiced move. It doesn’t matter how good you are with it, people are going to be able to block it with relative ease. This is where combinations and systems come into play. A great one for grapplers of all levels is the Sumi Gaeshi – Tomoe Nage takedown system for Brazilian Jiu-Jitsu.

The thing with the  Sumi Gaeshi and the Tomoe Nage throws is that people in BJJ often use them in a wrong manner. On top of that, even Judokas do not combine these two neighboring moves too much, which is a real shame. For BJJ, these throws offer all the rewards without any of the risks. The reason for this is the fact that they put you under an opponent, which is arguably the second best place to be, apart from heavy top positions. Ending up under an opponent means you have control over their center of gravity and their legs are going to pose no problem. Furthermore, it means you can enter into the throws from a variety of guards, in addition to the usual attacks from the feet.

The Sumi Gaeshi takedown is one of the most attractive moves that do not place you in a risky spot. To that effect, attacking the Sumi Gaehsi can be done in three distinct manners.

The first approach is a proactive one. To attacks with a Sumi Gaehsi, you’ll need to have the opponent’s posture completely broken. This is achieved through Kuzushi or off balancing your opponent by using a sleeve grip. Once you have the opponent leaning towards you, place a grip on their belt, right on the middle of their lower back. This places your elbow into position to press on their spine, keeping their posture broken for good. Now, place the same side leg as the arm holding the belt inside the opponent’s same side thigh. From there on, you get to your butt and kick with the hooked leg, sending the opponent flying over.

The reactive path of attacking the Sumi Gaeshi is off a single leg takedown attempt. WHenver an opponent has you in a single leg, they’ll need to secure the leg before getting you down. Simply placing the belt grip is going to prevent the takedown. From there, your leg is already in a position for the throw.

Finally, open guards like the butterfly guard or the butter-half guard are also prefects for a Sumi Gaehsi. Once you have a hook in, there’s no escape.

The Tomoe Nage is somewhat different than the Sumi Gaehsi. It is crucial to be able to make a difference between the two, in order to be able to use them as a combination. For one, the Tomoe Nage is a throw that you execute on an opponent that has an upright posture. Secondly, the positioning of the leg is not inside the thigh as a hook, but on the hips, very similar to a guard pull.

The Tomoe Nage has two great variations – the straight and side or Yoko Tomoe Nage. For the straight version, you want to have a sleeve and collar grip and of course, off balance the opponent. The goal is to make them pull their hips back. As they do, you can place your leg on their hip. This makes most people retreat, even more, expecting a guard pull. As they try to pull their posture up, you simply jump up towards them and go for the same site and roll motion as with the Sumi Gaeshi.

The Yoko Tomoe Nage is quite an advanced version that you’ll need to drill a lot. It involves you falling at an angle so that when you throw your opponent, they spin through the air in addition to going over you. The beauty is that it works off a straight Tomoe Nage as well as as a Sumi Gaeshi.

Travis Stevens has a black belt in both BJJ and Judo. When you’re looking for takedown advice, his material should be on the top of your list. Especially when he’s presenting it with the help of a Judo legend Jimmy Pedro. “The Takedown Blueprint” DVD instructional is the only instructional you’ll ever need to ensure your Judo for BJJ is of a world-class level.

Putting It All Together

The first thing that determines your takedown success with the Sumi Gaeshi – Tomoe Nage is how your opponent reacts. The best way to go about things is to try to get the Sumi Gaehsi first. The usual trouble with trying a proactive Sum iGaehis setup is that the opponent’ won’t give away their posture lightly. This, however, sets them up for a perfect Tomoe Nage entry. But the cycle doesn’t end here.

The great thing about this system is that you can switch between takedowns. If the opponent decides to peel off the leg you’re placing on the hip for a Tomoe Nage, you can always go in two directions. Once, you can try to get the posture down again, which this time is going to be easier. Of course, if that doesn’t work, there’s no need to give up. Instead, change the angle and give the Yoko Tomoe Nage a try. Out of the three, this one is bound to work if you get it right. And, of course, you can also always throw in a guard pull to make things interesting.

Actually, you can use a fake guard pull to set all of the above techniques up.  As a bonus, know that you can hit everything both form standing and from butterfly guard variations as well. Keep experimenting with it and remember that you need to accomplish a goal, not just finish a technique. And the goal here is to send the opponent flying!

Throws And Takedowns For BJJ That Really Work